After years of relying on a single controversial test at age 4 for admission to their gifted programs, New York City schools are about to embark upon a new way to identify gifted students.

The city’s Department of Education announced in February that it would stop testing students for its gifted program, which places top students in schools with curriculum designed for high academic achievement. Instead, preschool teachers will refer students for consideration.

The city’s new schools chancellor, Meisha Porter, who was named to that post March 15, has said that overhauling the gifted and talented system is one of her top priorities. That means the new system likely won’t be long-term, though there’s still reason to be concerned. Research has shown that teacher referrals tend to lead to fewer Black and Hispanic students’ qualifying for gifted programs, though Black teachers refer Black students more equitably.

As an education researcher who studies how test data can help teachers tailor their lessons to students’ needs, I believe gifted education is a vital service to help students with exceptional academic ability realize their full potential.

A fraught program to begin with

NYC’s old system was rife with inequities and is due for an overhaul. But I worry the new system will be another blow to children and families of color – a group that has already suffered disproportionately during the pandemic.

That’s not because the system was an exemplar of best practices, but because the system’s practices were so consistently criticized by gifted education experts. Its visible failures in equity could sway public opinion against gifted programs more broadly.

For years, advocates for students in NYC have argued that using high-stakes tests on 4-year-olds to determine their school placement for the entire K-12 experience is unfair. It disadvantages students who didn’t attend academic-style pre-K or early enrichment programs.

Researchers have also demonstrated how access to information added to the advantage some parents had in New York City. These parents knew about the testing process, signed up for the testing at higher rates, and could pay for test prep programs to optimize their children’s chances of selection.

2. It used ‘one and done’ identification

The standards from the National Association for Gifted Children, a leading organization promoting gifted education, emphasize that students should have opportunities throughout their K-12 education to demonstrate the need for advanced or accelerated instruction – usually provided through gifted education services.

Any test administered at age 4 will quickly cease to provide useful information, as students develop at different rates. Some accelerate during the elementary or high school years, while others who initially looked precocious settle into average achievement.

A 2006 study showed that of the students who scored in the top 5% on a test in one year, about half will score in the top 5% the next year. In other words, if they were tested again the following year, up to half of “gifted” students wouldn’t make the cut.

3. It limited which students fully realize their potential

Selecting students for a full-time gifted program means that students who excel in one or more academic areas, such as English and verbal expression, but not in others, such as math or science, will be overlooked.

Among highly able students, research suggests at least 15% have at least one academic area that is markedly weaker than their others.

As news reports have drawn national attention to New York City’s decisions, activists have called for dismantling these types of programs across the country. They argue that gifted programs are unnecessary, and that regular classroom teachers can serve all students at once.

But research shows that many students start the school year performing well above grade level and are left to become bored and not reach their full potential.

And when public schools don’t offer services to high-achieving students, it’s natural that many parents in high-income families will seek out private services and additional opportunities for their children. Kids from low-income families, however, have fewer options to supplement their school experience.

By failing students with advanced academic needs who come from underrepresented groups, New York City’s Department of Education risks losing the entire gifted program. I believe new solutions must be systemic and targeted – like those taking place outside Chicago that have expanded the number of students served by these programs and give all students full consideration to identify their academic talents. An overhaul is possible, but it has to start with evidence-based practices, not quick fixes. 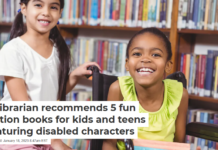 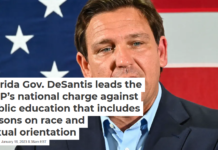 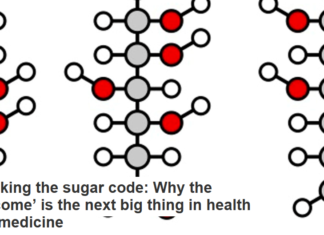 Migraine sufferers have treatment choices – a neurologist explains options beyond...