Stories of teens taking and sending a naked picture of themselves with their phones have been all over the news media in recent years. The outcome? Shocking, according to reports which have suggested that humiliation and sometimes even suicide can follow.

But what is the reality? Sexting is often seen as a dicey electronic version of “I’ll show you mine, you show me yours”. Many teens (and adults) engage in it. Indeed, some are suggesting that it is becoming a “normal” part of adolescent sexual development. And in general, few psychological problems (if any) are correlated with the behavior.

Here’s the bottom line: research suggests that most photos don’t end up in disasters, either socially (being passed around, teased, bullied) or criminally (being prosecuted).

Such outcomes are possible, but they aren’t highly probable. We should make kids aware of these possibilities, but we have to do that without suggesting that disaster is likely or, worse, inevitable.

Sexting is a crime when it involves sending nude pictures of anyone under 18-years-old. A study of thousands of sexting cases found that those selected for criminal prosecution in the US in 2011 involved adults asking teens for pictures, or cases of obvious coercion, threats or blackmail. The researchers pointed out that the cases that come to the attention of authorities are more likely to have aggravating circumstances.

Whether the authorities are actively choosing not to prosecute more run-of-the-mill sexting, or whether they are prosecuting teen-on-teen sexting but simply rarely seeing it, is unclear. The news media continue to cover stories such as the recent case in Oakland County, Michigan, but true to form, that case went beyond two teens exchanging photos, and involved boys collecting groups of photos for purposes unknown.

If a teen sends a nude photo to a friend, how big is the risk that it will result in serious harm? Recent research is downplaying that risk. I have found that more than three-quarters of teens who sext believe their photo went to the intended recipient and no one else. These teens might be wrong and spreading photos around might be more common; but if the sender believes it has been kept private, then they probably weren’t traumatized by a mass exposure.

When I studied the after effects of sexting, I found that most incidents didn’t have much of an outcome at all – either good or bad. Most kids didn’t describe trauma or bullying, but neither did they describe newly-acquired boyfriends or increased popularity. The most common outcome was generally “feeling worse”, but even that happened in only about one-quarter of the cases.

Not all sexting is about fun and games. Image via www.shutterstock.com
Shutterstock

Yet there are risks to sexting that have been largely ignored. A lot of sexting is done to attract the recipient – either by an existing girlfriend or boyfriend, or by someone who wants a relationship with the recipient.

It’s becoming increasingly clear, however, that not all sexting is about fun and games. My biggest concern is when kids under 18 – often girls – are pressured by their peers to engage in sexting that they really don’t want to do. The younger they are when they sext, the more likely they are to report that they succumbed to pressure. And that pressure isn’t rare.

Is it time for sexting ed?

Hannah Rosin’s recent article in The Atlantic told the story of a town in Virginia that discovered an Instagram page featuring a compilation of nude pictures of local girls.

Officials also found – to their astonishment – that sexting appeared to be widespread and common, and that issues such as widespread exposure and criminal liability were far from the minds of the teens involved. Any parent might ask, why haven’t students been taught about the criminal nature of underage sexting? Why haven’t students been warned about how devastating it could be to have a nude photo become public?

The problem, in my experience, isn’t that adults don’t issue these warnings. The problem is that kids don’t hear them. That deafness probably results from credibility issues. Why should you trust a warning that contains inaccurate data?

Sexting warnings are the same. If our information isn’t correct, if we’re issuing dire warnings about outcomes that are, in reality, pretty rare, then our message isn’t heard.

The conversations that will ring true with kids aren’t about the law or about social humiliation. These conversations should address the common risks and problems sexting poses, like being pressured to send pictures, or pressuring someone else to send pictures. Some teens may not understand that pressuring someone into sending naked pictures can be sexual harassment. There are no social rules about when it’s OK to take or post a picture without someone’s consent – but 70% of the teens I study say that there should be commonly-accepted and agreed-upon guidelines. “Sexting ed” could help us all develop such social norms.

Both sex and technology are topics that can be anxiety-ridden for parents, and it can be difficult for kids to believe there is any risk when they see so many peers sexting without consequences.

It’s important for parents to discuss risk, but also to discuss them realistically. Talking with your children about obeying the law, respecting others’ privacy, everyone’s right to keep their bodies private, and what values you have about this issue is what parenting around sexting is all about.

Elizabeth Englander does not work for, consult to, own shares in or receive funding from any company or organisation that would benefit from this article, and has no relevant affiliations. 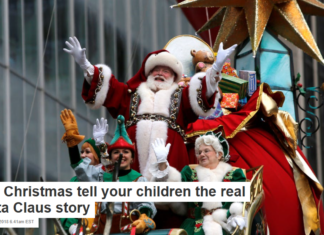 Australia’s transport is falling behind on energy efficiency