The official starting date for the Atlantic hurricane season was June 1, which happens to coincide with one of the major renewal dates for catastrophic wind reinsurance coverage.

Reinsurance is the process of insurers transferring risk they take on – by offering protection to homeowners and others – to other insurance companies (that is, reinsurers). It plays a critical role in the management of catastrophic risk, as it provides a mechanism for insurers to transfer some of their exposure and helps protect them when losses surge after extreme wind events like hurricanes.

Typically, this risk is spread further still, either by the insurer purchasing policies from multiple reinsurers or when a reinsurer sells part of the risk to other reinsurers operating in that market.

In addition to providing a mechanism for insurers to manage their exposure to catastrophic risk, catastrophe reinsurers potentially benefit through diversification by covering different types of catastrophes (such as from extreme winds, floods or earthquakes) and covering those risks across a wide geographic area. For the largest reinsurers, this could be on a global basis.

But these important benefits may be less valuable in a market where reinsurance pricing does not sufficiently reflect the risks. That’s been happening in recent years as the reinsurance market has experienced “soft” conditions – a decline in the pricing of catastrophic wind risk combined with ample reinsurance capacity. The trend has continued this year.

While lower prices provide obvious benefits to regular insurance companies (and potentially consumers) in the short to medium term, it also increases the likelihood of price spikes and a sharp drop in reinsurance capacity in the event of a very large catastrophic loss or a series of substantial shock losses.

The experience of the Florida market following the combined losses from the 2004 and 2005 hurricane seasons illustrates the potential problems when large shock losses result in significant price volatility.

The last significant hurricane event in Florida before that was Andrew in 1992. Typically, major hurricanes (category 3-5) occur once every 14 to 20 years across south Florida.

Following Hurricane Andrew, homeowners’ insurance showed small gains in underwriting profitability in each of the 10 years prior to 2004 – when four major hurricanes hit the state from August 13 to September 26.

However, those underwriting gains were wiped out after the market experienced almost US$36 billion in combined hurricane losses for 2004 and 2005.

Given the size of the losses, a jump in insurance rates was expected. But the magnitude was even greater due in part to substantial price increases from the reinsurance market. Concerns about affordability of insurance for property owners in Florida were one of the key issues in the 2006 gubernatorial election, and this led to a special legislative session on property insurance reform.

There also were calls for a national solution through the creation of a federal catastrophic wind risk pool, in which coverage for extreme wind events would be provided by the US government. While there was little support outside Florida for this type of approach at the time, the debate in the US about establishing a mechanism for insuring catastrophic wind risk at the national level has been ongoing and predates the substantial losses from the 2004 and 2005 hurricane seasons.

In order to better understand geographic diversification of catastrophic risk, two colleagues and I used a catastrophe model and property data from the 2010 American Community Survey to calculate damage from tropical cyclone events (hurricanes and lesser tropical storms). We also looked at relevant causes of losses (wind, rain and storm surge) on property portfolios that ranged from single structures to an amalgamation of every residential exposure within the state of Florida to a larger risk pool of multiple combinations of coastal states in the southeastern US.

We wanted to understand whether and where diversification benefits accrued as risks were aggregated over an increasingly wide geographic area. We found that benefits began to accrue when the distance between exposures was around 140 nautical miles (about the average swath width of a tropical cyclone).

For the less severe but more frequent losses that result from hurricanes and tropical storms that strike once ever 20 to 25 years or less (known as the return period), there appeared to be no benefit of greater geographic diversification.

However, for less frequent, more severe events – those that have a return period of more than 25 years, including 1-in-100-year hurricanes like Katrina and Andrew – there were clear diversification benefits from spreading the risk over more states. Additionally, those gains increased with the return period.

The impact of these benefits becomes more meaningful when they are quantified. For example, the claims-paying capacity (how much capital would be needed to cover all anticipated losses) required for a 1-in-100-year event for the eight coastal states from Texas to Virginia, each operating in isolation, would be just over $130 billion.

But as a combined risk pool, such an event for the entire region is just over $71 billion, or $59 billion less. Based on these results, the risk pool requires significantly less capacity across time than would be required by treating each state in isolation.

The most common argument against establishing such a risk pool is that it creates a subsidy for the higher-risk members of that particular pool. The debate is not limited to property insurance; in Obamacare, for example, younger individuals subsidize older ones.

For catastrophic risk coverage more broadly, the question takes the form of: why should someone in the state of Alabama subsidize the catastrophic wind risk of a resident of Florida or Texas? Or why should inland residents subsidize those living on the coasts?

While the debate from these types of questions is important, it typically occurs in the absence of meaningful empirical evidence that compares the cost of subsidies with the benefits of pooling and potential reduction in taxpayer losses after catastrophe has occurred.

As our results indicate, those arguments become less valid as we look at longer return periods because each state in the pool that we evaluated benefits from geographic diversification. As such, we would argue that these benefits across time outweigh the subsidy costs.

As we begin the 2015 hurricane season, we do not know with certainty whether or not we will experience a major hurricane event this season or where it would occur. We do know, however, that the pooling of catastrophic risk – whether in a private market, through reinsurance, in a regional or national public pool or some combination – can provide meaningful benefits in terms of geographic diversification. 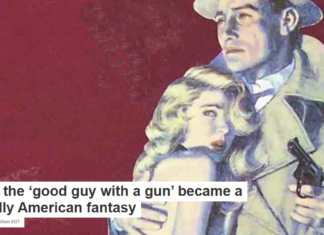 Staff Writer - June 7, 2019
Susanna Lee, Georgetown University At the end of May, it happened again. A mass shooter killed 12 people, this time at a municipal center in...

The ‘runner’s high’ may result from molecules called cannabinoids – the...