Fashion shouldn’t cost lives and it shouldn’t cost us our planet. Yet this is what is happening today. Globalization, fast fashion, economies of scale, social media and offshore production have created a perfect storm for cheap, easy and abundant fashion consumption. And there are few signs of it slowing down: clothing production has nearly doubled in the last 15 years.

With Earth Day and Fashion Revolution week upon us, fashion lovers need to reflect on how their consumption has an undeniably negative impact on both planet and people.

Fashion is rife with gender inequality, environmental degradation and human rights abuses — all of which are intrinsically interconnected. The Fashion Revolution campaign began because of the unresponsiveness of the fashion sector to the continuous tragedies that occur in the making of clothing, such as the death of 1,138 garment workers when the Rana Plaza factory collapsed in Dhaka, Bangladesh, on April 24, 2013.

Fashion Revolution aims to bring awareness to these injustices by highlighting the hands and faces of those behind the things we wear.

Fashion is one of the most labour-intensive industries, directly employing at least 60 million people.

Handicraft artisan production is the second largest employer across the Global South. India counts some 34 million handicraft artisans. Women represent the overwhelming majority of these artisans and today’s garment workers. The Global Slavery index estimates 40 million people are living in modern slavery today, many of whom are in the Global South working in the supply chains of western clothing brands.

Modern slavery, though not defined in law, “covers a set of specific legal concepts including forced labour, debt bondage, forced marriage, slavery and slavery-like practices and human trafficking.” It refers to situations like forced to work overtime without being paid, children being forced to pick cotton by the Uzbekistan government when they should be in school, women being threatened with violence if they don’t complete an order in time and workers having their passports taken away until they work off what it cost for their transportation to bring them to the factory, their living quarters and food.

Colonialism and enviromental racism must be addressed if we are to tackle climate change, gender inequality, environmental degradation and human rights abuses. The poorest people on the planet and their cheap labour are exploited to make fashion clothing.

These workers are the ones who work overtime without pay and return home to contaminated toxic waterways from the factories. They suffer from diseases caused by living in devastatingly polluted areas.

When “we,” the western world, are finished with our fashions, we export back our unwanted clothing to these nations in the Global South. These “donations” destroy these communities by filling up their landfills and deteriorate their local economies as local artisans and businesses cannot compete with the cheap prices of our discarded donations.

Transparency and traceability is key

We can no longer afford to live the same lifestyle we have become accustomed to. According to a report by the Ellen MacArthur Foundation, the fashion industry produces 53 million tonnes of fibre each year, more than 70 per cent of that ends up in landfills or bonfires and less than one per cent of it is used to make new clothes.

More than half of “fast” fashion produced is disposed of in less than one year. A truckload of clothing is wasted every second across the world.

The average number of times a garment is worn before it ceases to be used has decreased by 36 per cent in 15 years. Polyester is the most common fibre used today, as a result, half a million tonnes of plastic microfibres are released per year from washed clothes — 16 times more than plastic microbeads from cosmetics — contributing to ocean pollution.

Five things you can do now

We cannot keep chasing the cheapest labour and exploiting natural resources forever. Business as usual is no longer an option. In light of the positive change that is needed to tackle climate change and create an equitable future for everyone, here are five things you can do:

Ask questions, educate yourself and act consciously. Who made your clothes? How will this product end its life? How long am I going to use this product for? Do I really need it? What is it made from? Does the price reflect the effort and resources that went into this?

2. Wear what you have

Don’t throw away your clothes, shoes and accessories. There are ways to keep them out of landfills (reuse, resell, swap, repair, tailor, donation, hand me downs). Can it be repaired? Tailored? Learn to care for your clothes, the longer we keep wearing items, the more we reduce the emissions footprint of our closet.

3. Find alternative ways to be fashionable

Buy vintage, reduce, rent, resell, reuse, swap, repair, tailor or share. Think about the impact you want to make and whether you can sustain that? E.g. reducing plastic use, using less animal products or supporting local businesses.

Knowing what works for you, your body and your lifestyle will have you feeling fabulous all the time (regardless of what the latest “trends” are).

5. Support ethical producers — but only if you need something

You can’t buy your way into sustainability. Overconsumption has led us to an unsustainable ecosystem. We need to reconsider what are “our needs” are vs. “our wants.” The abundance offered to consumers is far greater than any need. Consider Livia Firth’s #30wears campaign which encourages consumers to ask: Will I wear this item a minimum of 30 times? “If the answer is yes, then buy it. But you’d be surprised how many times you say no.” 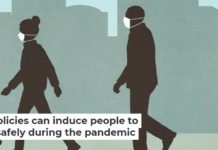 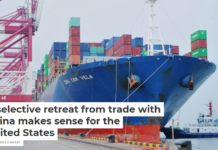 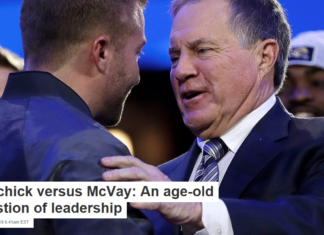 Belichick versus McVay: An age-old question of leadership

Staff Writer - February 2, 2019
Megan Gerhardt, Miami University Super Bowl LIII will pit the Los Angeles Rams against the New England Patriots, but the sidelines will be the setting...