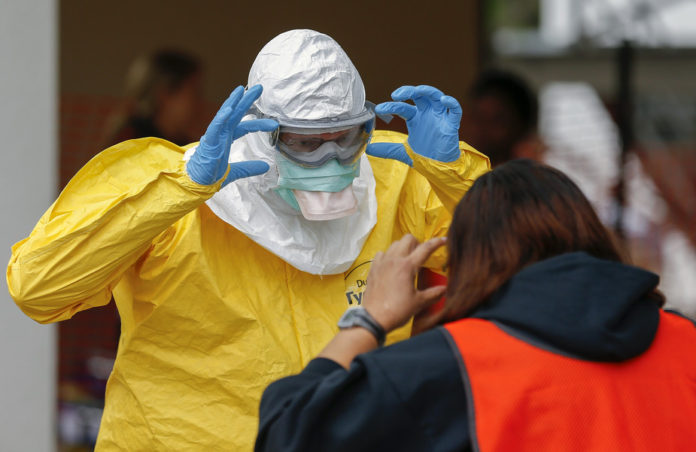 Like SARS and swine flu before it, Ebola has put the threat of pandemic disease back in the spotlight. But this time, the debate has reached far beyond what happens “if” or “when” a natural outbreak goes global and has started to engage with issues surrounding the weaponisation of disease. Could Ebola be turned into a weapon?

On the surface this is not necessarily a problem. The prospect of bio-warfare is obviously a major concern, as is the prospect that naturally occurring disease could potentially provide the resources for biological arms. In itself, this is clearly a threat that warrants discussion.

But even leaving aside that Ebola would by all accounts be a very diffcult pathogen to weaponise, the way the debate is proceeding is inappropriate.

This is not a discussion of the general issues of bio-warfare, but is focused exclusively on bio-terrorism – and more specifically, on the claim that Islamic State (IS) is on the verge of attacking the US with Ebola.

Particularly within the Republican Party, American politicians have been extremely quick to crowbar Ebola into the security debate about IS: Republican Ron Johnson and his party compatriot Mike Kelly have both been outspoken proponents of the theory that IS is all set to use Ebola against the West. Similarly, Marc Thiessen, a former speechwriter in the George W Bush administration, has made a passionate plea in the Washington Post that the US address this as a serious concern.

Such claims have already been subject to dispute. It is argued that Ebola is incredibly difficult to turn into a weapon, and that the efforts involved in doing so are simply not worth IS’ time. And while there are reports that IS websites are now calling for an Ebola strike, even the director of the FBI – James Corney – says there is no concrete indication that IS is about to bring the disease to America.

But whether or not such an attack is imminent is only part of the issue. Equally, if not more, troubling is the way in which the US’s Ebola response has so swiftly been distorted into a paranoid argument about IS.

Of course, this is far from the first time we have seen the threat of weapons of mass destruction (WMD) used to distort the terms of national debate – and nor is it the first time this has occurred with no evidence to support the alleged threat.

As with the 2003 Iraq war, unproven inferences and implications about biological and chemical threats have been applied to manipulate political discussion. From the Republicans’ point of view, this is a convenient way to hype up current threats and paint the Democrats as incompetent stewards of national security. But their distortions also demonstrate a serious potential risk to the integrity of US foreign policy in general: there is nothing to stop other politicians from using this tactic to warp the US’s response to any future adversary or threat.

Essentially, because threats such as the prospect of an Ebola-equipped IS still provoke a level of fear far out of proportion to their actual plausibility, the days of using WMD as a political tool are far from over.

Meanwhile, this inane debate over such an uncertain threat is obscuring the urgent problems at hand.

Even if Ebola were to appear in the US, natural or accidental outbreaks of disease and weaponised attacks are fundamentally different. Deliberate infection requires motivations and tactics and would spread in completely different ways to a natural situation. Confusing the two at this time of crisis is unhelpful, and could have disastrous consequences.

If concerns surrounding terrorism distract politicians from what is really happening, the wrong measures may be put in place. Political debate and action needs to refocus on Ebola as a natural pandemic risk, and not get sidetracked by attempts to shape policy elsewhere. However much the Republicans want to succeed in the mid-term elections, using Ebola as a political football over ISIS will not contain the outbreak.

Above all, this is an unnecessary distraction from the real Ebola crisis: Bio-terrorism in itself is a valid danger, but it is not the one currently killing thousands of people throughout West Africa.

Michelle Bentley does not work for, consult to, own shares in or receive funding from any company or organisation that would benefit from this article, and has no relevant affiliations. 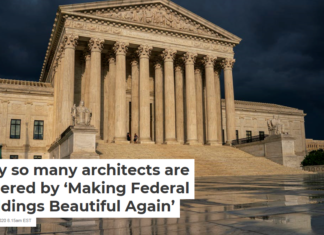 Staff Writer - February 12, 2020
Kai Gutschow, Carnegie Mellon University Decades of federal architectural policy would be upended if the Trump administration follows through on an executive order that was...