People love to declare the end of feminism. Some recent accusations are that feminism has “sold-out”, been colonised by corporations and lost touch with its wider social change objectives. But we say: feminism, and the feminists within the movements, are cleverer than that. They are using new corporate spaces and agendas to mobilise people to push back against gender inequality and secure a better world for all.

Yes, businesses appear to be using feminism as another marketing tool. And questions also arise about how global supply chains exploit the women workers who produce items like roses, sold at Valentine’s Day, largely to women. Truly, business has capitalised on women’s labour, beyond simply paying them less.

This means that corporations are ripe for critique from feminists. But it doesn’t mean that, in the words of feminist academic Nancy Fraser, feminism has become “capitalism’s handmaiden”.

In some of our new research, we show how feminist activists are fighting back and finding new avenues for activism in neoliberal times. The fact is that in the last 20 years, governments have ceded a great deal of power to corporations. This means feminists must navigate the power of the market, as well as targeting political change.

Working within the system

Feminist groups are infiltrating the political spaces where corporations, as well as governments, make the rules. For example, a constellation of feminist NGOs and grassroots groups tirelessly campaigned to get the UN’s International Labour Organisation to recognise and regulate against gender-based violence and harassment – as a workplace issue. In June they won, creating the first international standard of this kind.

Women’s NGOs also helped develop newly released UN guidance on business and human rights that takes into account how women and girls are disproportionately affected by certain business activities. These norms play an important role in demanding minimum expectations around business behaviour across the globe – and feminists were there to shape them.

Another way that feminists are working with the world’s current reality is as “elite allies”. Think of the late Anita Roddick, founder and former CEO of The Body Shop, who campaigned alongside the charity Women’s Aid against domestic violence. As well as raising huge amounts of money to help women facing violence, she raised awareness of the issue. Feminists working within big businesses also have an important role to play in shaping their policies and pushing for greater gender equality.

Read more:
What is corporate social responsibility – and does it work?


Similarly, feminist city workers joined forces with The Fawcett Society, a group which campaigns for gender equality, to fight the encroachment of the sex industry into their working lives. This is not the individualism of “Lean In”. Here, women city workers team up to fight a more systemic issue of sexist business entertainment being the norm in their industry. It was elite allies in the city that made this successful.

Feminist movements are also mobilising in new ways, using the internet to connect and support each other. For example the small, UK-based NGO Women Working Worldwide (WWW) has worked with women’s networks in Central America, Africa and across Asia to help improve working conditions. International collaboration between women’s NGOs enabled WWW to take reports of the grievances of Kenyan women workers direct to UK buyers. This is significant when a fundamental feature of the neoliberal times we live in are multi-national companies operating with global supply chains.

Activist groups, such as No More Page 3, fighting against the sexual objectification of women in mass media, mobilised supporters to tweet and message supermarkets that continued to stock the The Sun newspaper until it removed its topless models feature. By using social media to reach new audiences, and create a tsunami effect of action, feminists are using the internet strategically to contest business practice in new and international ways.

Finally, feminist movements have been accused of being co-opted by business interests. Yet we found evidence of ways in which feminists are co-opting business interests in gender equality in order to advance an explicitly feminist agenda.

This can be seen in the way that businesses must display their corporate social responsibility (CSR) credentials. Some say CSR is used by companies to deflect criticism, but we found numerous ways that feminist groups use CSR to advance their own agendas, with CSR initiatives of most companies increasingly referencing gender equality in some way.

The arguments about the future of feminism will rage on. But our call is for critiques to remain engaged in the world in which we now live. Feminist movements have, and will have to, continue finding strategies to promote their gender justice agendas within new configurations of global power and influence. 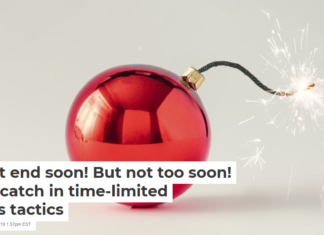 Staff Writer - December 15, 2019
Daniel Zizzo, The University of Queensland As Christmas shopping ramps up, you may be getting a lot of emails offering you attractive discounts for a...

Why most teachers who say they plan to leave the profession...