Delays in stadium construction. Poor working conditions for World Cup workers. Massive budget blowouts. Nationwide protests. Ignoring the needs of millions of struggling Brazilian families. All of these concerns disappeared from the public opinion pages with the start of the World Cup.

The football was exciting, the passion in the stadiums was electric, and the turn of events often unexpected and energising. A worthy German champion was crowned, a former powerhouse exposed (Spain) and several others impressed and thrilled.

The lesson we learn is that FIFA, world football’s governing body, is about the World Cup and not much more. If that was not clear before the start of the tournament in Brazil, then surely it is now. The World Cup is the biggest show on the planet. No other event captures the imagination and passion of a global audience more than the round-ball World Cup finals.

In sport, there is nothing more powerful to express a collective identity of nations than to be part of and perform well at the World Cup. No team or individual gold medal performance at the Olympics comes close to bringing communities together in the way that football games at the World Cup do.

However, neither FIFA president Sepp Blatter nor his executive committee quite understands that. If they did, they would have realised long ago that the biggest show on earth is to be awarded to those who can do justice to its impact and importance.

FIFA may have a role in advancing football in developing (football) nations, but this is largely the task of national federations and their clubs. If FIFA does nothing else other than to award the World Cup to a passionate, well-organised and capable host, it has fulfilled its duty as football’s custodian and promoter. The game itself will take care of the rest as evidenced during the past month.

If the jeers underwriting Blatter’s every appearance on the big screen during the final’s victory ceremony at the Maracana were any indication of the impact a successful World Cup has had on his popularity and credibility, then there is no hope for him. Given there was no reason to blame Blatter for Brazil’s woes, Blatter was booed because he is the face of what is wrong with FIFA.

Platini is a man who knows football, breathes football and cares about the well-being of football. Among other reforms, this is evidenced by his leading role in the formulation of the financial fair play rules in European football. Platini is favoured behind the scenes to take over from Blatter as FIFA president, but is yet to announce his candidacy.

FIFA has awarded the World Cup in 2022 to Qatar, a one-city nation in the middle of the desert where there is no football culture or widespread passion in the community about football or hosting the event. UEFA, on the other hand, organised its European Championships in Belgium and the Netherlands in 2000, in Austria and Switzerland in 2008 and in Ukraine and Poland in 2012.

And in 2020, the European Championships will be truly handed to the people of Europe when it is hosted by 13 cities in 13 nations.

Blatter had hoped that the “innovations” at the 2014 World Cup would change the public perception of FIFA, but the reality is that the changes to the game are too little too late.

Goal-line technology is long overdue. Similar technology has been used for years in tennis, for example. Foam to mark free kicks has been used in South America for a long time, and drinks breaks and passionate goal celebrations can hardly be called innovative.

It seems that, if nothing else, the Brazilian people’s passion for their team and the quality of football during the World Cup have further emphasised the importance of a football-driven FIFA executive. If there is even a hint that you are more in it for yourself than for the sake of the game, you do not belong on the FIFA executive. And Blatter, as the first among equals, should lead by example.

After 16 years as FIFA president, Blatter should retire. Let Platini take the helm to steer World Cup bidding and hosting back on course – with the people, for the people and for the good of the game.

Hans Westerbeek does not work for, consult to, own shares in or receive funding from any company or organisation that would benefit from this article, and has no relevant affiliations. 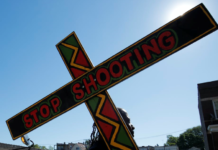 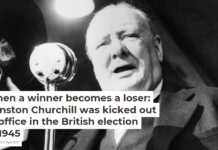 When a winner becomes a loser: Winston Churchill was kicked out of office in the British election of 1945 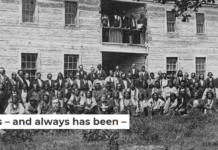 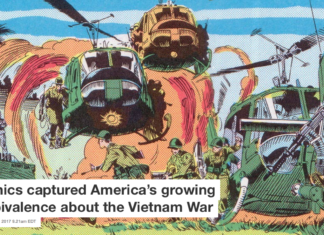 Staff Writer - September 20, 2017
Cathy Schlund-Vials, University of Connecticut In America’s imagination, the Vietnam War is not so much celebrated as it is assiduously contemplated. This inward-looking approach is...