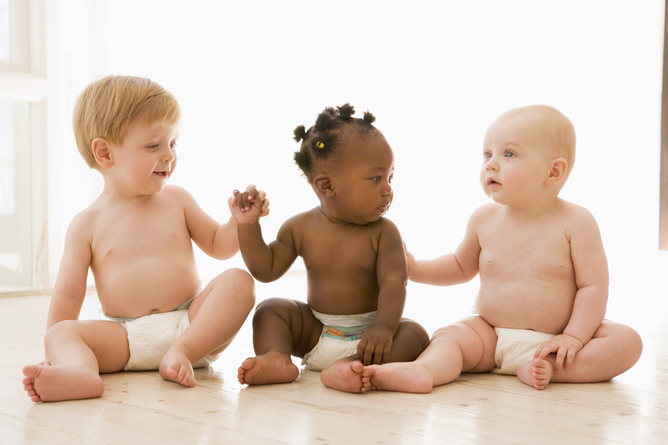 This week, scientists gathered in Washington, DC for the International Summit on Human Gene Editing to discuss a technology called CRISPR-CAS9, which can insert, remove and change the DNA of basically any organism. It is relatively simple, inexpensive and accurate, and it’s already being used in laboratories around the world to make cells and breed laboratory animals with modified DNA for the study of diseases.

CRISPR could also be used to modify DNA in human embryos, but the question is whether this should be allowed. Among the concerns scientists and bioethicists have highlighted are heritable gene modifications and the use of this technology to create “designer babies.” CRISPR provides new opportunities for disease treatment and prevention, but with unknown and potentially substantial risks that warrant an ethical discussion. And this discussion should be rooted in an understanding of what can and cannot be meaningfully edited.

I study the genetic prediction of complex diseases and traits. Research in my field has consistently shown that human traits and common diseases are not genetic enough to be predicted using DNA tests. For the same reasons, it will be impossible to successfully program the presence of traits in embryos.

Any concerns that CRISPR could taken a step further to enhance babies by selecting favorable traits such as intelligence and athleticism may be unwarranted.

What can be edited?

The first (and failed) experiment of human embryo editing aimed to repair a single gene mutation for beta-thalassemia, a severe blood disorder. Other diseases mentioned as future targets for gene editing, such as sickle cell disease and Duchenne muscular dystrophy, are caused by single gene mutations.

These diseases are – at least hypothetically – easier to fix because the cause is entirely genetic and simple. For these diseases, research using CRISPR may lead to breakthrough discoveries for therapies and, potentially, for prevention.

But genetic editing of embryos for single-gene disorders also warrants caution. Not only could off-target cuts – unintended edits in the wrong places of the DNA – introduce heritable errors, but mutations may have so-called antagonistic pleiotropic effects.

This means that the expression of the gene increases the risk of one disease while decreasing the risk of another. Take beta-thalassemia or sickle cell disease, for example: carrying two mutated copies leads to severe illness, but carrying one mutated copy reduces the risk of fatal malaria.

Why traits cannot be designed in embryos

For a trait to be “programmed” with gene editing, it needs to meet two criteria.

First, the traits must be predominantly determined by DNA, which means that their heritability needs to be close to 100%. The lower the heritability, the more nongenetic factors such as lifestyle, education and stress play a role. The less likely the trait can be genetically programmed.

Parents who wish to enhance their offspring may be particularly risk-averse when it comes to the unknown adverse consequences of genome editing. That means that the heritability of favorable traits may need to be very close to 100%.

But a recent review, summarizing 50 years of heritability research, showed that only a few traits and diseases had an estimated heritability higher than 90%. Intelligence and higher-level cognitive function were around 50%, muscle power at 70% and temperament and personality at around 45%.

Second, the “genetic architecture” must be straightforward. Traits must be caused by a single mutation, like beta-thalassemia, or by an interaction between a limited number of mutations. It may technically become possible to edit DNA accurately at multiple places in the near future. But we still won’t know what exactly needs to be edited to program a trait when tens or hundreds of gene variants are involved.

Gene editing for favorable traits is not just a matter of tweaking the genes in the right direction. What makes people intelligent, for instance, isn’t a combination of the “right genes” and the “right environment,” but the “right combination” of genes and environment. Since the future environment of the embryo is unknown at the moment of editing, it will be impossible to know what the right genes need to be.

This is why the traits people might want to enhance can’t be programmed in the embryo, not even with the most accurate and reliable version of CRISPR. The technology is not the limitation for enhancing babies – nature is.

Despite the successes in gene discovery of the past 10 years, our knowledge of the combined contribution of all genetic variants is too limited for embryo editing. Even when all genes and their complex interactions are completely understood, our ability to use gene editing for favorable traits will remain limited because human traits are just not genetic enough.

We need to be clear about what cannot be edited

Urged by concerns about the safety and reliability of CRISPR technology and the unknown medical, societal, environmental and ethical consequences of human gene editing, a group of scientists are calling for a voluntary moratorium on “attempts at germline genome modification of clinical application in humans.”

The UNESCO International Bioethics Committee has also called for a moratorium citing concern over the creation of “heritable modifications” and “enhancing individuals.” Interestingly, their report acknowledges that CRISPR:

could be a watershed in the history of medicine […] even though it must be noted that there are only a few diseases for which the abnormality of one single gene is a necessary and sufficient condition.

This little side note, however, marks the boundaries of what can meaningfully be edited in the DNA of an embryo.

Gene editing technology warrants further study and refinement, which should be accompanied by evaluations of potential adverse consequences. But progress should not be hindered by an ethical debate about a potential misuse of the technology that will not be possible.

Polygenic diseases and traits are simultaneously too complex genetically and not genetic enough. This limits the opportunities for disease prediction, and will also prevent the genetic enhancement of babies. 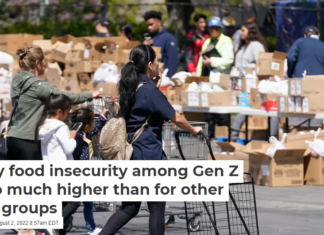 Why food insecurity among Gen Z is so much higher than...