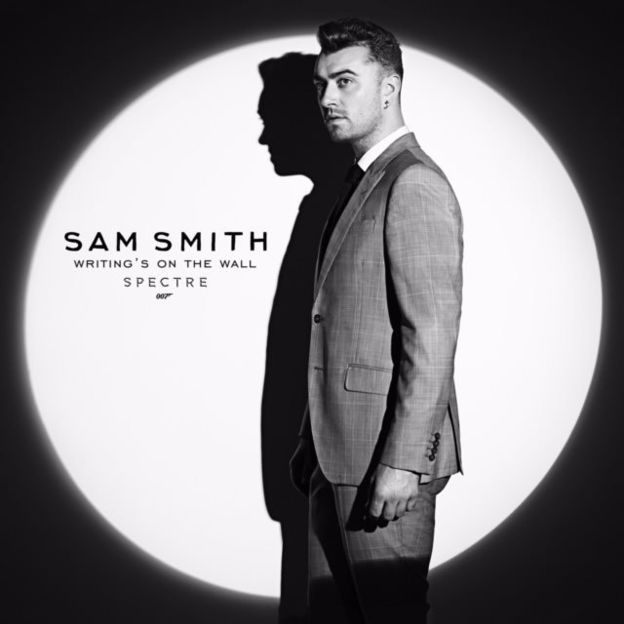 Like most James Bond fans, we couldn’t wait to hear the theme song for Spectre, the 24th installment in the series. And having just spent two years writing a book about Bond songs, we were hoping it’d get people excited about what these songs can do.

But when we did finally hear Sam Smith’s Writing’s on the Wall, we were disappointed.

The Bond songs have always behaved differently from your average theme song. Five to 10 minutes into an exciting spy movie, the action stops and we get three minutes of abstract visuals and a mysterious, vaguely threatening, vaguely old-timey song. Sometimes, just by making us sit there and listen, these odd songs can get us thinking about why we care about pop music in the first place.

Writing’s on the Wall never quite turns into a Bond song. It kind of acts like it will: it’s got a throwback melody, the strings and horns of its forebears, and a deliberateness that reminds you of Adele’s Skyfall.

A Bond song like Paul McCartney’s Live and Let Die threw everything into the mix: old-time-pop piano, hard-rock power chords, orchestral freakouts, demented reggae, schoolyard-taunt backing vocals. And it didn’t seem to worry whether or not these elements would cohere.

On the other hand, Writing’s on the Wall is a title song for the YouTube age. Like the viral hits Nyan Cat or Leave Britney Alone, it does only one thing; it has only one mood and one sound: Sam Smith’s voice – in particular, his aching falsetto.

And what does that sound have to do with James Bond?

Most of the earliest commentators heard Smith’s song the same way we did. According to The Guardian, Writing’s on the Wall is so slow, so long, “you need a high falsetto threshold to get through the whole thing.”

The song’s only memorable feature is that very falsetto, Smith’s “familiar Winnie-the-Pooh-is-lonely-and-crying vocals,” as one reviewer put it. And Pooh was one of the more flattering comparisons. Everyone who weighed in – critics, musicians, fans – felt like Smith’s falsetto was doing something strange to James Bond’s manhood.

But since when did Bond’s masculinity ever make sense? This is a franchise in which 30-something female singers perform songs written by middle-aged men that warn 20-year-old women about a 30-year-old man played by a 40-year-old actor – all to titillate 13-year-old boys.

Once you start to imagine the kind of voice that could truly speak to the hypersexual James Bond, you realize there’s no way to do it seriously. It’s no accident that some of the best Bond songs are the campiest (Goldfinger, Nobody Does It Better), and that women have sung them.

It seems that Smith confronts the Bond songs’ last taboo: thou shalt not challenge traditional masculinity. Even though the songs have rarely, if ever, sought to mimic Bond’s manliness, they seem to have a much easier time with masculine-sounding women than with feminine-sounding men.

The first male Bond singer was Matt Monro, a classic crooner. Next came Tom Jones, whose Thunderball tries to be an ode to Bond’s virility (and tries so hard, in fact, that poor Tom Jones passed out singing it).

Paul McCartney amplified his usual sobriety with some 70s swagger in Live and Let Die. The new-wave acts Duran Duran and A-ha went for some high notes, but in service of punchy pop songs about dying and dancing and fire. The last men to sing Bond songs before Smith were aging rock stars like Chris Cornell and Jack White, whose grizzled voices reminded us that rock itself had long grown old.

None of these male Bond singers makes a virtue of the fact that they’re nothing like James Bond – not even the belly-flopping Jones, nor the “I’m still here” post-Beatles McCartney.

Smith does. His song has the first sustained falsetto in the Bond-song canon, and Smith doesn’t exactly hide this. The instrumentation recedes, the orchestra pipes down, and in a moment of almost melodramatic vulnerability Smith tells us he can’t breathe, maybe can’t even live.

To think that a Bond song proposes that you can be vulnerable, excitable, anxious and still be a man – no wonder some fans freaked out.

At the same time, the song’s most audacious move is also its most problematic.

That’s because simply equating falsetto with vulnerability – as both Smith and critics of his song seem to do – is a pretty dramatic misreading of falsetto’s cultural history, a history in which falsetto has signified power as much as delicacy.

Of course, Smith has mined the falsetto time and again. There are few tracks on his 2014 album In the Lonely Hour that don’t have any falsetto. But Smith can do a sexy falsetto, a coy falsetto, even a menacing falsetto.

Unfortunately, Writing’s on the Wall instead goes for what The Atlantic calls a “radically wimpy” stance. And it’s a stance that has as much to do with race as it does with masculinity.

Smith’s falsetto is powered by white male agency: the hand-snipping, ain’t-I-a-stinker falsetto of the prep-school a capella singer.

He represses the mode of falsetto typical to soul music – a falsetto that’s seductive and persuasive, one that plays off a deep groove and can even read as vaguely threatening (think of Prince’s Kiss). As Sam Smith takes one step forward by making room for nontraditional masculinity in the Bond song, he takes a big step back by making his gay male voice a white gay male voice.

So why does Writing’s on the Wall retreat into whiteness, and why is it so single-minded?

Probably the market: us, his audience. He doesn’t trust his listeners – or himself – to live with the tensions and contradictions that Bond songs have always flaunted.

Most Bond singers are scared of what they might do to the Bond-song tradition; Smith is scared of what that tradition might do to him. But Smith’s impulse toward self-preservation becomes the song’s power source; his fear-response is to make himself look fragile, to sound small just when you expect the song to go big. And vulnerability is Smith’s strength. Fright is his comfort zone.

Writing’s on the Wall does the Bond song backwards – which means that like the best of these songs, it makes us ask what the Bond song is good for. 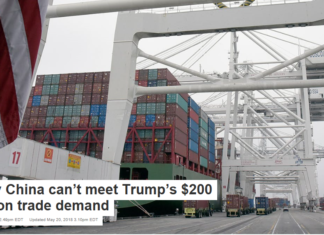 Staff Writer - May 20, 2018
Amitrajeet A. Batabyal, Rochester Institute of Technology President Donald Trump has demanded China cut its trade deficit with the U.S. by US$200 billion by 2020...

Do people become more selfless as they age?