Frequent flyer programs are one of the primary ways airlines build customer loyalty. In a nutshell, the more you travel with the same airline (or its partners), the higher the odds you will be able to redeem miles or points for free travel and achieve an elite status, which carries perks such as priority boarding, free checked bags, access to lounges and the possibility of free upgrades.

This locks passengers in and softens price competition among the airlines. Most carriers have such programs. Based on our experience, only the largest European low-cost airlines, such as EasyJet and Ryanair, do not operate frequent flyer programs, relying on their passengers’ loyalty to their ultra-cheap fares instead.

How the programs typically work

Each time you fly, you earn a certain number of miles or points, depending on the class of service, ticket price, your current status within the program and distance. Points can also be earned via partner airlines, hotels, credit card companies and others. Miles can be redeemed for rewards like free flights or upgrades and usually expire after several years.

Miles or accompanying points are also used to earn a higher membership status with the airline, which can lead to better rewards and exclusive services. It’s usually granted for one year at a time.

Frequent flyer programs’ evolution in recent years highlights one important trend: they are becoming less rewarding for most travelers. Underlying that trend are three major currents: miles are falling in value; the number of miles that can be earned on each trip is declining for many passengers; and airlines are diluting the benefits of their membership tiers by adding new ones on top for their most elite flyers.

The increase in the number of miles necessary to book a reward ticket along with the falling prices of tickets themselves have in effect devalued the mile. In 1995, a typical ticket cost $454 in today’s prices, according to the Bureau of Transportation Statistics. Assuming 25,000 miles per reward ticket, 1,000 miles was worth about $18. This year airfares have averaged $389, implying that 1,000 miles are worth $15.60. But that’s assuming the 25,000-mile ticket. If you have to fork over an extra 5,000 miles for it, as is becoming the norm, then 1,000 miles is worth just $12.30, about a third less than in 1995.

The majority of frequent flyers are seeing the value of the miles they collect, and their status in airlines’ programs, diminish.
Shutterstock

Another way to assess these programs’ value is the availability of award tickets. In the past, most airlines did not allow their frequent flyers to redeem award tickets during peak times such as Thanksgiving and Christmas – known as blackout dates – preferring to keep those seats available for fare-paying passengers.

But that’s changing. Southwest, for one, has long differentiated its program among rivals by the absence of such dates. Instead it advertised that the only restriction for redeeming an award flight was availability of an empty seat.

The major US airlines have since hopped on board and adopted similar policies. But booking award tickets during peak times comes with a higher price tag: a lot more miles. In other words, previously you might not have been able to redeem miles on a Thanksgiving week flight. Now you will be able to nab that reward seat, but it will set you back 30,000 miles for a one-way ticket instead of 12,500.

We can point to a perfectly reasonable explanation behind this reduction in the value of a mile. By allowing their passengers to earn miles with an increasing number of partners (most notably the credit card companies), the airlines have in effect printed a lot of miles, which has created increased demand for reward flights.

One can think about this in the same way we think about the central bank printing money. If the bank prints too many dollars, it will trigger inflation and reduce the purchasing power of the currency. Miles is the currency of airlines. By printing more miles and not increasing the capacity, the airlines must debase the value of miles to keep the system sustainable. This also creates incentives for consumers to use their miles faster.

While we do not have historical data to assess the speed of “miles inflation,” it does appear that it is accelerating due to increased printing of miles and reduced restrictions on the use of miles for award tickets. Apart from raising the price of award tickets, the airlines try to devalue miles in other ways.

A more-recent trend shows airlines increasingly tying the number of miles earned to the price of the ticket rather than the flight’s distance, which will in most cases result in reducing how many are typically gained per trip. For instance, with distance-based system, a roundtrip between Los Angeles and Chicago would earn a passenger about 3,500 miles. Now, with the new programs being adopted by Delta and United, to get this many miles would require a traveler in the lowest tier of their programs to spend $700 on this ticket – 80% above the average airfare in the US.

Southwest Airlines was the first to alter how it rewards miles in 2011. Beginning next year other carriers will follow suit, first with Delta Air Lines in January and United Airlines in March. American Airlines, for its part, does not directly link the number of miles awarded to the ticket price. It does, however, awards just 50% of miles flown on discounted economy class tickets.

A growing tower of tiers

Adding on more membership tiers for the most elite flyers is another way airlines are devaluing their programs for the majority of us. A few years ago, for example, Delta introduced a new “diamond” upper tier within its Skymiles program, which devalued somewhat the benefits of its lower “gold” and “platinum” levels.

This is in effect increasing inequality among frequent flyers. The most prolific travelers are being awarded significantly more with their own private lounges and other exclusive benefits, while other loyal customers who don’t fly quite as often are seeing their perks such as ability to upgrade and lounge access diminish. This inequality will only increase as the airlines link the number of miles earned to the ticket price, and the most frequent flyers usually travel in business class and pay higher fares.

What does all this mean for the passengers? If we were to draw one conclusion from the recent changes to the airlines’ programs it would be that frequent travel will be more rewarding for business travelers and less so for regular customers who only fly once or twice a month. You will also earn less if you tend to book your travel in advance and snag a more discounted ticket, as carriers will increasingly link the number of miles earned to the ticket price.

The latter trend has a clear implication for travel managers: your road warriors flying on the company’s dime will may have an incentive to delay booking their tickets to pay a higher price, thus earning more miles for themselves. This would be a manifestation of what economists call moral hazard, and if you are managing travel in your company, you should be on the lookout for it. 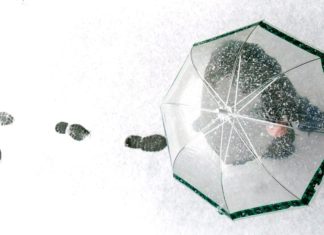 Cloud data makes life easier for government spooks – and the...

Is commercial aviation as safe and secure as we’re told?