Curator Gaylord Torrence set an ambitious agenda for The Plains Indians: Artists of Earth and Sky – distill 2,000 years of artistic achievement by Plains Indians, with a particular focus on the changing culture of the last three centuries.

The exhibit, on display until May 10 at New York City’s Metropolitan Museum of Art, tells a complicated story. Perhaps because of their prominence in Hollywood films, the Indians of the Plains have become an archetype of how Native Americans are perceived in popular culture. Yet their culture was anything but static. Responding to various influences – most notably, European settlers – it was constantly evolving.

With the horse, a culture transformed

The Spanish conquistadors landed horses in Mexico in 1519, and Juan de Onate brought them north when he colonized New Mexico in 1598.

In the 16th century, the Great Plains were largely devoid of people, with subsistence farmers settled along the rim. Before then, buffalo hunters had always existed on the plains, but they were few in number – it wasn’t easy to hunt buffalo on foot with dogs.

The use of horses by Native Americans seems to have started to explode around the time of the Pueblo Revolt of 1680. By the mid-18th century, virtually every tribe on the Plains had horses. Many tribes that had formerly subsisted on crops began moving into the grasslands of the central Great Plains, where buffaloes were plentiful.

The result was a very distinctive culture, built around the horse and the buffalo, intensely focused on hunting and war. Wealth was measured in horses – now coveted for their crucial role hunting and battle – and filching them from other tribes was a rite of passage for young warriors. The buffalo provided plentiful food and hides for making tipis and clothing, while tribes used buffalo chips for fuel.

The art of the plains was a product of this distinctive lifestyle. Since the tribes were constantly moving, everything they created had to be mobile and light. Monumental art forms – buildings, large-scale sculptures – simply didn’t exist, but extraordinary attention was devoted to the fabrication of smaller, portable objects.

The present exhibition displays a vast array of this paraphernalia, including tobacco bags, horned headdresses, buffalo robes, war clubs, pipes, courting whistles, roach spreaders, cruppers, saddle blankets, horse masks, cradleboards, parfleche envelopes, gauntlets, vests – even a peyote rattle. Making these objects while constantly on the move must have been a challenge (and it’s fascinating to learn that one needed to kill six grizzly bears in order to create the bear claw necklace displayed in the exhibit).

With a few exceptions, the art of the plains can be divided into two distinct types: works fashioned by women, and those created by men.

Women mostly decorated objects they used in their day-to-day lives, such as costumes and cradles. Characteristically, their work was geometric and largely abstract, although the designs are often imbued with an underlying cosmic symbolism. In execution, the work is often astonishingly precise and intricate, with designs fabricated from porcupine quills or glass beadwork.

Men usually created works of art associated with hunting or battle: war shields, weapons, war bonnets and paintings on buffalo hide. They also made ledger books that recorded feats of valor in hunting and war. Often the imagery was associated with the emblem of a particular warrior, or based on visions perceived during meditation and fasting. War shields would feature depictions of bears, thunderbirds or coyotes, with the idea that they would enhance a warrior’s fighting ability.

The dizzying process of dating

The present exhibition makes two primary contributions. First, it identifies a core group of objects – particularly early ones – that can be securely dated. Second, it spotlights creations that are the most visually stunning – those that can claim the title of “masterpiece.”

The art of the Plains is notoriously difficult to date, since much of what survives has simply been passed down, traded or purchased without written documentation. Over the last few decades, a number of dedicated scholars, both Anglo and Native American, have worked to identify the origins of the artwork.

The exhibit provides a remarkable summary and distillation of this new scholarship, which focuses in good part on objects now located in European collections.

On a few occasions we have quite precise records. For example, Prince Maximilien of Wied acquired a buffalo robe from a Native American woman at Fort Pierre, South Dakota, on June 1 1833. Here we know the time, the place, the tribe – even the name of the woman who made the robe. But often, the provenance is a bit more vague. In a French prince’s 18th century Versailles apartment, a raven-feather headdress adorned the mannequin of “an American savage.” Aside from 1783 court records that describe the headdress, we don’t know whether it was from the Great Lakes region or the plains, nor do we know how it was acquired.

Early misidentifications abound. For example, early museum records describe a turban headdress as one that belonged to the Seminole Chief Osceola, a native of Florida. In fact, it’s one that belonged to a Pawnee chief who was painted by American portraitist George Catlin at Fort Leavenworth, Kansas in 1832.

Similarly, a famous and widely published buffalo robe – allegedly collected by Louis and Clark – was most likely acquired about twenty years later by Lieutenant George C. Hutter, a soldier who married Clark’s niece.

Sorting through all the evidence is a somewhat dizzying process. A huge achievement of the exhibition is the presentation of a core group of objects with dates of origin that are reasonably secure. These can then be used as touchstones for dating works which lack secure provenance.

Masterpieces on par with Western greats

The issue of masterpieces is a bit more controversial, especially in the field of Native American art; many of those who study it prefer to play the role of ethnographer rather than art historian. Curator Gaylord Torrence, however, works at the The Nelson-Atkins Museum of Art in Kansas City, and has a keen interest in visually arresting, exquisitely crafted works.

It’s difficult to distill, in words, what qualifies a work as a masterpiece, since it involves some element of emotion and empathy. But it seems that a masterpiece is an object that captures our attention in an almost-magical way; it allows the viewer to transcend normal boundaries of time and place and enter – for a moment – the mind and world of another person, era and culture.

It’s hard not to be transfixed by objects such as the mid-19th century Crow war shield, with a design of bullets and lightning bolts, which the catalogue describes as “visually astounding” (perhaps an understandment); or the horse effigy created by Joseph Not Two Horns – surely one of the best artistic representations of a horse in any culture. Then there’s a Ghost Dance Drum with images of lightning bolts and a thunderbird descending on a flock of fluttering swallows, which captures all the ominous power and terror of a line storm on the Great Plains.

The show also has quite an assortment of contemporary (post-1971) war shirts and dance regalia. There’s even a pair of “Warrior Shades” – reading glasses adorned with buffalo horn, metal, glass, pipestone and mother-of-pearl. Here we have an object that’s entirely modern, yet retains the magical inspiration of 18th century war shields and cradleboards.

Artists of Earth and Sky abounds in objects of this sort – works that make a convincing case that the native art of the Great Plains ranks with any of the great artistic traditions.

While different in form and style, they can just as easily possess the power and artistry of a painting by Rembrandt or Van Gogh.

To read about a Lakota ledgerbook from Little Big Horn thought to contain drawings by Crazy Horse, click here. 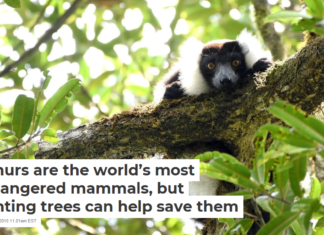