The Fyre documentaries on Hulu and Netflix gave a behind-the-scenes look into an ill-planned music festival and its aftermath.

Both films tell the story of how co-producers Billy McFarland and Ja Rule convinced investors and festival goers into forking over millions of dollars for what promised to be a luxurious, music-filled getaway on an island in the Bahamas. The festival, which was supposed to be headlined by Blink-182 and Major Lazer, ended up being canceled at the last minute, leaving audiences stranded, local workers unpaid and the producers in legal jeopardy.

Most viewers probably enjoyed seeing the producers receive their comeuppance and snickered at the millennials lured to the event by Instagram influencers.

But as scholars who study festivals, musicians and the careers of creative people, we thought of the lower-tier musicians who rely on events like Fyre.

For every Blink-182, thousands of smaller acts hope to hit the stage. With musicians increasingly dependent upon live performances, how can these smaller acts thrive under the festival model?

A high-profile band can afford the occasional misfire, but what about the others? Of the 33 announced acts at Fyre, only one band performed: a “local no name band” that was never on the bill.

The relationship between festivals and talent seems straightforward. Larger acts cost more but draw ticket sales and media attention. Smaller acts work for producers in three ways: They are cheaper, fill the bill and lend festivals some authenticity.

The book “Music/City” explores the balance between corporate interests and the spirit of creating unique music-driven experiences. Austin’s South by Southwest festival, for example, is unique in that it was founded on the idea of giving a platform for unknown acts to perform before New York and Los Angeles record executives.

In the book, a singer-songwriter explained that festivals work for musicians because they get to perform for fans but also help “find people who have never heard of you.” Musicians are, she said, trapped in “taste silos”; festivals can broaden their audiences.

Festival organizers see value in smaller acts too. One producer explained that they lend authenticity by “representing the city’s culture.” For a producer who schedules performers at a major country music festival, he balances “legend type artists” with smaller, cheaper and promising acts.

A disease of excess supply

But when it comes to getting paid, there’s vast inequality.

Festival headliners can make millions. For example, Beyoncé, Radiohead and Kendrick Lamar made between US$3 million and $4 million at the 2017 Coachella festival. Lower-tier acts can expect to make around $15,000 per performance at a major music festival.

For smaller acts, this is still a significant amount, especially when you consider how difficult it is to make a living as a musician.

A 2018 survey of over 1,200 U.S. musicians found that 42 percent of their income came from performances, while only 5 percent came from recorded music and streaming services. The average U.S. musician, however, earns under $25,000 a year, and over 60 percent of them say their music income isn’t enough to make ends meet. The National Endowment for the Arts found that musicians are more than twice as likely to be unemployed than other professionals.

Why is a music career so challenging?

One reason is that aspiring musicians contend with what French sociologist Pierre-Michel Menger refers to as the disease of “excess supply.” In other words, there is a permanent oversupply of musicians, which leads to a lot of underemployed performers. Data from The Strategic National Arts Alumni Project show that career musicians are likely to hold multiple jobs at once, combine arts- and non-arts-related work and moonlight in other creative fields.

Even successful acts that headline festivals and venues gigs make only a sliver of the profits. A 2018 report on the music industry shows how ticket profits are divided, with artists taking home 30 percent of the profits at best. While fans spend more on music than ever, artists – both big and small – still only make 12 percent of the $43 billion in total revenue in the music industry.

One of the issues with larger festivals is that they’re all beginning to look strikingly similar.

Perhaps that’s because a handful of corporations now own most of the festivals.

For example, the Madison Square Garden Company recently purchased a controlling share of the company that produces Boston Calling. Coachella was bought by the conglomerate that also puts on Bumbershoot, Firefly and Bayou Country Superfest. And Live Nation now owns a controlling stake in Bonnaroo, Austin City Limits and 60 other festivals around the world.

On the other hand, smaller, niche festivals tend to have more variety than splashy, more corporate mega-events.

Staying in Massachusetts, smaller festivals like Wilco’s Solid Sound, the Green River Festival, the Springfield Jazz Festival and Fresh Grass display a wider array of artists. Last year, an attendee of all four festivals would not see the same act twice.

Green River producer Jim Olsen told us that he looks for acts that aren’t a natural fit for mega-events, like his 2019 headliner, the Swedish folk duo First Aid Kit. Olsen said his mid- and lower-tier acts can expect to earn roughly two to three times more than their regular concert fee.

As the summer festival season approaches, audiences should consider checking out smaller events. Sure, they garner fewer headlines than the massive mega festivals. But attendees will see more variety, pay less money and will be able to support a greater number of emerging acts. 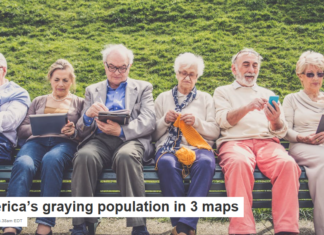 Staff Writer - May 23, 2018
Peter Rogerson, University at Buffalo, The State University of New York The U.S. population has changed substantially in the last half century, growing by nearly...

What really causes home field advantage – and why it’s on...

There’s no place like home for the holidays – and that’s...