As the pandemic forced many Americans to hunker down at home, the video game industry saw record spending and profits in 2020. Interacting with other people through gaming became, for some players, essential for social connection.

As an education researcher and professor of digital literacy, I study the education benefits and perils of digital gaming. These range from providing opportunities for collaborative problem-solving to displaying content that perpetuates racism and sexism.

Digital games can provide a forum for a diverse group of people to come together. That’s especially important now, while our physical locations are restricted. During the COVID-19 pandemic, for example, undergraduates have shared with me the vital importance of digital games for their social connection.

Digital games also encourage various forms of participation in a group activity. Some people in the digital space may be lurkers, for example, and simply watch the action. Others comment and ask questions via text or audio. Still others play, moving along the action of the game.

Families, too, can use digital games to set up collaborative endeavors within the home where each family member participates in their own way. For instance, a child doesn’t need to actively play the game in order to meaningfully participate and develop problem-solving, communication and spatial reasoning skills.

Observation is a crucial first step for learning how to fully participate in any activity, and digital games are no exception. Caregivers who look closely will see that children who appear to be merely observing a game are also asking questions, strategizing and hypothesizing, or posing “what-ifs.”

Minecraft, a game in which players build protective enclosures against monster attacks, encourages collaborative problem-solving either in person or online. Playing with another gamer means having more resources to build with and more strategies to employ, since different players bring different expertise.

Like Minecraft, online games that run on mobile technologies, such as tablets, allow family members to play next to each other at home or while they’re on the move. This allows caregivers to understand and supplement the quality of children’s gameplay by participating in the game. They no longer worry about the quantity of screen time from an outsider perspective.

Families can discuss, for example, how characters like Mario of Super Mario Bros. or Link of Zelda are represented. Why are these men saving women? Why are the women portrayed as princesses? Where are the characters of color? Are they antagonists?

Ignoring these problematic representations further enables sexism and racism in the real world. For example, racist and sexist imagery and storylines can turn girls and people of color away from gaming, making them less likely to become game designers themselves.

In Minecraft, creating one’s avatar is an opportunity to consider how children want to present themselves in the game and what messages they convey to other gamers through their “skins.”

In October, U.S. Reps. Alexandria Ocasio-Cortez of New York and Ilhan Omar of Minnesota amassed more than 4 million viewers while playing the video game Among Us together on Twitch, the popular livestreaming platform for gamers.

Beyond getting out the vote, Ocasio-Cortez and Omar used the platform to educate potential voters about health care issues and fossil fuel dependence. They used the game’s ship as a problematic example of oil consumption.

But the range of responses Ocasio-Cortez and Omar received online, from enthusiastic to vitriolic, also reminds caregivers that children need knowledgeable companions with them in digital spaces.

As in real-world learning environments like classrooms and science labs, digital games offer valuable learning opportunities while also perpetuating racism and sexism. Newcomers are not left alone to learn and navigate problematic issues in classrooms or labs, and they don’t have to be in digital spaces either. 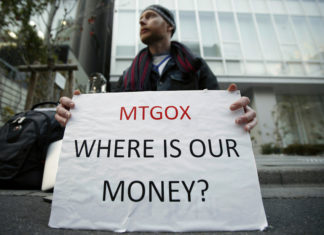 Staff Writer - December 27, 2014
By David Glance, University of Western Australia What is Bitcoin was Google’s 4th most frequent “What is…” search in 2014. This is possibly not surprising...

Federal funding for higher ed comes with strings attached, but is...