Women continue to earn substantially less than men and occupy a comparatively smaller proportion of upper management positions. A new book, The Confidence Code, largely attributes this to women’s lower confidence when compared to men. The book, by two US television broadcasters Claire Shipman and Katty Kay, suggests that women are less likely to self-promote – highlight accomplishments, skills and strengths, and take credit for achievements, and that this lessens their success in recruitment and promotion.

Both claim lower confidence explains this tendency to avoid self-promotion and accounts for women’s reluctance to put themselves forward for senior positions, to negotiate less and for lower rewards, and to underestimate their skills and knowledge. Their claims, which they say are backed by science, have been featured on the front cover of May’s The Atlantic (which also published the highly 2012 controversial piece ‘Why women can’t have it all’, by Anne-Marie Slaughter).

However, while there is significant evidence that women are less likely to negotiate assertively for advancement or additional rewards, it is not altogether clear that a lack of confidence accounts for these patterns.

Indeed, there is evidence that women do not have lower confidence levels than men. Young women at work are more likely to see themselves as at least equal to men, with stronger communication skills and resilience. In a recent FleishmanHillard and Hearst Magazines study, only 54% of men compared to 70% of Generation Y women described themselves as smart.

Research on gender stereotypes provides a powerful alternative explanation for women’s lack of self-promotion. Gender stereotypes are mental models containing our knowledge, beliefs, and expectancies about women and men and they are a determining factor in what we accept and value in terms of behaviour, attitudes, and appearance. In most western societies, the stereotypical view of women is more communal, caring and interdependent than men, who are viewed as more agentic, ambitious and independent.

These stereotypes pose a significant barrier for women who want to highlight their accomplishments or advocate more assertively for rewards and recognition. Indeed, any type of self-promotion presents a dilemma for women. While advocating achievements represents a positive challenge to the stereotypical view that they are less agentic and competent than men, it is also likely to trigger a backlash effect — significant social and economic penalties that result from counter-stereotypic behaviour.

Studies suggest that women who engage in self-promoting behaviour are perceived as more dominant and arrogant than men displaying the same behaviour. They are judged as pushy, less likeable and less collegial than similar male peers. While their self-promotion leads others to perceive women as competent, they are less likely to be recruited or promoted due their counter-stereotypical behaviour. Professional women appear to be caught in a catch-22: to overcome traditional negative stereotypes they are encouraged to adopt more agentic behaviours, yet if they choose to do so, they are very likely to be penalised for violating the expected behaviours for women.

This represents a double standard that impedes women’s career progression. Highlighting strengths and achievements is necessary in salary negotiations, recruitment and promotion endeavours, however women risk significant penalties for this type of behaviour.

It is not surprising that women are aware of the risk of backlash and they strive to avoid it by keeping within gender bounds. As a result, women’s fear of being pushy and arrogant means that they are less likely to pursue promotion, less likely to draw attention to their accomplishments and strengths, and less likely to negotiate assertively.

This is not to say that women do not need confidence to succeed at work – they do, as do men. However, a lack of confidence may not best explain women’s decisions around self-promotion. Avoiding backlash appears to be an explanation with at least as much evidence in its support. And it seems likely that women’s avoidance of backlash is likely to precipitate reluctance to express confidence at least until it is incorporated into our view of a functioning female stereotype.

There is some tentative good news, however. As the proportion of women increases in upper management, the tendency for backlash against women’s assertiveness and self-promotion weakens. Typically, when at least 15% of a leadership team are women, there is less likely to be a perception that assertive women leaders are acting counter-stereotypically. As women continue to increase their presence in upper management, the perception that self-promoting and assertive behaviour is not “fitting” for women is likely to decrease. 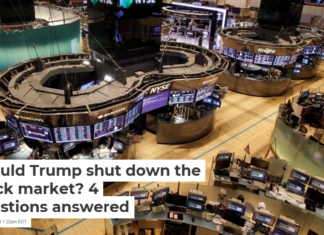 Computer science jobs pay well and are growing fast. Why are...