In mental health, a new approach to rehabilitating patients back into the community is gaining ground. Known as “the recovery movement,” it has been championed by American academics such as Bill Anthony and Larry Davidson but is now making headway in the UK too.

Traditionally a mental health nurse would be a patient’s main point of contact after release from hospital. The nurse would be responsible for making sure the patient took medicine, used therapy, and had counselling arranged. They would be in control of the patient’s recovery.

The recovery movement turns this on its head. The nurse’s main role becomes about giving the patient an initial assessment and then assigning them a peer trainer – another former patient who is further on in their recovery. With the trainer’s help, the patient then decides what is best.

Putting people at the centre

Though this still obviously has to take place within the parameters of what is required of a patient, such as taking their medication, the recovery movement is one of the most radical examples of what is known as the person-centred approach to healthcare.

Over the past ten years, led by the likes of Norway and Scotland, this has increasingly become the received wisdom in healthcare. Obviously we are never going to get away from healthcare professionals needing to make decisions for patients when they are in intensive care, recovering from a major operation or suffering from severe psychosis. But outside these situations, it is about giving a patient as much control as possible.

Yet while most people now pay lip service to the theory, the reality is different on the ground. The healthcare system is so used to medics making decisions for patients based on what is good for them that giving more power to patients has inevitably met resistance. Various researchers, including myself, have found that giving patients power is being applied unevenly at best, with practices varying from department to department and even ward to ward. Nurses all know the importance of the theory by now, but the system compromises their ability to deliver it. And it would be seen as sacrilege for them to admit this contradiction, lest they be accused of not caring about their patients.

I believe we are in a philosophical quandary about how to proceed, but finding it very difficult to admit this to ourselves. The most recent example concerns the Nursing and Midwifery Council (NMC), which regulates nursing across the UK. The NMC was until August consulting on a revised code of conduct for the profession. It intends to produce a final new code by December to replace the existing one from 2008.

The code has always essentially been a set of ethical principles to ensure professional behaviour from individual nurses. It holds them to account with the ultimate sanction of removing their licence. The latest draft makes direct reference to their responsibility to provide person-centred care, and it is riddled with the language of the philosophy, requiring safe, dignified, compassionate, individualised care that respects individual choice.

Where it departs from previous incarnations is that it now includes a set of 115 wide-ranging rules that nurses must follow. There is an echo of Scotland’s five must-do’s of person-centred care, but it is hard to determine how the 115 rules were chosen and how they help to hand over more choice to patients and their families. In the context of the nursing profession’s current crisis of confidence following the Francis inquiry’s damning report into the failings at the Mid-Staffordshire NHS Foundation Trust, it looks like a knee-jerk reaction.

To give one example, rule 26 tells nurses they must ensure that they have given patients, “adequate access to nutrition and hydration, providing assistance to those who are unable to feed themselves or drink liquids unaided where appropriate.”

There have of course been consistent problems with patients receiving adequate nutrition and hydration in hospitals. But is this the sole responsibility of the individual nurse? Arguably this is an organisational issue that concerns adequate staffing levels, having an appropriate skill-mix, well run services and appropriate resources. Is it right to threaten a nurse with being de-registered if these conditions aren’t also met?

The NMC has with one swipe of a pen given nurses the sole responsibility for handing more decision-making to patients and their families. The revised code may not yet be finalised, but it is highly unlikely that the general thrust will change. The general idea that person-centred care can be achieved by enforcing a list of rules is a naive perception of human beings. It also contradicts the basic premise. Professionals offering up their knowledge to help patients and families make decisions is a world away from a list of rules.

To genuinely give patients more power, our healthcare systems need radical reform. We will need to redefine how professionals work, all through the health service. Enforcing regulations and strict-evidence criteria will only alienate nurses and force them to practise defensively. It will also increasingly not be tolerated by a younger generation of patients who question everything and expect to be treated as empowered individuals. As they get older and become more dependent on the healthcare system, we will reach a point where there is no longer an alternative.

Prof McCormack has received funding from the National Institute of Health Research, the Research Council of Norway, Age UK. He is also a national trustee of Age Scotland. 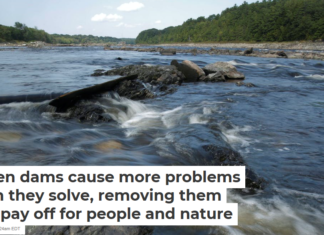