Large shares of grants that donor-advised funds distributed from 2014 to 2018 supported educational and religious nonprofits. That’s what we found in one of the first studies of its kind regarding the financial accounts often called DAFs. People with donor-advised funds use them to give money to the charities of their choice when they are ready to do so.

Some 29% of total DAF grant dollars funded education-focused nonprofits, and 14% supported churches and other religious organizations during this period within our sample, we found.

This pattern contrasts sharply with overall U.S. charitable giving. About 31% of all charitable donations supported religious causes and 14% funded colleges, universities and other educational organizations in this same time frame.

This data is part of a Giving USA Special Report on donor-advised funds. We conducted our analysis in partnership with the Giving USA Foundation, classifying 3 million grants from 87 different DAF-sponsoring organizations. As two of the lead researchers, we obtained the data from the Internal Revenue Service and the organizations and charitable arms of financial institutions that manage DAFs.

Money distributed by donor-advised funds represented an estimated 7% of all charitable giving in 2020 – a percentage that appears to be growing over time. And yet very little research exists to explain where this money went.

We believe this study to be the most detailed and comprehensive look at where DAF grant dollars are going to date. It is more comprehensive than our prior study that looked at data regarding donor-advised fund grants distributed from 2012 to 2015.

We are doing additional research based on data from DAF grants for 2020. The information available so far indicates that priorities for these donors changed during the COVID-19 pandemic. DAF grants to human services nonprofits, such as food banks and homeless shelters, grew strongly in that year for the subset of organizations we studied.

In addition, we are finding that grants from donor-advised funds in our sample to historically Black colleges and universities and racial justice organizations more than quadrupled from 2019 to 2020, growth that is consistent with an overall trend in philanthropy. As final 2020 IRS data is released, and in the years ahead, we will continue to track what DAFs are funding – and how those trends may be shifting.

There are still many unknowns about DAFs, including how much money flows in and out of individual accounts each year. Many legal scholars, philanthropists and charity leaders are debating whether DAFs should be regulated differently. Proposed legislation pending in Congress would introduce new rules, but it’s not clear how the flow of money from DAFs to charities would change if that bill were to become law. 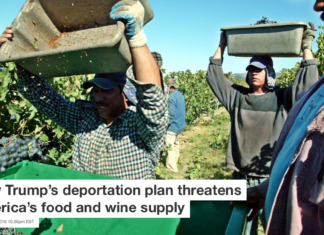