Walk down any high street in the UK and chances are you’ll find a Timpson key-cutting and shoe-repair outlet – and the person behind the counter may well be a former offender, as are 10% of its 4,500 employees.

“The reason why we recruit people from prison is because I’ve learned that it’s a really good way of finding amazing people,” chief executive James Timpson said in a recent podcast. “We’ve now got to the stage where 10% of my colleagues are people with prison experience. They are treated like everyone else: if they work really hard and do the right things they get promoted.”

These policies of the family-owned business, which calls its employees “colleagues” rather than “staff”, signal everyone’s equal importance. It also shows that finding “real” jobs, meaningful and sustained employment – not training courses, internships or work experiences without payment can reduce reoffending among people released from prison. Additionally, it can boost their self-esteem and benefit the firms that hire them.

Unfortunately, there aren’t enough companies like Timpson willing to go into what seems like completely new territory. My ongoing research, in which I have conducted over 50 interviews with employers and ex-offenders, looks into the practices of companies. It finds that this reluctance often reflects both misconceptions about hiring ex-offenders and misguided concerns that the process will be onerous.

As with any group, some ex-offenders may lack the skills or qualifications for some jobs they want to pursue after prison. However, the much greater challenge is often employer misconception of why they should not hire people with a criminal past. My research revealed several misconceptions that posed barriers to hiring former prisoners.

The first was that hiring ex-offenders is “something very radical to do”. Employers implied that actively hiring people who had been to prison would be something out of the ordinary. However, 11 million people across the UK have a criminal conviction, so working to provide jobs for this group should not be seen as an unusual activity.

The second misconception among employers was that hiring ex-offenders would be “very risky”, particularly for the company’s reputation. However, companies such as Timpson, Virgin Trains, Greggs and Pret a Manger who hire ex-offenders have been praised and are often evaluated favourably for this. A recent survey by the Ministry of Justice showed that 92% of companies who actively hired former offenders saw their reputation rise because of it.

And the third was that employers often feel that hiring ex-offenders will be an extra burden. However, in practice, there are several relatively easy pathways to hire ex-offenders.

Ex-offenders entering into the workplace

One pathway focuses on collaborations between employers and “re-entry organisations”. These can be charities or social enterprises that ease the transition of ex-offenders back into society through counselling, training and supporting the employment process. Organisations like Clean Sheet, Offploy, or Tempus Novo act as agents for people with a criminal conviction, and some focus on particular industries. For employers new to hiring ex-offenders, re-entry organisations can help guide the process and advise on how to manage it, while also answering questions after the hiring process.

A second pathway is through working directly with prisons. Several of the companies I studied, often those that wanted to hire more frequently and employ larger numbers of staff (in construction, for example) mostly collaborated directly with their local prisons. Some prisons have dedicated staff responsible for interacting with employers by setting up interviews or entire job fair days. This pathway allows companies to directly meet a number of candidates face to face and provides a job from day one of leaving prison for ex-offenders.

A third pathway to hiring ex-offenders is for employers to redesign their hiring policies in a way that ex-offenders feel welcomed to apply, through normal means such as online job search and recruiting websites. Often, this involves a few simple tweaks: communicating on the company website that applications from ex-offenders are highly welcomed and that candidates will be judged on their skills alone, and not directly asking about criminal convictions during the hiring process.

Overall, the companies that I worked with have had overwhelmingly positive experiences with hiring ex-offenders, who often bring both skills and unique personalities to their new employers. Ex-offenders are usually also relieved to find employment, making them very committed to their new work. This leads them to, in many cases, stay longer than the average employee, resulting in higher retention rates and retention periods and in turn reduces recruitment costs for the employer.

For 2021, I would encourage more companies to get on board this movement and to reduce reoffending rates through life-changing opportunities for people with a criminal past. Hiring people with convictions is good for business, and good for society. 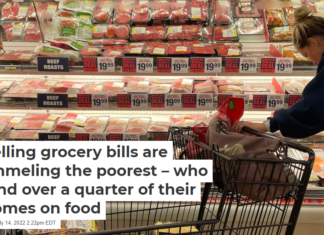 Swelling grocery bills are pummeling the poorest – who spend over...

What is a 529 college savings plan? An economist explains