Much has been made of the distress and discontent in rural areas during the 2016 U.S. presidential election. Few realize, however, this is also felt through unequal health.

Researchers call it the “rural mortality penalty.” While rates of mortality have steadily fallen in the nation’s urban areas, they have actually climbed for rural Americans. And the picture is even bleaker for specific groups, such as rural white women and people of color, who face persistent disparities in health outcomes. In every category, from suicide to unintentional injury to heart disease, rural residents’ health has been declining since the 1990s.

While some have blamed these gaping disparities on “culture” or “lifestyle” factors – such as a supposed fatalism or overconsumption of unhealthy products like Mountain Dew – the truth is that the biggest culprit is limited access to health care and challenging economic circumstances.

The passage of the Affordable Care Act (ACA) in 2010 began to change this as more rural Americans gained insurance coverage and the government invested more money into regional health facilities and training.

This progress is now at risk, however, as the Republican Congress inches closer to repealing Obamacare and replacing it with a feeble alternative that greatly weakens rural health care access. As researchers who study the mental and physical health of rural Americans, we believe this would have disastrous consequences.

The travails of rural America

Even as rural America feeds the country, hunger is on the rise in rural areas.

Some 98 percent of rural residents live in food deserts – defined as counties in which one must drive more than 10 miles to get to the nearest supermarket. This makes it challenging to maintain healthy and nutritious diets, leading to higher rates of obesity in rural areas that greatly increase the risk for diabetes, heart disease and certain cancers.

As rural workers struggle to sustain employment in a shifting economy, the increasing poverty is contributing to mental distress and substance use. On a larger scale, the economic changes that have hit rural areas have resulted in a declining tax base, lower incomes and strained educational institutions. Together, they challenge rural residents’ health not just in the immediate term but cumulatively over their lives.

Yet, despite all these medical issues, rural residents have a tough time getting the health care they need.

The nature of rural employment, for example, is characterized by self-employment, seasonal work and lower-than-average pay. This means rural workers are less likely to get insurance through their jobs and thus face higher premiums when buying their own policies.

The lack of public transportation in most rural areas is also a major hurdle to seeing a doctor, particularly as residents have to travel much farther than those in urban areas to reach health care providers.

Rural residents get most of their services through primary care providers, who take on the work of other practitioners, like behavioral health clinicians, due to longstanding specialist shortages. When handling numerous complaints during a single medical encounter, primary care providers may concentrate on the most acute health concerns of their patients, undermining the ability to diagnose all their conditions and meaningfully discuss their larger health risks, such as exercise, weight and substance use. When providers are rushed or deliver sub-par care, rural residents may wonder if seeking it out is worth the challenge, opting to struggle on their own.

These and other constraints make it tougher for rural Americans to get the screenings necessary to spot serious diseases such as cancer early or to maintain adequate followup on conditions like hearing loss. Finding the regular medical care necessary to manage chronic conditions, such as diabetes, depression or opioid disorders, is even more challenging.

Rural health care has at times been characterized as patchwork. In part, that’s because the costs of sustaining health care infrastructure in rural areas are higher thanks to the large service areas, the inability to negotiate bulk pricing and lack of financial incentives to fill in provider gaps.

The ACA and the AHCA

The ACA, intended to turn this around, has in fact led to dramatic gains in insurance coverage among rural Americans.

Broadly speaking, insurance rates in rural areas reached almost 86 percent in early 2015, up from an estimated 78 percent in 2013.

In Kentucky – a state with high poverty, a large rural population (42 percent of residents) and a successful Medicaid expansion initiative – tens of thousands of newly insured low-income adults began using preventative services after previously being unable to afford it. The state’s uninsured fell by half and, as a result, fewer people skipped taking their medications due to financial hardships relative to other states that didn’t expand Medicaid.

The ACA also strengthened rural health care institutions by investing in upgrades to hospitals and clinics, preventative health programs and support for providers to stay in rural areas. While rural hospitals are often laden with the expense of providing extensive care without payment to indigent patients, rural hospitals in states that expanded Medicaid under the ACA finally were able to better balance their books when caring for this vulnerable group. At the same time, the ACA supported innovative models ideal for rural areas that prioritized outreach, integration of services and collaboration between safety-net players.

Both the House and Senate bills to repeal and replace Obamacare would drastically reduce rural Americans’ insurance coverage and significantly threaten the ability of many rural hospitals and clinics to keep their doors open. Analysts show that the bill would provide insufficient tax credits to pay for rural premium costs, drastically increase the price of rural premiums and increase uncompensated care in rural hospitals.

Previous efforts at health care reform show us that rural areas are uniquely vulnerable. Efforts need to take account not only of coverage and access – as has been the focus of the current debate – but also how reform affects rural health care institutions and the larger social factors shaping overall health.

The particular economic factors affecting rural health care institutions make rural areas particularly vulnerable to political shifts that disrupt services for existing patients and for those newly insured, creating immense challenges for rural providers. Steps that fail to account for the impact of financial hardship on these institutions not only hurt their bottom line but contribute to poor morale and workforce turnover and larger-scale decisions to reduce services, which decrease their ability to address patient needs.

At the same time, commitment to improving the health of rural Americans requires attention to the so-called upstream factors shaping rural health. That means preserving the safety net programs so vital in rural areas with underemployment and low-paying jobs, strengthening rural economies and investing in high-quality education.

If our leaders are serious about reform that will lessen the rural-urban mortality gap, they should recognize the unique needs of rural America and ensure health care policy reflects how vital access to quality care is to their financial success – not to mention their well-being. 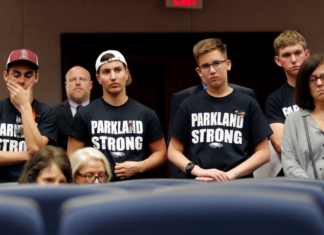