A mark of a great leader is what’s left of the legacy generations later. It’s four decades since the tumultuous Whitlam government, and his large handprint is still all over modern Australia.

Whitlam was a transformational prime minister. He suited and grabbed hold of his special times but also imagined the nation’s future. In just three years, he erected such solid foundations in so many policy areas that they have not just endured subsequent governments but have often been building blocks for them.

In his tribute, Tony Abbott noted the “enduring legacy” of Whitlam’s establishment of diplomatic relations with China, now our largest trading partner. And Whitlam, Abbott said, “recognised the journey that our country needed to take with indigenous Australians. The image of soil passing from Gough Whitlam’s hand to Vincent Lingiari’s is a reminder that all Australians share the same land and the same hopes.”

In education, health, welfare, environment, social policy, legal reform, the arts and many other major areas Whitlam changed the way things were done, widening opportunity and broadening Australians’ outlook. In international affairs – for a while Whitlam was his own foreign minister – Australia turned a new, more independent face to the world.

Time has given perspective, making Whitlam’s achievements shine through more brightly. But for all those, his was a government with big limitations, one of which (ironically) was the PM’s determination to keep promises regardless of rapidly changing economic circumstances.

Whitlam did not give the economy the primacy it demanded. Winning after 23 years out of office, Labor struggled to handle power and Whitlam was not able to effectively manage his team. The strengths of the next Labor government, led by Bob Hawke, included learning from the faults of the Whitlam one.

For a long time Whitlam was defined in retrospect not just by the shambles and shenanigans of his government’s latter days but particularly by the extraordinary way he left office, his dramatic sacking by Governor-General John Kerr, which put such strains, in the short term, on any comity in the political system. (On Tuesday, people took flowers to the steps of Old Parliament House, from which he delivered his famous speech.)

Gradually the balance has shifted; from being a matter of red-hot contemporary passion, the dismissal has become a historical event with little contemporary resonance for younger people. Similarly the chaos of much of those wild, exciting three years has fallen away in memory, to leave the positives as grand monuments.

Whitlam speaking to the crowds outside Parliament House after the dismissal.
moadoph.gov.au

The good inevitably dominates tributes when former politicians die, but there has been something different about the words for Whitlam. As today’s players temporarily put aside their squabbling and pettiness, they recognised that this man will always rank among the most notable Australian PMs (which is different from being the best).

Whitlam was charismatic, a symbol and builder of what was modern Labor, a party reaching out to middle-class supporters. In the late 1960s, as he began his run to power, he was helped by the new era abroad and at home. These were years of fresh thinking and political inspiration. It was just after JFK and Camelot. They were also times of division, with the Vietnam war claiming Australian as well as American lives.

In Australia’s cities, urban spread and suburban aspiration brought new issues. Whitlam never blushed to dwell on sewerage, while also focusing on families’ aspirations for their children (promising free university education and money for schools) and their desire for security from health costs (Medibank was the forerunner of Medicare).

He might have been something of a political toff (his father had been Commonwealth Crown Solicitor, and Gough attended Canberra Grammar) but he could relate to ordinary people – he lived in Sydney’s western suburbs – and especially to ethnic communities.
If the times suited Whitlam, the ALP didn’t: he had to fight ferociously to force even limited structural reforms. He brought courage and an iron will to the battle. It is hard to believe, hearing today’s condolences, that in 1968 Whitlam held on by only a handful votes (38-32) after he put his opposition leadership on the line over a long-forgotten internal stoush involving Brian Harradine.

A still from the iconic ‘It’s Time’ campaign.
Youtube

While in opposition he wrestled a frequently recalcitrant ALP, Whitlam often went over the heads of the party to the people. Operating before the 24-hour news cycle and the crude “spin” industry, the Whitlam machine drew from old and new models of politics. It could sell messages, especially to opinion makers, through persuasive argument. But it was also pioneering new techniques. The 1972 campaign brought these strands together with a long traditional policy speech and the razzamatazz “It’s Time” jingle performed by celebrities.

Most things about Gough were larger than life: his physical size, his vision, his distinctive and much-imitated voice, his penchant for calling people “comrade”, and his temper (when he invoked more colourful terms). He could insult and attack with a rapier; when riled his eyes flashed, even bulged; his tongue lashed not just opponents but caucus colleagues.

Above all, he had an ability to endure and believe, regardless of what happened to him.

He regarded his dismissal as a monstrous political assault, and talked and wrote about it passionately. But he did not allow what occurred in the Governor-General’s study on that sunny November morning to eat into his soul. Despite the devastating 1975 defeat, he managed, partly driven by his own exhortation to “maintain the rage”, to lead Labor to the 1977 election, only to be again routed.

In retirement, he never stopped defending The Program, but in other ways he moved on to savour post-prime ministerial life, partly because of his renaissance-man range of interests but also thanks to a perennial optimism.

For a young journalist in Canberra, as I was in the early 1970s, Whitlam was a formidable, rather intimidating, but highly engaging figure. It took me years to brave a question at his weekly press conferences. One feared those Whitlam ripostes (though I think they were mainly reserved for the seniors).

I recall his suggesting I ride in his car from Launceston to Hobart at the end of the Bass byelection. It had been a dreadful week of campaigning for Whitlam; Labor was headed for a huge drubbing the following day, which would bring the election of Kevin Newman (Campbell’s father). Gough’s mood was dark, but practical too, wanting to know from daughter Cathy, who was also in the car, about breakfast next morning in the Lodge (Margaret, his support in almost everything as well as a great figure in her own right, must have been away).

Food was always important to Gough. At a community function, he’d invariably have an eye out for the lamingtons.

And who else, having just been sacked as PM, would go to the Lodge for his lunch of steak, rather than back to Parliament House to warn his senators the government had been dismissed?

It’s only a bit of a stretch to see that lunch as a metaphor for Whitlam strengths and weaknesses. He would not be blown off course. But he found it hard to change tack when storms hit. 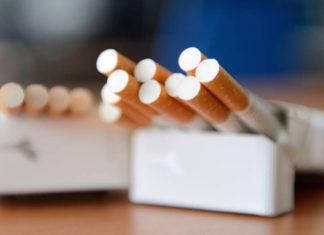