In the last week, Defence Minister David Johnston has flagged a “capability gap” if the next fleet of submarines is designed and built in Australia.

“We are under such time constraints to avoid a capability gap and I cannot afford to not have submarines in the water,” he told Sky News. “This country cannot afford that.”

It is the first time such urgency has been prioritised; it has hit the headlines with dramatic effect. In this case, however, the Coalition’s stance requires scrutiny, given what is at stake.

By claiming that there is not enough time to design and build the next fleet of submarines in Australia, the Coalition is seeking to prioritise urgency over economic reality.

Australia risks providing its navy with submarines that will not do the job, put the men and women in our forces at risk and be unable to be sustained in Australia due to the lack of sovereign capability resulting from an overseas build.

Johnston has blamed the previous Labor government for delays in the planning of the submarine project, without mentioning the role of the Defence Materiel Organisation.

For the last five years, the DMO has been undertaking preparatory studies for the next submarine fleet but has made little progress. Notably, the DMO is a leading advocate of an overseas build.

According to the DMO, this option is preferable for four reasons. First, it argues there is insufficient time to design and then build a new submarine in Australia. As a result, a case exists for a “limited tender” to be offered to a sole source such as Japan.

Second, the DMO claims that submarine construction knowledge and experience in Australia is very low. Third, it argues that Australian industry is incapable of successfully completing even “build to print” designs such as the Air Warfare Destroyer (AWD).

Finally, the DMO argues – erroneously – that it will cost the Australian industry twice as much as building submarines overseas.

According Dr John White – widely regarded as a leading expert on major shipbuilding projects, including the future submarine – there is little evidence to support the DMO’s arguments.

There is an alternative

First, there is time to design and build the next fleet in Australia, with the support of the right overseas partner. White advocates a three-part competitive process to deliver the best operational solution at the best price, with clear milestones to avoid the cost blowouts of previous projects.

His detailed but very conservative timeline incorporates that process into a schedule spanning 12 years – from 2015 to operational service in 2027. This could be shrunk by at least two years with the right partner.

Contrary to DMO’s view, Australia does have the capability to build the next fleet of submarines. All three European contenders are willing to work collaboratively with Australian industry. The outcome would have as a side effect a large benefit for the future of Australian manufacturing and innovation and have enormous significance for economic and national security.

“The opportunity to embark on a continuous submarine build program in Australia with the avoidance of construction learning curves that have been evident in previous one-off or limited projects in Australia will deliver significant cost and schedule savings – that have been achieved by our allies through long-term programming,” White argues.

Any claim that Australian industry is incapable of a “build to print” option is also untrue. The much-cited “evidence” is the AWD – not comparable to the submarine project now under discussion. Fraught with design and integration problems, the AWD project has been assessed by the Australian National Audit Office, which did not single out incompetence or lack of a capability as a factor.

To avoid cost blow-outs a project structure should be established where the shipbuilder is solely responsible (preclude DMO from meddling in the management process and technical details without incurring the responsibility for the associated cost and schedule increases) and the design office is located at the shipyard and subordinate to the shipyard. Doing this will assure sovereign capability.

Finally, there is the question of cost. Evidence presented to the Senate inquiry into the future of the nation’s naval shipbuilding industry has demonstrated it costs no more to build submarines in Australia – around $400,000 per tonne.

The response to such evidence should not be haste. Respect for due process and careful consideration of the facts is required. The correct response is a contested project definition study that weighs up proposals from all four contenders, securing the best solution for our national security and the best value for the Australian taxpayer. 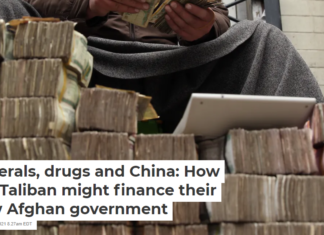