Instigated once again by events in the Middle East, talking heads in Washington have renewed a debate about whether America should have a grand strategy and, if so, what form it should take. This extends from the more abstract discussions about American leadership to specific debates about how many American troops should be operating in Iraq and what functions they should perform.

Critics of President Barack Obama continue to deride his apparent lack of an overriding principle to guide American policy, crystallized by his reputed comment in August that the first principle of foreign policy was not to do “stupid shit.” As if a silver bullet, the word “strategy” has been invoked in varying contexts by commentators across the span of the American political spectrum: whether to react to the Islamic State, how to react, when and where.

This debate about a guiding strategy is nothing new. Advocates of grand strategy hark back nostalgically to the four decades of the Cold War. American foreign policy then supposedly operated on the principle of “containment.” They conveniently ignore the fact that George Kennan, the architect of that term, subsequently disavowed it because he thought others contorted its meaning to serve their own purposes. In that spirit, Kennan would no doubt have recognized the contortions used by politicians in the current debates.

Certainly America’s rosy lens about its coherent “strategic golden age” doesn’t match the historical record. It was a time when America was supposedly unified – when politics stopped at the water’s edge and the contours of policy was clear. But in reality the claim is overstated.

President Harry Truman initiated the policies of containment and the Marshall Plan. He is famous for his adage that “the buck stops here” and is now widely regarded by Americans as the epitome of a decisive president in foreign policy. But, as historian Hal Brands notes, he was heavily criticized at the time and Truman left the White House as one of the least popular Presidents in modern history. The “golden age,” in other words, “did not appear so golden at the time.”

Likewise, Henry Kissinger, Richard Nixon’s Secretary of State, is widely regarded as a master modern diplomat. He was – and remains today – a bullish advocate of grand strategy. Kissinger’s goal in his words was to “shape the currents of our time in the light of our values.” Yet America’s withdrawal from Vietnam was as messy as it has proven to be so far in Iraq. And Kissinger and Nixon faced as many problems from a discordant Congress as John Kerry and President Obama do today, finally succumbing to their obstinate refusal to cooperate by the mid-1970s.

Proponents of grand design vary in what they advocate. Some, such as presumed democratic presidential candidate Hilary Rodham Clinton, vocally favor a muscular form of engagement. Her current views echo that of former president, Bill Clinton although he offered no grand strategy himself as president. Yet President Clinton’s then Secretary of State Madeline Albright famous described the United States as “the indispensible nation” in a TV interview in 1998. This entailed American forces intervening in Africa, Europe and the Middle East in the name of human rights. Yet from Bosnia to Somalia, these efforts proved to be lackluster.

Clinton’s successor, George W Bush, of course embarked on a more ambitious scheme, one with a blueprint to create a liberal form of democracy and capitalism in the Middle East. Today’s leading Republicans such as Rand Paul, Ted Cruz, Dick Cheney and John McCain joust in spirited debates over policies of retrenchment – a modified version of isolationism that was popular in America in the interwar period – and global engagement.

Calls for retrenchment are given greater respectability by academics such Stephen Walt of Harvard University who suggested that America should “Do No (More) Harm.” It should focus its policy on “strategic disengagement” from the region, however regrettable the cost to human life that policy may be.

Stung by the failures of both predecessors, President Obama has been far more reticent to engage in foreign policy intervention. He was unable to achieve accords with allies and enemies in his first administration on a variety of issues, from broad agreements on climate change to brokered deals on North Korea and Iran. The same has been true more recently of the Israeli-Palestinian conflict.

These failures have reinforced his natural caution when engaging in the quagmire of foreign policy. His repeated invocation that there will be “no boots on the ground” in Iraq or Syria has come to symbolize more than his sensitivity to the war-weariness of the US public. It is also his emotional and – dare I say it – “strategic” commitment to the idea of always having a flexible and easily implemented exit strategy.

Obama has presided over the messy, and ultimately unsuccessful disengagement in Iraq. He has the same problem brewing in Afghanistan, as America commits to maintaining a residual force there. So it is hard to blame him for his caution. Engagement, for the president, begins with an exit strategy.

This tendency to take issues on a case-by-case basis, and to move incrementally rather than boldly, has been to the chagrin of his critics. Some Republican hawks echo the position of the Bush administration. They favor a more robust US commitment in what has quickly become known as “Syrac”. Even some Democrats such as House Minority Leader Nancy Pelosi, Minority Whip, Steny Hoyer and Senate Majority Leader Harry Reid have joined Republicans in calling for more concerted action.

What the public wants

Against this background, the midterm elections are rapidly approaching. Hawkish politicians in both parties have been encouraged by recent US opinion polls favoring expanded military engagement in the belief that the Islamic State (IS) threatens both Middle Eastern regional stability and, more importantly, domestic security at home.

A Pew Research Center poll released last month suggested that the majority of Americans now favor American intervention. Indeed, 41% expressed the concern that the president’s plan will not go far enough in stopping Islamic militants – a significant increase in support for action compared to the summer. And for once, President Obama has bipartisan support: majorities of both Republicans (64%) and Democrats (60%) approve of his plan. Yet, notably, fewer than one-in-five thought it would make the US safer from terrorist attacks.

Still, it is a familiar mantra: fight them over there and not here. It also illustrates the fluidity of the US public: faced with a threat, however remote, they demand a concerted, often overly committed, muscular and generally one-dimensional response. Words used by the president such as “degrade and destroy” resonate, although even this more technical language lacks the Hollywood style appeal of “shock and awe.”

The president’s own military commanders tell him this is will be a long war. Yet it is engagement with a potentially easier exit strategy than we have seen in the past. If the coalition falters, withdrawal will be painful – but not as tortuous as it was in Iraq in 2010. Looking beyond the vista of partisan politics, in effect, the president wants to rewrite the country’s relationship with the international community. America wants to support or “sponsor” a global initiative – while reserving the right to claim that it leads it.

We are left with two conclusions. Either this approach is a classic example of the president hesitantly deploying US armed forces: one in which he will be unwittingly but just as inevitably dragged along by his chief military commanders into another ground war.

Or the president is pursuing a sophisticated new approach to US foreign policy based on a strategy of reluctant engagement, legitimacy building and burden-sharing – one in which America will use its resources in proportion to the global and local commitment of others.

Only time will tell which is true.

Simon Reich does not work for, consult to, own shares in or receive funding from any company or organisation that would benefit from this article, and has no relevant affiliations. 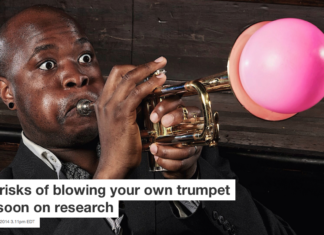 Staff Writer - October 21, 2014
By Daniel Price, Monash University UNDERSTANDING RESEARCH: What do we actually mean by research and how does it help inform our understanding of things? Today...