As the first US president visits Cuba in 88 years, many Americans hope that Barack Obama’s trip will lead to a normalisation of relations with Cuba, opening the Caribbean nation up to the American values of liberty, free trade and democracy. Cuba undoubtedly has its problems, as numerous articles attest. But my experience as a visitor and researcher there shows a different side to the story and there is much the capitalist world can learn from Cuba, too.

According to the UN Development Index, Cuba is ranked as “highly developed” with a life expectancy of 79.4 years – better than that of the US (79.1). It has also made notable achievements in education, infant mortality, gender and racial equality, and has low crime rates that are among the best in the world, all despite its GDP being a fraction of the US.

Cuba’s health system in particular is the envy of many and the Cuban pharmaceutical sector is punching way above its weight in terms of research, value for money, and innovation into new treatments for important diseases such as the first lung cancer vaccine. So how has Cuba pulled this off?

On a research trip to Cuba, colleagues and I talked to the top directors of BioCubaFarma, a new umbrella organisation that brings together different branches of the pharmaceutical industry. The interviews revealed a number of reasons for Cuban pharma’s success – in particular, their strategy, their values, their structure and their business model.

Strategy and values go hand in hand. The values of the Cuban revolution are solidarity, social justice and equality. Healthcare and education are key means of achieving these. As a state-owned entity, BioCubaFarma considers its shareholders to be the Cuban population so its priority is their health needs. This may sound obvious, but the same does not apply to US or European pharmaceutical companies, where the primary strategic priority is profit.

The pursuit of profit means there is a tendency to develop large numbers of different versions of the same drug – companies only need to demonstrate they perform better than placebo, not better than existing drugs. Time and money is poured into so-called “me too” drugs for common diseases that are suffered by those who can afford to pay for them. There are, for example, numerous similar treatments for common complaints such as acid reflux and high cholesterol.

In the US, the need gap that arises from developing these unnecessary drugs is bridged by marketing and even disease-mongering to encourage people to buy its drugs. Thus resources that could have gone into research and development into new drugs are channelled into advertising. There are also inefficiencies arising from competition as many pharmaceutical companies chase the same targets. Simply put, Cuban Pharma is punching above its weight in innovation and development of important new medical treatments simply because it has health needs, rather than profit, as its first priority.

The US hopes that normalising its relations with Cuba and having a stronger influence will help promote democracy and free trade. In the West, there is often the assumption that the rise of capitalism and democracy in Cuba is inevitable. Yet the pride Cubans feel for their revolutionary history and their determination not to surrender the gains they made from the revolution should not be under-estimated.

My research indicates that Cubans will be very selective in their business partners and careful about retaining sovereignty. They are unlikely to allow market forces or business interests to rule in Cuba. I also found that there was little call from Cubans themselves for a multi-party democracy in Cuba, in part because of the high level of direct public participation in policy-making.

Cubans hope desperately for an end to the trade embargo with the US and for an influx of materials they need to rebuild their beautiful but crumbling buildings. The Cuban people will also be glad to have access to a wider variety of goods in their shops. But some Cubans also fear that the US has changed its tactics but not its aim to see regime change in Cuba.

Cuba dislikes and distrusts American foreign policy, with good reason. There have been hundreds of CIA sponsored plots on Cuban leader Fidel Castro’s life, and numerous covert attempts at subversion that still continue. Yet the Cuban people and the leadership welcome open debate and interaction with American visitors and are more confident that they will convince them of the virtues of the Cuban way than vice versa.

Indeed, if efficiency is achieving more for less, then Cuba is one of the most efficient countries in the world. Cuba has been rated the only sustainable country in the world, whereas if we all consumed at the rate of the US, we would need five planets.

Despite its poverty and severe restrictions on resources due to the ongoing embargo, Cuban achievements in terms of health, education, international solidarity, culture, sport, literacy and pharmaceutical innovation rank alongside those of first world countries. So maybe we should be asking not what the US can teach Cuba, but what can they learn? 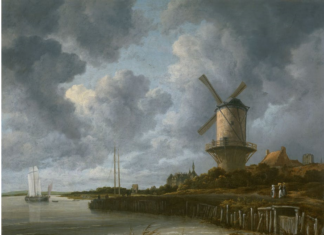 Staff Writer - May 16, 2020
Margaret Birney Vickery, University of Massachusetts Amherst Amid the economic and social fallout of the COVID-19 pandemic, many people see the process of restarting society...