By Denis Dragovic, University of Melbourne

There are two reasons why we should ignore the growing calls in the United States, Canada and Australia for Western “boots on ground” – meaning ground troops – to fight and destroy the Islamic State (IS).

The most often heard caution against engaging in urban warfare is the potential for civilian deaths, and the inevitable protracted engagement that creates resentment, which in turn feeds the propaganda machine.

But this article responds mainly to the second reason, which is of far greater consequence: the fact that in Iraq and Syria right now, there is no alternative group that could fill the void created by a defeated IS. So even if we could topple IS, who would govern the liberated lands?

Behind the rise of IS

The success of IS in Iraq and Syria has been dependent upon different factors.

In Iraq, the areas controlled by IS are largely Sunni Arab territories. Having benefited from Saddam Hussein’s rule, the shift to democracy and an eight-year Shia government of Nouri al-Maliki has turned the tables.

The Sunni community of Iraq has been disenfranchised and in some cases persecuted by the dominant Shia through official and unofficial channels.

IS’s success was only made possible by the support of this Sunni community. Any lasting solution will require Baghdad wresting that allegiance away from the black flag of IS and back to the banner of a united Iraq.

This is why Obama held out against supporting Nouri al-Maliki’s efforts to retain power, recognising the need for systematic political change.

But the new government has only shifted personalities at the highest of levels. The vast bureaucratic and military infrastructure was and remains a Shia dominated body, with positions filled through cronyism, nepotism and corruption.

It is unlikely that the change of government under Prime Minister Haider al-Abadi will mean the interests of Iraq’s Sunni population are being served any better in the near future. A root and branch review of the Iraqi public sector is required which will require a concerted political effort over many years.

Under these circumstances, arming and supporting the Shia-dominated Iraqi military to “liberate” Sunni territories is likely to cause further angst.

What comes after aerial bombing?

In the first few weeks of Iraqi operations against IS, the military was accused of indiscriminate bombings of civilian areas (subsequently halted), its Shia militias reportedly committed atrocities not dissimilar to IS, while a political settlement that responded to Sunnis concerns remains seemingly beyond reach.

This is why a military response in Iraq should be limited to aerial degrading of IS assets and militarily limiting its expansion – but not encouraging, funding or providing tactical advice to government or militia combat troops in an effort to route IS.

Instead, the long-term response should adopt a rogue state strategy by containing and isolating IS while supporting alternative Sunni groups to shift their allegiance away from IS. That’s what the US did so successfully in 2006 with the same Sunni groups.

When this shift occurs, it will be the indigenous Sunni Arabs – not foreign fighters and Islamic militants – who will hold political authority over their territory and be in a position to negotiate a sustainable settlement with Baghdad.

In Syria, a similar course of action is more morally ambiguous.

As we near the fifth year of the conflict there is no clear alternative to Syrian President Bashar al-Assad.

The Free Syrian Army, key partners with the US in the fight against IS, were described disparagingly only months ago by President Obama as being, “former farmers or teachers or pharmacists,” with little chance against a battle hardened regime.

Other not so appealing alternatives include al-Qaeda’s franchise in Syria, al-Nusra Front, and secessionist Kurdish fighters whose territorial gains could lead to instability in Turkey.

Within this complex web of competing interests and shifting alliances there is no viable group ready to fill the power vacuum that would emerge in northern Syria were IS to be destroyed.

Without a political succession plan, the territory currently occupied by IS would simply return to a chaotic battleground of vying rebel groups.

A deal with the devil to defeat ‘evil’?

If IS is what Western leaders have claimed it to be – “evil” (Obama), “uniquely evil” (Abbott) and “pure evil” (Cameron) – then the only course of action available to the international community is to work through Russia and Iran to support Bashar al-Assad in Syria.

This may already be happening. Rebels have raised complaints asking why IS and al-Nusra Front assets have been targeted while Syrian regime targets have been untouched.

Why is there no coordination with Free Syrian Army commanders on the ground? Other moderate groups have spoken out against the airstrikes, claiming that they will only help the regime.

One of the key lessons we learnt from the Afghanistan and Iraq wars is that military forays cannot succeed without a political solution. Attempting to create such a political solution only after the fact is not something that the world has proven adept at.

In the case of IS, there is currently no clear and viable political endgame. So as hard as it might be to accept for some, if defeating IS is the goal, the best solution is likely to be isolate the militants and work to weaken them from within in Iraq, while adopting a realpolitik approach to the return of Bashar al-Assad in Syria.

Editor’s note: Denis will be on hand for an Author Q&A session between 4 and 5pm today (October 8). Post any questions about Western intervention in Syria and Iraq in the comments below.

Denis Dragovic does not work for, consult to, own shares in or receive funding from any company or organisation that would benefit from this article, and has no relevant affiliations. 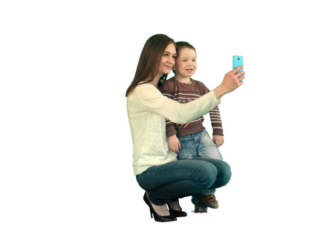 Staff Writer - February 4, 2019
Priya C. Kumar, University of Maryland In a recent essay published in The Washington Post, a mother explained her decision to continue writing essays and...

Welcome to your first job: expect to be underpaid, bullied, harassed...