Musicians often have curious minds, and the pianist and composer Horace Silver was no exception. An often overlooked musician in the public eye, Silver wrote some of the most performed jazz standards of the modern era. His playful inquisitiveness was essential for the language of jazz. And this quality is glimpsed in the titles of some of his albums and compositions – Silver’s Blue, Ecaroh, 6 Pieces of Silver, Horace-Scope.

A contemporary of Miles Davis, Silver was born in 1928. In his early 20s he moved to New York, and so was surrounded by great jazz musicians like Coleman Hawkins and Lester Young whilst working at the famous Birdland club. Jazz was at a transitional time. Musicians were beginning to react aggressively against the swing era and the big bands that had come to dominate the scene during the 1930s.

In the 1940s, Charlie Parker (with whom Silver played on a number of occasions) and Dizzy Gillespie, and many others besides, had forged a new highly virtuosic style of jazz called bebop. It reacted against the medium tempos and refined nature of swing with a more angular approach, looking to the modernist classical composers and the rhythms of afro-cuba and beyond.

But by the late 1940’s and early 1950’s young jazz musicians who had grown up with bebop were experimenting, hungry to develop their own voices. New styles and ways of playing began to emerge. Dave Brubeck, Paul Desmond, Chet Baker, and many others were also developing a style that would later be known as cool jazz, and Miles Davis had recorded what would later be released as Birth of the Cool. It was also around this time that Gil Evans and Miles Davis started meeting in New York and working together, and Bill Evans moved to New York in 1955.

So when Horace Silver moved to New York in 1951, it was into the maelstrom of a period when the seeds modern jazz had been planted and were beginning to bear their first shoots. Within this heady mix was another potent development, which came to be known as hard bop.

For many this resulted from those looking to ground their music in the folk and gospel music traditions. The interest was to reinstate the centrality of the more international sounds that had always been a part of the language of jazz (Jelly Roll Morton called in the Spanish tinge), and Horace Silver was central to the direction these developments took.

Though Silver had been heavily influenced by early swing and stride pianists such as Art Tatum and Teddy Wilson, he was also influenced by beboppers such as Bud Powell. But his disconcertingly simple style of composition and melodic construction lends most to the influence of Thelonious Monk, whose own individual style of writing and playing had been defined against bebop. It was within this mix of ideas and influences that Horace Silver found his own unique voice.

His mixed heritage also had a major part to play in this – his father was a Portuguese speaker from the Cape Verde islands and his mother was of Irish-African descent. One of his most enduring compositions, Song for My Father, was a personal take on his father’s musical heritage.

Silver’s signing to Blue Note Records and his association with Art Blakey, with whom he co-led The Jazz Messengers, set about the development of possibly the most popular style of modern jazz – the early hard bop recordings. Silver took the bebop and stride pianists of his formative years and used the Latin sounds of Getz, and his father’s folk music, the sounds of early blues singers such as Memphis Slim and simple gospel harmonies. He combined them all to create something new, something different to everything else that was going on in jazz at the time.

Hard bop moved away from the flashiness of bebop and grounded it in a more earthy sound, with an emphasis on groove and melody. A typical early example of this is seen in his track Opus de Funk from 1953. The term funk (an old slang word) as a musical category was something that was still far off, a decade or more away into the future. But you can see hints of what we now associate the term with here: Horace Silver was an innovator who made a unique contribution to jazz through a long and respected career.

Adam Biggs does not work for, consult to, own shares in or receive funding from any company or organisation that would benefit from this article, and has no relevant affiliations. 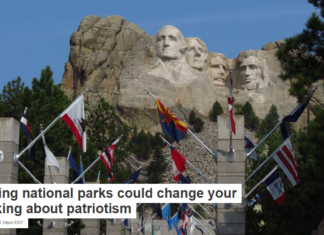 Visiting national parks could change your thinking about patriotism

Staff Writer - June 29, 2019
Jennifer Ladino, University of Idaho When I took a post-college job as a seasonal ranger at Grand Teton National Park 23 years ago, I noticed...