Germany has sent the message that a Greek exit from the eurozone might be the lesser of two evils. It has been interpreted as a warning to the Greek electorate ahead of its January 25 election as left-wing party Syriza runs on a platform of easing the country’s debt and austerity burden. Whether Berlin is successful in this effort or not, debt is the sword of Damocles that will hang above the head of the next Greek government.

Eurozone countries are looking nervous, and the markets have already voted, sending the euro to a nine-year low against the dollar. It is a dangerous game, and both Angela Merkel and Syriza’s leader Alexis Tsipras think they can play with the markets.

From an economic point of view, the entire debate on Greek debt echoes Aesop’s fable of the “ass’s shadow” – a row over the ephemera risks clouding the real issue at hand. Two main scenarios are debated. First is Merkel’s favoured option, that Germany and the Greek government play nice and accept the current arrangement of debt management. Second, Syriza states that if elected it would ask for a portion of the debt to be written off.

Syriza insists that it would do this with or without Germany’s consent. Germany reiterates that if this is done, Greece would not be able to receive any financial assistance and therefore will be forced outside the eurozone.

It is true that Greek debt is huge. But under certain circumstances it can become manageable. According to the IMF’s World Economic Outlook, Greece’s sovereign debt stands at 300 billion euros or 174% of GDP.

The reason for this is very simple. Higher public debt requires higher interest rates and even higher if the risk of default increases. In Greece, the ten-year bond rate – the rate the government pays investors to borrow their money – increased from less than 10% in 2010 to more than 40% just before the second bailout in 2012. In the current global economic environment, rates higher than 10% are equivalent to bankruptcy. Greece’s rate today is 10% and is expected to increase before the election.

Toning down the politics

The problem is not the debt per se then, but its impact on borrowing rates. The latter are affected by political uncertainty. That’s why countries with high deficits such as the US and Japan are able to finance their debts at much lower rates than Greece: the market assumes they would never default. The recent political uncertainty in Greece makes the markets very nervous indeed. The markets will become calm if economic reasoning overpowers the rhetoric of the political debate.

The table below shows the impact of the two scenarios – a status quo, favoured by the Germans, or a Syriza debt write-off – and their impact on public and private borrowing costs. It also includes the scenario of a unilateral default which is equivalent to cutting the entire Greek government debt.

According to Eurostat data, in 2014 Greece paid 7.8 billion euros to service its debt. Thanks to the favourable terms of the bailout, the implicit interest rate is 2.35%, one of the lowest in the eurozone.

We will assume that the Syriza debt cut brings the debt to GDP ratio down to 100% of GDP. That implies a write-off of 120 billion euros which would in turn would raise the borrowing rates of both the public and the private sector because it increases the risk facing investors. How much it will be raised by cannot be estimated. However, a modest increase from 2.35% to 4.27% will have pretty much the same economic impact on public finances as the current situation. Today, many countries borrow at rates higher than 4.27%.

However, the two options do not have the same impact on private borrowing costs. Currently, the private Greek debt owed by individuals and companies amounts to 200 billion euros. With the current arrangements the annual interest payments amount to 5.2 billion euros. With a debt write-off as assumed here, this will increase to 8.7 billion euros. The status quo then looks preferable to a haircut. It’s worth noting that a default is out of the question because even with a (relatively) modest interest rate of 8.5% the cost will be 17 billion euros per year.

Germany refuses to sanction a haircut on Greek debt because it says the money effectively belongs to German taxpayers. However, a write-off would not be necessarily detrimental to their citizens, if the interest rate is raised to 4.27%. In fact, if a higher rate is negotiated with the new Greek government, it would be more profitable than the current arrangement.

Put simply, Greece – and indeed Germany – can come to an agreement to manage the Greek debt without shattering the euro market and without harming the German taxpayers. It is up to Angela Merkel to make it politically plausible at home and up to Syriza to put economic common sense above anachronistic political rhetoric. Otherwise, the fate of the euro might be the same as Aesop’s ass, which disappeared while the protagonists were bickering.

Hard Evidence is a series of articles in which academics use research evidence to tackle the trickiest public policy questions. 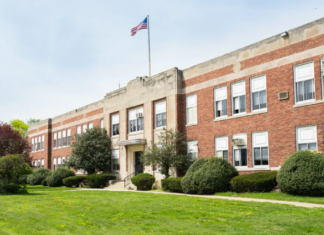 Can gene editing provide a solution to global hunger?

Tolkien and the machine