Harvard University will keep phasing out all investments tied to oil, gas and coal, it announced on Sept. 9, 2021. When Larry Bacow, the school’s president, announced this plan, he cast it as a response to climate change – part of a broader trend that’s gaining steam among many large institutions with endowments.

“We must act now as citizens, as scholars and as an institution to address this crisis on as many fronts as we have at our disposal,” he wrote.

Climate activists on and off Harvard’s campus called the announcement a victory in response to their yearslong campaign demanding fossil fuel divestment.

But as a law professor who writes and researches about the role climate change considerations can play in investments held by universities, foundations and other large institutions, I instead see it as part of a bigger story. Investing with climate change in mind is now an accepted practice for endowments, whether or not an institution uses the word divestment to describe this strategy.

Instead, he explained that less than 2% of its roughly US$42 billion endowment is connected to those industries, through stakes in private equity funds. These indirect investments will soon be phased out, and Harvard will not acquire any new assets with fossil fuel exposure in the future, its president said.

“We do not believe such investments are prudent,” Bacow said.

And that is not a sudden change. The university’s declared intention to shed its fossil fuel holdings is the continuation of a longstanding strategy. Several months earlier, in February 2021, Harvard had said it no longer “had direct exposure to companies that explore for or develop further reserves of fossil fuels.”

The term divestment is generally used in business to refer to selling an asset or the division of a company. In this context, it means selling off stocks, bonds and other assets held in an investment portfolio tied to a specific industry based on ethical reasons – rather than for financial motives.

Some schools, including Rutgers University and American University, have followed a strategy similar to Harvard’s and called it “divestment.”

Harvard, however, has refused – even now – to use that word. As a result, students, faculty and others had continued to pressure Harvard to divest, even after it began to move in this direction in 2008.

Investing with climate change in mind, or, more broadly, the use of strategies for sustainable and responsible investing, has undergone a transformation and become far more common in recent years.

Investing that incorporates environmental, social and governance factors into decision-making, known as ESG investment, may mean avoiding a company because that information indicates uncompensated financial risk.

Efforts to act on concerns about climate change and its serious financial consequences are creating good investment opportunities that might help investors make money too. A study that looked at 35 university endowments that divested from fossil fuels – whether they called it that or not – found that refraining from investments in those industries generally didn’t affect endowment performance from 2011 to 2018.

Aligning an organization’s investments with its mission has also become a more common and accepted practice for charities – a category of nonprofits that includes Harvard and thousands of other universities.

The Internal Revenue Service has issued guidance regarding how charities, as long as certain conditions are met, may use investments to help carry out their missions – not just to produce income. Indeed, the IRS said that some charities can earn a below-market return on their investments due to practices that are tied to their missions.

For example, a charitable organization seeking to improve air quality can invest its holdings in wind, solar and other forms of renewable energy. Even if those investments might appear bound to produce a smaller return than other kinds of assets, which could prove to be an unfounded fear, the investment should nonetheless be considered prudent because it carries out the organization’s mission.

That is why I was intrigued to see that Bacow’s open letter to the Harvard community recognized that seeking to slow climate change is connected with the university’s mission. Its endowment “is building a portfolio of investments in funds that support the transition to a green economy,” he wrote.

The letter also emphasizes Harvard’s mission: “The principal way we influence the world is through our research and teaching,” Bacow wrote.

As complicated as strategies for using a university’s endowment to address climate change may prove, I expect to see other schools following Harvard’s lead. 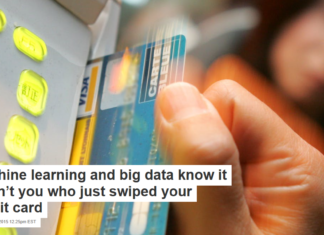 Staff Writer - November 24, 2018
Jungwoo Ryoo, Pennsylvania State University You’re sitting at home minding your own business when you get a call from your credit card’s fraud detection unit...

Why it took 15 years for Apple Pay to roll out