Flying home from Florida recently, I was seated across the aisle from an elderly man wearing a hat identifying himself as a Marine. His wife sat next to him and helped him store his cane in the overhead bin.

I noticed that at least five of the boarding passengers thanked him for his service when they walked past him in the bulkhead row. Most were women who appeared middle-aged and all appeared sincere. One passenger shook his hand while asking him when he served; his wife answered for him saying: “He doesn’t hear so good anymore … he served in Korea.” He and his wife held hands on take-off and landing.

At every home football and basketball game at the University of Michigan, the announcer mentions the name of a veteran and describes what he or she did during their military career. The announcer usually gets about 10 seconds into the description before the crowd begins to stand, applauding loudly. The veteran appears on the widescreen monitors smiling and waving to the audience. The veterans so honored range from soldiers who served in World War II to those of more recent wars in Iraq and Afghanistan.

I know these fellow Americans well. I care for them as chief of medicine at my university’s VA hospital, and have done so for over two decades. And I love them. They are a special type of person and sometimes hail from humble beginnings; rarely will they have a degree from a well-known university.

I am sad to see that they have far fewer visitors than patients at other academic medical centers. When gas prices rise, the number of visitors appears to fall further since money for long car rides is not in the budget. Other than their beloved animals, they are often alone in this world, and suffer disproportionately from mental health and substance use issues. They are also among the most grateful patients I have ever cared for and the most deserving of superb care.

An honor to serve, and a desire to serve better

I am proud to be a naturalized citizen of a country that honors those who have served – and currently serve – in the armed forces. I suspect my colleagues who work in the approximately 1,000 VA hospitals and clinics around the country work there because they, too, love these Americans. We certainly do not work at the VA due to the pay, prestige, press coverage, or the ease with which things are done within this massive bureaucracy. I often quip: “I love working at the VA; I don’t love working for the VA.”

Hospital CEOs at the VA – the top position in the medical center – make an annual salary of approximately US$230,000 whereas the CEO of hospitals outside of the VA, including nonprofit organizations, typically make twice that amount and often far more.

To use my VA hospital – one of the country’s highest in inpatient veteran satisfaction – as an example, we desperately need more people willing to work at the VA. We recently had to close 15% of our inpatient beds for approximately two months due to a nursing shortage.

Veterans who wanted to be admitted and cared for in our hospital were sent elsewhere during this time. We also have open positions for physicians that are unfilled, and not just positions that pay much more in the private sector such as cancer specialists and those who perform complicated procedures; more primary care physicians would be extremely welcome.

It is not just front-line providers that are needed – we also need superb and consistent leaders. During the nearly five years I have led the internal medicine service, I have had five different hospital CEOs and four different chiefs of the medical staff.

Currently, thousands of job openings in the VA exist across the country for physicians, nurses and physician assistants.

President Trump signed the Mission Act in June 2018 after it passed the House with a vote of 347-70 and the Senate with a vote of 92-5. It went into effect June 6, 2019. Veterans now have far greater choice than ever before so the VA must now compete with the private sector and differentiate ourselves from what the community can offer veterans. The Mission Act makes it much easier for veterans to receive care in the community with the VA picking up the expense.

One way we are differentiating is by focusing on telehealth and a new initiative referred to as “Whole Health” which is designed to address all the needs of the veteran including their physical and spiritual well-being, personal surroundings, nutrition, relationships and mental wellness.

Part of the focus at our hospital will also be on creating an environment that cultivates “sacred moments” between veterans and their provider. A sacred moment is said to occur when there is a brief period in which the patient or provider or both experience the feeling of being deeply interconnected, transcendent and boundless, which can lead to the emotional experience of awe, humility, gratitude and serenity.

Heartbreak and hurt among Vietnam vets

I had one such experience a few months ago. My patient was in his 70s and had served in Vietnam; his family had migrated from Mexico decades ago. He was hospitalized due to kidney problems stemming from high blood pressure. One afternoon during my daily visit, he mentioned that he attributed much of his high blood pressure to his war-related stress. I asked him to tell me more and assumed I would hear about the horrors that he faced while in Vietnam. To my surprise, he identified his negative feelings stemming primarily from how he was treated when he returned to America after Vietnam. As he broke down in tears, he told me that he was spat upon, yelled at, and called a “baby killer.”

I was a child when Vietnam ended, so I don’t have an independent recollection of how our Vietnam veterans were treated. However, I have heard and read enough stories about that period in U.S. history that I am sorry that we did not do better for our returning veterans. I suspect part of the reason that we thank veterans when we see them now – on the street or on an airplane – is that we are repaying that debt. An additional way to thank veterans for their service is to serve them during their time of medical need. To my fellow clinicians: We need you to work at VA. Please help. 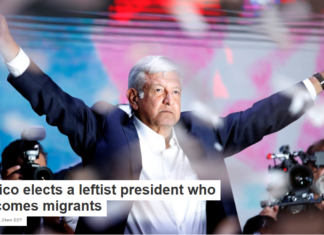