By Lauren Rosewarne, University of Melbourne

A six dollar ticket and 114 minutes of my time felt like a fair exchange.

Sure, seeing Rosamund Pike in a Best Supporting Girlfriend role after all her scene-stealing craziness in Gone Girl was a tad sad. That said, Christopher Plummer lecturing a class wearing a pastel hoodie was also a tad delightful.

My takeaway from Hector and the Search for Happiness however, centred on skin colour.

Aesthetically I think of myself as an “everywog”. I’ve been in Istanbul and told “you have eyes of the Turk” and in taxis in the US and asked if I’m Armenian. At home in Melbourne and there’s endless Jew/Greek/Maltese/Arab speculation.

Watching Hector and the Search for Happiness however, and I felt white. So white in fact, that I’m sure my skin was irridescent there in the empty cinema.

And, for the first time in my life, I felt a little defensive about it.

In the film’s better parts it reminded me of Rachel Joyce’s lovely novel The Unlikely Pilgrimage of Harold Fry where a 65-year-old Englishman man heads out to post a letter and just keeps on walking. A surprising and gorgeous book.

At its worst however, Hector shared some of the bits that bugged me most about The Secret Life of Walter Mitty.

Both Hector (Simon Pegg) and Walter (Ben Stiller) are white guys in their 40s who have epiphanies about life lacking excitement/wonder/meaning.

Both films and the solution is the same: pack a bag and leave all that you know behind.

As someone who is very familiar with the pack-and-flee, I get it. Not so much any idiotic quest to “find myself” – as a wanderlusty 44-year-old ex used to say, “Wherever you go, there you are are” – but I do get the appeal of a change of scenery. I type this article from a diner in Albuquerque. I really do understand.

What I don’t get however, is the mystical properties of running from whiteness.

Walter and Hector took themselves abroad. Abroad because a) they could afford to go and b) because apparently the journey of self-discovery, of happiness, of a life-more-interesting, is travelling not merely to lands afar, but to lands where white people are few.

The way to be fulfilled seemingly, and to become more interesting, is to buy some transitory experiences with people who look, dress and eat differently to you.

We’re familiar with this, of course. Travel advertising is abundant with such images: destinations free from white people are so much more fascinating, more diverse, more likely to be places where you truly find yourself.

I don’t really have a problem with showcasing difference, or presenting it as a lure for travel or change. It’s the other side of that coin I’m less enamoured by.

Why is white so invariably linked to vanilla? And not in that delicious tasting, great-smelling way, but as a euphemism for plain, mundane and generically uninteresting?

Where does this idea come from that white people are so very uptight compared to everyone else with every other skin hue?

Why are these foreign lands filled with foreign people, foreign food and foreign music so inspiring and yet, simultaneously, so worth leaving so quickly?

Why do these films keep making the tired correlation between whiteness, affluence and dissatisfaction?

Both films have their merits, sure. Mitty was beautifully shot with an excellent soundtrack. Hector’s music was less exciting but it also didn’t have that neverending-music-video feel. Neither alas, had the seize-life-by-the-throat/balls/whatever impact that the trailers promised. But then, I’m apparently inoculated against “inspirational” clichés.

If you’re awake on Saturday the 18th of October at about 5.15am I’ll be on ABC Overnights talking about Albuquerque. Tune in!

Lauren Rosewarne does not work for, consult to, own shares in or receive funding from any company or organisation that would benefit from this article, and has no relevant affiliations. 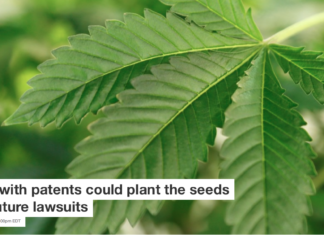 Should you listen to music when you work?