These reports tend to focus on a single measure: the average number of children that women have, nationally. However, this one number masks large and interesting variation in people’s childbearing behavior.

The National Survey of Family Growth – one of the best sources of information on this topic – released a report in July that points to some of this variation.

It shows that the number of children and the timing of childbearing differ meaningfully across women and across groups, reflecting some of the significant demographic divides in the U.S.

There’s a lot of variation in family size – but the data show that large families are unusual.

Among women who have recently completed their childbearing, the most common number of children in the national survey was two, followed by three and then one, and then none. Large families are the least common: Only 13 percent of women have four of more children during their lives.

By historical standards, the current dominance of the two-child family is notable. Before now, societies had not converged around a particular number of children to such a large extent. And yet, only about one-third of women have two children – so the majority don’t conform to this standard.

Women may start reporting fewer children on average in upcoming years, as generations who were hit hardest by the Great Recession finish out their childbearing years.

There are also interesting differences by gender. Men were more likely to report lower numbers of children compared to women. This is likely due to men not reporting some children they fathered, particularly those fathered at younger ages.

The timing of childbearing differs substantially across groups.

Women vary not only in the number of children they have, but also the circumstances surrounding births. Often, this variation takes the form of consistent patterns by characteristics like income, race-ethnicity or geographic location.

These statistics also indicate that the likelihood of having no children varies substantially by education level. By age 40, nearly all women without a high school degree had a child. The same was true for only three-quarters of women with a college degree.

The time between births varies, too.

Waiting more than four years between the first and second birth is also more common among less educated women than more educated women.

Why? One factor is likely that college-educated women start childbearing later and therefore have a smaller window of time in which to “fit in” their births.

In addition, it may be that greater relationship stability and lower unintended birth rates mean that highly educated women are more likely to feel they are in a good position to have a second birth shortly after the first. 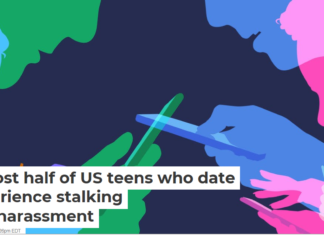 Staff Writer - August 14, 2020
Emily Rothman, Boston University CC BY-NDFalling in love for the first time can be a thrill, and teen dating is important to adolescent development. But...

Cancer survivors can have a fulfilling sex life – we need to...