Television crime dramas like “CSI: Crime Scene Investigation” and its many spin-offs have fostered the popular belief that forensic science, or the use of science to solve crimes, is infallible.

The latest forensic scandal based on misconduct erupted in New Jersey in December 2018 in the context of drunk driving cases. Alcotest instruments are used in drunk driving cases throughout the country to determine whether a driver’s blood alcohol content is above the legal limit.

But it turns out that these tests needed testing themselves.

Sgt. Marc W. Dennis, a former coordinator in the New Jersey State Police’s Drug and Alcohol Testing Unit, was responsible for conducting twice-a-year tests to confirm the accuracy of the Alcotest machinery, and to recalibrate the machines where necessary. Dennis, however, did not perform the required calibrations and he falsely certified the accuracy of the machines in papers he filed with the state. Thousands of people in New Jersey were convicted based on the readings from these instruments.

As someone who teaches and writes about wrongful convictions, I know that misconduct by forensic scientists can lead to injustices. When scientists lie in the criminal justice system, innocent people suffer.

Misconduct in New Jersey and beyond

Once Dennis was criminally charged with official misconduct and tampering with public records, the New Jersey attorney general’s office notified the Administrative Office of the Courts that more than 20,000 breath samples were in question. Eileen Cassidy, who had plead guilty to driving under the influence in municipal court, moved to withdraw her guilty plea. The New Jersey Supreme Court agreed to review the case and ordered an extensive hearing on Dennis’ failure to follow proper calibration procedures.

The New Jersey Supreme Court ultimately determined in a December 2018 opinion that the accuracy of those 20,000 breath tests results couldn’t be trusted.

That’s 20,000 cases that have to be reviewed, many of which will likely be dismissed.

But it’s not just in New Jersey. Around the nation, corruption and misconduct by forensic experts have led to the reversal of thousands of criminal convictions.

In Massachusetts, Annie Dookhan, a forensic lab scientist, was arrested in 2012 after admitting that she falsified drug tests in nearly 24,000 cases; most of the Dookhan convictions were eventually dismissed. Months later, in a different Massachusetts crime lab, Sonya Farak, a forensic scientist who both tested drugs and illegally used them, falsified lab results in thousands of cases; 11,000 convictions were dismissed after her misconduct was uncovered. Dookhan pleaded guilty to a range of crimes relating to the falsification of tests. She was sentenced to three to five years in prison. Farak also pleaded guilty and was sentenced to 18 months in prison.

In Oregon, Nika Larsen altered drug evidence and stole controlled substances from her lab, requiring review of more than 2,500 cases.

In 2018, Ana Romero from El Paso, Texas, was accused of falsifying test results for alcohol samples, causing the wrongful conviction of 22 people.

John Salvador, a scientist who worked in a different lab in Texas, was accused of falsifying drug test results, impacting thousands of cases.

When the people in charge of forensic testing engage in misconduct, the integrity of the entire system is challenged. Our criminal justice system relies on forensic scientists to tell the truth, because laypeople rely on their testimony and lack the expertise to detect their lies. When the system goes awry, guilty people go free, innocent people are wrongly convicted, confidence in the criminal justice system is shaken, and taxpayers carry the significant financial burden of cleaning up the mess left behind.

There are plenty of reasons for forensic misconduct: Career advancement, laziness and greed are only part of the story. But there is also the reality that many crime labs lack proper oversight, and that it is rare for misconduct to be uncovered. In the scandals above, the science itself was not the issue – although the reliability of various forensic science techniques, from fingerprint matching to bite mark analysis have been challenged – but rather it was that so-called experts did not properly do their jobs.

And no one initially noticed.

The certification of scientists within crime labs varies widely, as do the levels of active supervision. In Massachusetts, for instance, Dookhan’s prodigious productivity went unchecked, even though the sheer volume of tests she claimed to have performed should have raised red flags, had anyone been looking. In New Jersey, Dennis’ failure to calibrate the Alocotest machines went undetected for years.

The absence of oversight in forensic science should be cause for alarm. In 2009, the U.S. National Research Council issued a scathing report calling into question forensic practices around the country. It noted the lack of accreditation for crimes labs and the need for certification of forensic scientists. It also called for crime labs to be removed from the purview of law enforcement agencies into independent entities to enable more objective testing outcomes. In a 2016 report, the U.S. President’s Council of Advisors on Science and Technology echoed these concerns and called for an independent oversight commission for forensic laboratories around the country.

Yet, in 2017, just as forensic reform was picking up momentum, then-U.S. Attorney General Jeff Sessions shut down the National Commission on Forensic Science. A national independent oversight board has yet to be created.

Misconduct may not ever be entirely preventable. But when life and liberty are on the line, as they are in every criminal case, I’d argue that states should be ever-diligent in adopting measures to identify and prevent forensic misconduct, and in ensuring reliability of forensic testing, analysis and results. 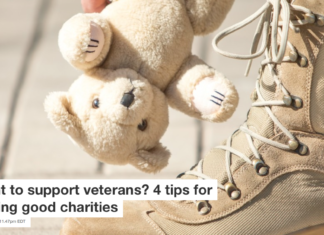 Staff Writer - May 22, 2017
Brian Mittendorf, The Ohio State University On Memorial Day and throughout the year, many Americans honor those who have lost their lives in...