A few weeks ago, a colleague of mine stood talking before an attentive group in a hotel conference room when the doors burst open and six stern-faced government agents strode in and demanded he halt the proceeding.
Tensions quickly escalated. My colleague from Boston University, Joe Bergantino, and the workshop’s co-presenter, Randy Covington from the University of South Carolina, were led from the hotel to a van and driven to a drab building where they underwent further questioning in a windowless room. The agents demanded they write confessions and sign them, which they refused to do. They were taken before a judge and held guilty and ordered away. Their crime?

Let me pause here to fill in some details. The subject of the workshop would seem innocuous enough: journalism education. Or, perhaps more to the point, it was how to employ the techniques of investigative reporting. Bergantino and Covington, in addition to being university faculty members, are veteran journalists who are often invited to conduct training workshops for journalists around the globe. Bergantino heads the New England Center for Investigative Reporting, which resides at Boston University. Covington directs his university’s Newsplex program, which trains students and professionals.

On that day the two were in St. Petersburg, Russia – perhaps coincidentally Vladimir Putin’s hometown – attempting to give the workshop for about two dozen Russian journalists when the agents barged in and shut it down. Bergantino and Covington were ordered to leave the country after being “convicted” of entering Russia under false pretenses, specifically, according to the warrant, that their tourist visas didn’t allow them to conduct a reporting workshop. But as Covington said on his return, “This wasn’t about our workshop. This was about sending a message to the United States and also sending a message to journalists in Russia.”

I don’t tell this story in an attempt to generate sympathy for Bergantino and Covington, who certainly don’t seek it. Far more horrible fates have befallen other journalists around the world who have run afoul of repressive authorities who have ill regard for independent news media. Nor do I write this to stir further anger against the Russian government’s heavy-handedness toward western journalists, although this case certainly warranted outrage.

Foraging for facts is a dangerous business

Rather I think this story merits repeating because, in a modest way, it’s a reminder of something that has been too-long overlooked in the United States and in most of the free world. It’s this: journalism education is dangerous. It poses an existential threat to dictators, autocrats, criminal cartels – indeed, any enterprise that can use its power to abuse others. Those of us in universities who are now engaged in educating journalists are effectively arming them with the tools and the habits of mind to challenge those in authority.

In most cases this means that our graduates are prepared to be pebbles in the shoes of those who wield power. We teach them how to comfort the afflicted and afflict the comfortable, in the iconic words of the late humorist and writer Finley Peter Dunne.

But in a few cases – and not so few in other parts of the world – people who do what journalism educators do are regarded as serious disruptors, maybe even revolutionaries arming their charges with ideas instead of weapons.

Although I can’t know the mind of the Russian authorities who shut down the investigative-reporting workshop and booted Bergantino and Covington out of the country, it isn’t a stretch to conclude that it was the Putin regime’s way of warning this cadre of Russian journalists that they were entering dangerous waters. It’s also not a stretch to think that Bergantino and Covington aren’t likely to get visas to return to Russia soon even if they wanted them.

Weighed on the scale of threats, this might hit the mark as little more than bullying. We have been witness to many, more terrible acts against journalists in recent weeks. Images of the final minutes of James Foley and Steven Sotloff are nightmarishly fresh. Washington Post reporter Jason Rezaian has been held in an Iranian prison for well over three months without charges. The Committee to Protect Journalists, which attempts to keep track of such cases, reports 41 journalists killed so far this year; another 211 were imprisoned last year, and 456 have been exiled from their countries in the past six years.

Nevertheless, while there is certainly a long distance between shutting down an investigative reporting workshop and murdering reporters in horrible ways, the underlying motivation remains the same, and it is this: wherever the powerful perceive threats from the free flow of information, there will be efforts to crush journalism.

Is this the death of journalism or the start of a new golden age?

Which brings me back to my starting point. Much of journalism begins in university classrooms where young minds learn the techniques necessary to hold power to account and – more important – where they catch the fever that causes them to pursue a profession that, done well, may put them at great risk. There is a widespread perception that journalism is a dying profession, which has spawned a kind of gallows humor among its practitioners. New York Times columnist (and Boston University professor) David Carr was asked during a panel discussion recently what advice he would give to a prospective student who indicated an interest in studying journalism. With tongue in cheek, he said he would advise the student to pursue something more relevant, “like blacksmithing.”

We can’t deny that the business model supporting quality journalism for so many decades is in its death throes. Jobs in so-called legacy newsrooms are disappearing, now measuring at about the same number as in the 1970s. Enrollments in university journalism programs are flat at best, and most are dropping, because of concerns – typically from the tuition-paying parents – that jobs won’t be there to help pay off the accumulated college debt.

But to conclude from this that journalism itself is dying and that journalism education is an escalator to nowhere is to embrace a false syllogism. Counter-intuitively, The New York Times has never in its history reached more readers every day than it does today, despite the fact that the circulation of its print edition – the artifact edition – continues to fall. A better example is The Guardian newspaper, born as the Manchester Guardian almost 200 years ago, which claims a daily print circulation of just 189,000. But every day it reaches 9 million readers across the globe through all other means of delivery, making it the third largest news producer on the web.

And consider the digital journalism produced by brands that didn’t exist a decade ago, such as ProPublica, Politico, The HuffPost, The Daily Beast, Buzzfeed, Muckrock, the Global Post, The Intercept, Medium, Vice, ESPN.com, TMZ.com, and dozens more. In fact, newsrooms barely the size of country weeklies – thanks to the power of social media – now can impact public discourse in ways that would have been unimaginable even in the days of the Clinton White House.

And journalism is emerging in places where traditional journalism isn’t able to tread. Examples can be found in Mexico where commercial news organizations have been terrorized into silence by murderous drug cartels. Yet journalism has found its voice on social networks through pseudonymous Twitter accounts and web sites (although this hasn’t protected the journalists from reprisals; the Committee to Protect Journalists reports that six social-media reporters have been murdered this year, including Maria Elizabeth Macias Castro, who was beheaded after drug traffickers discovered she tweeted about their activities under the name @lauredogirl.

The point here is that the hunger for journalism – for information that is fact-based, accurate, uncompromised and fairly presented – is stronger than ever and, business models aside, journalists are finding ways to function. As writer Mark Kramer puts it metaphorically, what’s important is the quality of the soup, not the bowl it’s delivered in.

I am confident that the hunger for that soup will result in plenty of jobs for journalism school graduates. Those of us in journalism education are already adapting to this change. We no longer require students to know how to design a newspaper’s front page, or how to write a two-column, 36-point headline over a story while the editor in “the slot” screams that deadline is minutes away. Rather they do need to know the myriad and ever-changing ways by which they can connect that story with different audiences who consume it on different “platforms” – in print, in video and audio, at their desks or on their phones.

Thomas Fiedler is affiliated with the New England Center for Investigative Reporting as a member of the executive board. 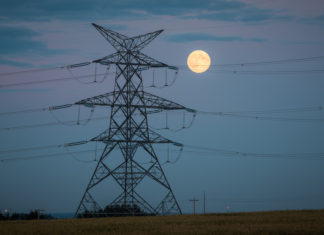 Staff Writer - June 9, 2015
Michael McElfresh, Santa Clara University It’s very hard to overstate how important the US power grid is to American society and its economy. Every critical...