One could say the consequences of the planet’s warming climate can be seen on fashion week runways and the shelves of Anthropologie and H&M. Silhouettes shrink as midriffs and backs open. Sheer fabrics, breathable textiles and flowy draping are in. And in response to climate change’s rapid pace, some corners of the fashion industry are moving toward implementing sustainable business practices and incorporating more flexibility within their designs.

Today people may see global warming as a modern phenomenon, but fashion has a long history of responding to worldwide climate change.

The only difference is that while we sweat, early modern Europeans froze. The Little Ice Age was an interval of erratic cooling that ravaged the Northern Hemisphere roughly between the 14th and 19th centuries. And like today’s designers, Renaissance fashion designers were forced to contend with shifting temperatures and strange weather.

A menacing chill settles on Europe

Scientists have yet to determine the primary cause of the Little Ice Age, and historians are still pinning down its exact chronological parameters. But voices from the era describe a rapidly cooling climate.

“At this time there was such a great cold that we almost froze to death in our quarters,” a soldier wrote in his diary while traveling through Germany in 1640. “And,” he continued, “on the road, three people did freeze to death: a cavalry-man, a woman, and a boy.”

The entry was from August.

Scholars do agree that the Little Ice Age impacted our shared global history in myriad traceable ways. Its unpredictable temperature fluctuations and sudden freezes devastated harvests, escalated civil unrest and left thousands to starve. It may have inspired the menacingly chilly settings of Shakespeare’s “King Lear” and Charles Dickens’s “A Christmas Carol.” Darkness and clouds haunt the skies of paintings created during the period.

And the Little Ice Age also altered the history of fashion. As the cold ramped up in the 16th century, fashion championed warmer styles: Heavy drapery, multiple layers and sleeves that trailed on the floor became more common across the visual and material record, while examples of the oldest surviving European gloves, hats, capes and coats from the era populate museum costume collections today.

“No one in Egypt used to know about wearing furs,” a Turkish man traveling through northern Africa wrote in 1670. “There was no winter. But now we have severe winters and we have started wearing furs because of the cold.”

This change can be observed by comparing medieval and Renaissance dress.

In one French medieval manuscript (illustrated between 1115 and 1125), the knight’s skirt is slit to the hip, and his squire’s hemline stops above the knee. There are no capes, fur or headgear; the garments are light and loose – especially compared to what men wore 400 years later, when the Little Ice Age was in full swing.

Take Hans Holbien’s iconic 1553 painting “The French Ambassadors,” which depicts two courtiers to King Henry VIII. The man on the left, wearing thick, dark velvets and a heavily fur-lined overcoat, is the French ambassador to England, Jean de Dinteville. Georges de Selve, the bishop of Lavaur, stands on the right.

The cleric has donned a floor-length coat befitting his godly station. But it would have also been very effective against cold. Both men sport fashionable caps and undergarments. The laced collar of De Selve’s undershirt peaks above his robes, and those white slashes in de Dinteville shiny pink shirt show off his hidden layers.

As with all portraits from the era, these men dressed to impress for the sitting – meaning their fanciest clothes were possibly their warmest.

Women’s clothing also had to sustain temperature fluctuations that tended to range colder during the Little Ice Age. In a 16th-century portrait of Katherine Parr, the sixth wife of Henry VIII, Parr wears a headdress and a multi-layered gown with billowing sleeves.

Several petticoats would have been required to sustain the bell shape of her skirts. If you look closely, you’ll see a thin, translucent layer of fabric that shields her exposed skin where the neckline ends. Meanwhile, a large fur mantle – at the time, an essential accessory – is draped over her arms.

New York City’s Metropolitan Museum of Art has a surviving collection of clothes from the late 16th century, some of which could point to the cold’s influence on Renaissance clothing.

For example, one Spanish dress is outfitted with a cape atop the thick fabrics that make up the bodice, skirt and stacked sleeves. Beneath this densely layered gown, the wearer would have also needed to don several tiers of skirts and undergarments.

A British lady’s jacket from around 1616 also may hint at cold weather. Tailored from linen, silk and metal, this tight bodice probably kept its wearer very warm. (Early modern clothing often featured cloth-of-gold thread, which was made from actual thin strips of gold metal and painstakingly wrapped around sewing thread.)

Portraits and preserved garments from the Little Ice Age tend to have one thing in common: They are all the pictures or products of elites who enjoyed the means to have a likeness made of themselves. Their wealth is evident in the very existence of these images and the expensive clothes they wear.

Knit wool caps are perfectly suitable for fending off freezing temperatures, but the wealthy women of the era instead opted for elaborate, pearl-lined headdresses that trailed yards of gauzy veils.

Their opulence ignores the various crises of the era. While countless peasants were displaced from their homes and died from starvation or rampant disease, the rich simply transitioned to sable-lined sleeves and mantels threaded with gold.

It’s dangerous to oversimplify historical narrative. But the parallels to our current situation are hard to ignore. Climate change is a looming threat, with deep social and political ramifications.

Yet for many, it remains a distant phenomenon, something that – beyond buying lighter, looser clothing – is easy to dismiss. 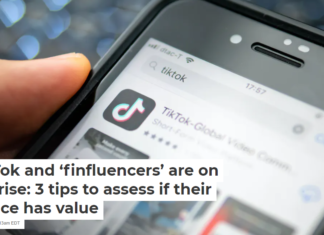 FinTok and ‘finfluencers’ are on the rise: 3 tips to assess...