Hugh Hefner’s death has reopened bitter debates about his place in history.

Many obituaries in the mainstream media have described him as a sexual liberator. Feminists and conservatives, however, have employed far harsher terms, noting that he drugged, demeaned and essentially imprisoned women in his Playboy Mansion in order to live out the fantasy he marketed.

Hefner’s conduct looks particularly grim when compared to that of the woman sometimes described as the German Hugh Hefner: Beate Uhse, who also rose to prominence after WWII and became a household name in Germany and Europe. (She died in 2001.) As the author of a book on Germany’s most famous erotica entrepreneur, I am struck by how radically the early stages of her career deviated from Hefner’s.

Each made sexuality into big business. But whereas Hefner “liberated” men to live out their sexual fantasies free of financial or emotional responsibilities to women, Uhse urged mutual pleasure built on communication and sexual education – as well as sex toys, skimpy lingerie and titillating photos.

A different vision of sex – with a focus on women

Beate Uhse was born in 1919 – seven years before Hefner – to one of Germany’s first female physicians. She had an enlightened upbringing: Her parents educated their children about sex and set no limitations on their daughters’ ambitions. Beate became a pilot – an unusual profession for women even today – and during World War II she flew for the Luftwaffe. By war’s end she was a widow, a mother and a refugee from Soviet-occupied East Germany.

To survive in West Germany’s postwar “hunger years,” she turned to the black market. A self-penned guide to the rhythm method – avoiding sex during a woman’s most fertile days – found eager buyers.

Playboy encouraged unrestrained male pleasure, the type that didn’t require financial or emotional obligations. Beate Uhse, on the other hand, encouraged good sex as a necessary part of committed and loving relationships, with special attention to women’s desires.

In promoting her business and cultivating her image, Beate Uhse drew on the tradition of “marital hygiene,” which had emphasized companionate marriage and sexual health in Europe and North America starting in the 1920s.

The need was even more intense after World War II. Due to wartime separation, millions of Germans had lost (or never established) good patterns of communication with their partners. A great many had experienced militarized sexual violence, either as perpetrators, victims or eyewitnesses. Unplanned pregnancy could be disastrous in the landscape of hunger and homelessness that followed the war.

If a woman appeared “frigid,” it was probably because her husband didn’t know how to make love to her. He might not even know that she, too, was capable of climax. (He should read a sex manual, and perhaps try a device to increase the stimulation his wife experiences during intercourse.) And if a man climaxed too quickly, he would frustrate his wife, whom nature had equipped to take more time to reach orgasm. (An ointment to prevent premature ejaculation would help.)

Did Beate Uhse ignore men’s sexual desires, which may not always have been directed at monogamous relationships? Of course not. Men made up the majority of her customers, and Uhse knew perfectly well that they didn’t use her products only with their wives.

Yet however pleasurable illicit uses of risqué photos and condoms may have been, such activities did not create the happy marriages that most men also wanted. Some men, Uhse knew, rejected illicit sex and “obscenity” outright, but cared about their wives’ happiness. Worst of all, Uhse understood, men’s own guilt compounded the problem. Many liked arousing images, accepted nonmarital sex, and sought pleasure for themselves and not just for their partners. But they felt guilty because it was so hard to interpret such pleasures as legitimate. Emphasizing marital hygiene and good sex for women worked for men too: It offered an alternative not only to the condemnatory language of decency advocates but also to the “dirty talk” of the military and the pub.

With time, Beate Uhse’s business changed. In the early 1960s, her firm pioneered brick-and-mortar erotica shops. But the birth control pill put a dent in condom sales, while improved sexual education in the schools and the popular media decreased the need for basic self-help books. At the same time, West Germany’s prosperity and loosening regulations expanded the marketplace in pornography, which was legalized in 1973.

Of course, Beate Uhse had plenty of critics.

In the early years, moral decency advocates had waged war on Beate Uhse and other erotica firms, successfully lobbying for stricter legislation to curb erotica firms’ activity. They were particularly irked by the fact that Beate Uhse, as a woman, stood openly behind her business: other erotica entrepreneurs at least had enough shame to maintain a low profile. Only good lawyers and sympathetic courts – Uhse lived in a liberal jurisdiction – enabled her business to survive long enough to see the moral purity movement’s power wane.

Beate Uhse’s turn to pornography, however, attracted a new class of critics: feminists.

In 1988, West Germany’s premier feminist monthly, Emma, published a cover story on Uhse. Its thesis was well-encapsulated in its opening paragraph: “At 25 she flew Stukas to the front. For Hitler’s Luftwaffe. At 69 she sells women. For 90 million a year.” The journal acknowledged Uhse’s pioneering role, but with a sinister twist: “Beate Uhse is an emancipated woman. One who emancipated herself on women’s backs.”

Nonetheless, we can see the impact of Beate Uhse’s products and the firm’s language of sexual mutuality and equality.

West German women’s resistance to the birth control pill (relative to their American counterparts) didn’t just reflect their concern about its medical side effects. It also reflected an awareness that there was an easily available alternative in the form of condoms – and the belief that one might reasonably expect men to use them. When, in 1964, male student radicals put images of nude women on the covers of their magazines in order to increase circulation, their female counterparts were quick to object. Rather than having to create a feminist critique from scratch, they had expectations regarding mutual respect that were now being violated.

Both Hugh Hefner and Beate Uhse were enormously influential. But it was always a stretch to imagine Hugh Hefner as a liberator of women’s sexuality. 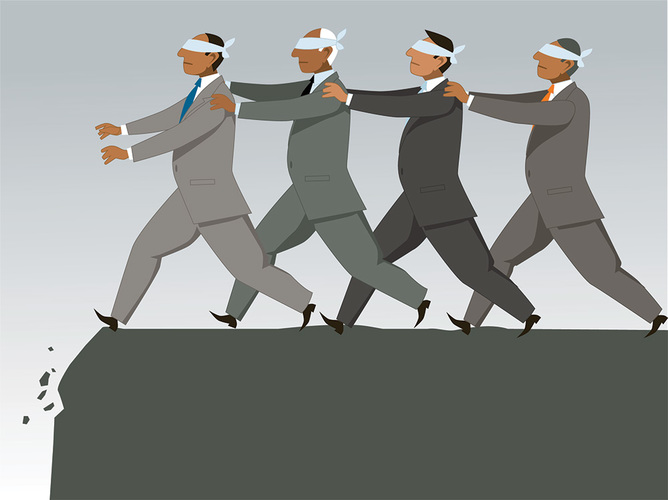 Beware the perils of groupthink, yet meetings can still be useful

Staff Writer - March 21, 2015
Reid Hastie, University of Chicago Everyone has had bad experiences in meetings at work. Perhaps you’ve been subjected to weekly or even daily “feed-forward” briefings in...

It’s all about the Hamiltons, baby

Drop in students who come to the US to study could...