Images are not static. They grab our attention, incite desire, alter our relations to others, and tweak our beliefs, as they usher us into new worlds.

When “Black Panther” was released, Baye McNeil, a former Brooklynite now living in Japan, was thrilled. As he told The Japan Times, he joined “a group of palpably positive brothers and sisters” at a Tokyo theater. Collectively they were transported to the land of Wakanda. As an exile in Japan and a black man in a country with very few people of African descent, he and his friends entered, as he described, “a bountiful realm of invigorating messages and restorative images” that provided him with a sense of connection and belonging.

Baye McNeil was not alone. Back in the U.S., the writer Carvell Wallace explained how the movie’s fictional nation of Wakanda operated in very real ways to provide a world that African-Americans could aspire to, both as a place rooted in the past, as well as the future.

Whether it’s a blockbuster movie or 2-year-old Parker Curry looking up at Amy Sherald’s portrait of Michelle Obama, the images we all see matter.

Seeing is not just believing. Seeing changes what we believe, about ourselves and about other people, including constructions of race.

In his essay, “To See and Not See,” the late writer and neurologist Oliver Sacks describes how seeing is not as easy as lifting our eyelids. Instead, as he said,

“When we open our eyes each morning, it is upon a world we have spent a lifetime learning to see. We are not given the world: we make our world through incessant experience, categorization, memory, reconnection.”

In other words, to have vision is one thing; to see is another.

We begin to imagine other people and how they appear, before we shake their hands, and well before any relationship might occur. We create mental models of others based on our past experiences, and these models influence any new encounters, whether we are conscious of them or not.

Cognitive psychologist Jeffrey Zacks, in his book “Flicker: Your Brain on Movies,” offers this fascinating idea that can be either disturbing or offer positive feelings:

“Whether we experience events in real life, watch them in a movie, or hear about them in a story, we build perceptual and memory representations in the same format.”

Indeed, studies in cognitive sciences show that our neural system does not easily differentiate between images we see on screen and images we see in “real life.” Baye McNeil and Carvell Wallace were under no illusion that Wakanda was not a real place, but the power of images is such that people can feel things in the world of cinema. Those feelings can transfer back into life outside the theater.

Change our images, change our seeing

It is precisely because our ability to see is largely learned and heavily influenced by media images, that we can also relearn how to see. A number of studies in cognitive sciences in recent years have shown how people can, for example, reduce racial biases through practices of seeing.

Psychologists have long documented the “own-race bias,” also known as “other-race effect,” the inability of humans to recognize and distinguish faces of people from races other than their own.

Indeed, studies have shown that already by nine months, infants demonstrate such perceptual narrowing. This occurs because babies in their first year are exposed primarily to close family members who tend to be of the same ethnic and racial background. For evolutionary reasons, this narrowing allows for quicker processing of relevant sensations by eliminating other competing neural processes. Our ancestors needed to distinguish their own kin more than they needed to recognize people from other places.

Today, a number of researchers are exploring the reversibility of the own-race bias, pointing out again the plasticity of our neural system.

One research group used bodily illusions, such as setting white people in front of a computer screen that generates an image of that person, but makes light-skinned people appear darker-skinned. When tested later for racial biases, the biases diminished.

Another group used picture books to forestall the emergence of own race biases by showing images of Chinese people’s faces to Caucasian infants. After seeing more images of people from another race, the infants could continue to distinguish the other race faces better than a control group.

Still another study used clips from the movie “The Joy Luck Club,” asking a group of white Americans to put themselves in the place of the main Chinese-American character, June. Subsequent tests found a reduction in implicit prejudice toward “outgroups” in general.

Because images matter, the types of images we see matter even more. Flat, two-dimensional images change our perception in the world beyond the movie theater, outside the picture books.

Of course, we can’t hook up a general population to computers and virtual reality environments that change our racial appearance or set up control environments for our children to have such experiences. But we can choose the images we see on a regular basis.

Readers might recall Jessica Curry, the mother of the red-coated Parker Curry whose image is now firmly in the public eye as she stares at a portrait of Michelle Obama. As she wrote for The New York Times, “Representation matters. … Only by being exposed to brilliant, intelligent, kind black women can my girls and other girls of color really understand that their goals and dreams are within reach.”

The creation of a less racist social system does not have a simple guidebook, and it would be naive to suggest that if we all started looking at better images, the world would be a better place. But then again, in its own small way, it might. 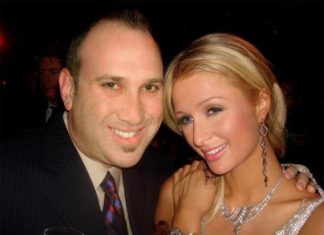 Robert Michael Jones - September 6, 2016
“I became a sex tape broker by promotion of a sex tape starring a girl named…Paris Hilton. Perhaps you have heard of her?”