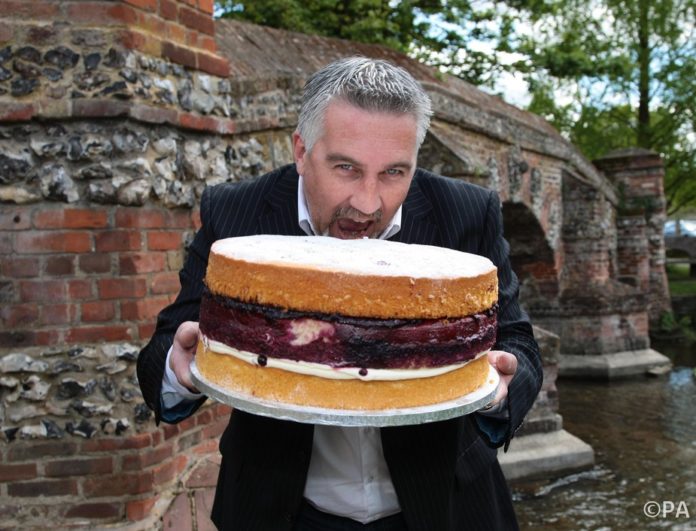 By Rebecca Bramall, University of Brighton

The Great British Bake Off has been attracting its highest-ever ratings after a return to our screens. While many different explanations have been offered for the show’s success, the current popularity of baking – along with other domestic crafts such as growing vegetables, sewing, knitting and mending – seems to be one important factor.

It is often said that viewers of Bake Off are simply content to watch cake being baked, rather than doing it themselves, but the show’s reported impact on the sale of baking equipment and ingredients tells another story.

The context for this revival of interest in baking and sewing is, of course, austerity. In the wake of the financial crisis, we have tightened our belts, donned our aprons, and taken on board the historical lessons of “austerity Britain” – that period during and after World War II when rationing was imposed and British citizens learned how to “dig for victory”, “make do and mend” and “win the war on the kitchen front”.

More than five years after prime minister David Cameron warned that a Conservative government would bring about a new “age of austerity”, popular media culture continues to be saturated with reference to this period. We can’t get enough of the stories of thriftiness, resourcefulness, and resilience.

Many commentators have been highly disparaging of this backward-looking popular austerity culture, arguing that it provides ideological backup for the coalition government’s austerity measures. Some have argued that “austerity nostalgia” is nothing but an opportunity to moralise about the virtues of “making do” – a morality that reinforces class distinction and difference, because of its particular appeal to the middle classes.

These critics make an important point. Viewed in the context of the revival of austerity Britain, the popularity of shows like Bake Off do seem to provide evidence of a general acquiescence to the strictures of economic austerity, and of our consent to a scaling-back of our expectations and prospects.

In romanticising wartime resilience in the face of crisis, austerity culture is arguably guilty of exploiting the “very real hardships” currently experienced by many in the UK.

Yet this analysis of Bake Off and austerity nostalgia obscures an alternative and highly significant interpretation. Long before the financial crisis, environmental campaigners put a great deal of work into reinventing the concepts of “austerity” and “thrift” for green purposes. And the historical period of austerity Britain became an absolutely critical resource for this campaigning activity.

As far back as 2001, the writer Andrew Simms – then policy director at the think-tank the New Economics Foundation – was arguing that Britain’s experience in wartime is highly relevant to the challenge of climate change. This intervention inspired many others, from the Green Party’s New Home Front project to the turn to “dig for victory” in the allotment movement.

Gardening, sewing, knitting and mending are central to this eco-austerity movement because they are seen as part of the “great re-skilling” necessary for transition to a post-growth economy. The revival of popular slogans from that era has given new meaning and value to these activities. You aren’t just baking a cake or knitting a jumper; you’re doing your bit.

The resurgence of interest in these practices – evidenced by the widely-reported phenomenon of waiting lists for allotments – is part of a growing attentiveness to material scarcity and environmental responsibility. On Simms’s account, shows such as Bake Off, The Great British Sewing Bee, and The Big Allotment Challenge are indicative of Britain’s appetite for re-learning these skills and for a vision of a more sustainable future.

But hang on: how does cake-baking sit within environmental politics? Given that the show appears to boost sales of non-essential commodities such as piping bags and mixing bowls, what kind of green credentials can be claimed for Bake Off and its audience?

Here, critics who argue that austerity culture is no longer about any environmentalism seem to gain ground. Indeed, some have claimed that the nebulous eco-austerity credentials of domestic crafts have actually served to reinforce the morality of “war-style cuts in people’s choices and living standards” and to shame those who aren’t seen to be living adequately “austere” lives.

I don’t think we have to choose one or other interpretation of Bake Off and austerity culture. Because so many different actors have made use of the iconography of austerity Britain, it’s very hard to discern the political implications of a particular show.

Bake Off offers both an exemplary lesson in ideological compliance and an endorsement of “re-skilling” for a transition towards a sustainable economy. It’s an extremely contradictory vision of the future. On the one hand, austerity for transition envisions a de-growth or post-growth economy, while on the other, austerity as implemented by the government is notionally aimed at cutting the deficit and boosting growth.

And even as the UK does return to economic growth, the echo of eco-austerity should still remind us that the challenges of global warming and climate change have not gone away. Austerity culture may yet provide us with important critical resources to imagine and to develop just and sustainable economic and environmental futures. 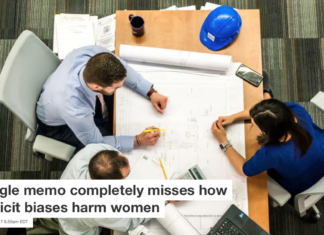 Staff Writer - August 21, 2017
E. Anne York, Meredith College Workplace biases are back in the national conversation, thanks to the recent memo by a Google employee. The memo’s author...

Beware of natural supplements for sex gain and weight loss