By Hassan Ugail, University of Bradford

As society becomes more and more dependent on machines to make important decisions, the use of technology for lie detection is becoming increasingly popular. But as much as we would like to rely on technology to give us definitive answers, humans may well always be able to beat the lie detector.

Authorities have traditionally been cautious about using lie detectors but they appear to be warming to the idea. Lie detectors are most readily associated with the police but other authorities have started to get in on the act. Around 20 councils in England are already using or plan to use lie detector tests to try to identify fraudulent benefits claimants, and UK prisons recently announced that around 1,000 of the UK’s most high-risk sex offenders are to undergo mandatory lie detector tests.

This is all somewhat surprising given that some of the technologies that form the very foundation of these devices simply aren’t reliable.

There are currently several options to choose from when it comes to lie detection technology. The best known method is the traditional polygraph test, which involves monitoring your pulse, breathing, blood pressure and skin conductivity to measure your physiological responses to questions. Other non-invasive technologies include analysing facial expressions with computer vision techniques and measuring facial temperature profiles with thermal imaging systems.

There have been technological advances in recent years but none are foolproof. Most modern systems based on automated facial analysis rely on computer vision technologies to identify and track a face in real time and machine intelligence techniques to make decisions.

The system will first look at the expressions a person uses under normal, unstressed conditions and uses those as a baseline when they take the lie detector test. Cues such as asymmetries in facial expressions, shifting gaze and a changed rate of blinking are often associated with strong emotion so if the machine detects unusual variations from the baseline then it is often assumed that the subject is lying.

Reliability can be increased by incorporating various other features, such as voice and facial temperature profile. However, at best, these systems can still only identify when subjects are lying or telling the truth roughly 80% of the time. Our own experiments under lab conditions confirm this.

Lie detection is incredibly difficult even for humans. In general, we can detect a lie only about 54% of the time. But that in itself tells us something interesting, if a little dispiriting. We may not be very good detectors of lies, but as a species we are incredibly good at lying.

Our ability to deceive may even be what has enabled us to dominate the planet. Humans and animals lie for their own gain – be it to avoid danger or gain some sort of advantage over competitors – and can be associated with survival.

The more intelligent an animal is, the more likely it is to lie, which puts us humans right at the top of the ladder. Research has also shown that the best liars are also the best at detecting lies. So are humans becoming better and better at deceit? As a species we’re certainly becoming more intelligent. A phenomenon known as the Flynn effect bears this out. IQ test comparisons indicate that between the 1900s and today, Americans have gained three IQ points per decade. That’s something that anyone hoping to make a working lie detector should consider.

Given our increasing intelligence and the fairly basic methods used in lie detection, it seems unlikely that we’ll produce lie detectors that can pass muster in the near future. We have yet to fully understand the underlying psychological processes of lying so asking a machine to code it is ambitious, to say the least.

Many will argue that until lie detectors can be made 100% foolproof, they should not be accepted in courts or used in decision making processes. However, the important point to note here is that modern lie detectors, especially those that are non-invasive, can serve as very useful tools which will assist and work alongside with experienced human interrogators. Whatever their future, lie detectors have already made their mark and are here to stay. 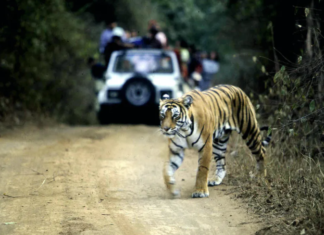 Staff Writer - April 23, 2021
Neil Carter, University of Michigan More than 100,000 tigers ranged across Asia a century ago, from the Indian subcontinent...