It has been a turbulent year for oil. Prices were strong in summer 2014, before plummeting in the second half of that year. After a modest stabilisation in early 2015, they dropped even further and are now more than two thirds lower than in summer 2014 – as the graph below shows. It’s bad news for oil producers but is forcing some, at least, to reform their economies as a result.

Russia is losing an estimated US$2 billion in revenues for every dollar fall in the oil price. Its economy is heavily dependent on energy revenues, which account for 50% of its federal budget revenues. Even a dramatic interest rate hike to 17% has not helped the steep devaluation of the ruble, the stock-market drop or the amount of money leaving the country.

The situation is even worse for the world’s largest exporter of oil, Saudi Arabia, which is expected to end the year with a deficit of $150 billion – about 20% of its GDP and the largest in its history. It has already started cutting project budgets and military acquisitions as a result. It is even introducing VAT for the first time.

The severity of falling oil prices on Saudi Arabia’s economy can also be seen in its decision to open its stock market to foreigners in June 2015. It has also relaxed rules to allow qualified investors direct access to stocks to reduce the economy’s dependence on crude.

In Venezuela, the economy was already in a shambles when oil was at $120 a barrel. And in Malaysia the government is realigning its budget by removing gasoline and diesel subsidies. Similar steps were taken by governments across the world to remove oil subsidies – Indonesia abandoned a four-decade-old policy of subsidising gasoline while India also stopped subsidising diesel and raised fuel taxes.

Of course, falling oil prices are not bad for all. They increase households’ scope for consumption and at the same time decrease companies’ production and transportation costs, which normally leads to higher profits and increased investments. Rapidly developing economies such as China and India, which are net importers of oil, are experiencing the most obvious immediate benefits. They are able to use savings on oil imports to reduce their trade deficit, improve government budgets, reduce inflation and redistribute money to infrastructure projects.

Out of pocket: drivers in India will no longer benefit from government diesel subsidies.
Steve/flickr, CC BY-NC-ND

This is not the end of the rout. OPEC’s commitment to glutting the market, along with the prospect of US and Iranian supplies joining it, has sparked predictions that prices could drop to $20 a barrel. OPEC recently raised its production ceiling to 31.5m from 30m barrels a day. Iran, meanwhile, is gearing up to pump an extra 500,000 barrels per day onto the market as soon as sanctions are eased, which could be within months. And the US Congress has just lifted the country’s 40-year export ban.

Nations that are dependent on oil revenues will therefore require immediate economic and financial reforms in 2016 to balance their budgets. One method being adopted by many Islamic states is the issuing of sharia law-approved bonds, known as sukuk. These bonds can be used to finance big projects such as the building of important infrastructure, including airports, and developing other natural resources.

Malaysia has been leading the way on this, banking on its burgeoning Islamic finance industry to reduce its oil earnings shortfall. It is planning to sell $1 billion to $1.5 billion of sovereign credit in 2016 on top of global Islamic bonds this year.

The Saudi Arabian government is similarly depending on both conventional sovereign bonds and sukuk to finance its budget deficit. In 2015, the kingdom issued sovereign bonds worth around 100 billion riyals ($26.5 billion) to ease the shortfall. It’s all part of a $130 billion spending plan to diversify its economy away from oil. But to increase its share of the Islamic finance market, it will need to follow Malaysia’s lead in making the regulations clear for trading sukuk.

Many more oil exporters are turning to sukuk bonds to cover their deficits, including Bahrain, Oman, Qatar and Nigeria, Africa’s largest oil producer. The sukuk bond market is forecast to grow by 15% in 2016 as a result.

The emergence of sukuk has been a significant development in Islamic capital markets for many oil rich nations in the Middle East and South East Asia. Funds raised through sukuk can be allocated in an efficient and transparent way. Sukuk issuance has proven its resilience during recent periods of turbulence in global capital markets and it is showing its potential to act as a cushion for falling oil prices for oil rich countries. 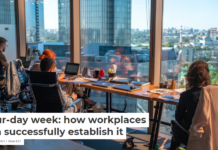 Staff Writer - October 21, 2014
By Gary Keogh, University of Manchester In its ideal form, education should be socially progressive. We teach the next generation of scientists, engineers and medical...

An ambitious plan to stop the rise of superbugs