Cardinal George Pell, a top adviser to Pope Francis, returned to his native Australia July 10 to face criminal charges related to sexual assault. While the specific allegations and names of the accusers have not been made public, Cardinal Pell maintains that he has been a victim of “character assassination.” His case will be decided by an Australian court.

From my perspective as a Catholic scholar of religion, one of the challenges in tackling this issue is the hierarchy of the church itself. It is still difficult to hold high-ranking clerics responsible, either for the misdeeds of their subordinates or for the crimes that they may have committed themselves.

At the top of the Catholic Church’s hierarchy is the pope. He is said to be the successor of the Apostle Peter, about whom Christ said, “You are Peter and on this rock I will build my church.” For Catholics, the pope is that “rock” that gives the church a firm foundation. The pope is considered to speak infallibly, “without error,” under specific conditions concerning doctrine and morals. But he is not infallible when it comes to personal judgment such as whom he chooses to get advice from.

Under the pope are bishops, who serve the pope as successors to the original 12 apostles who followed Jesus.

There are also cardinals, who are appointed by the pope, and only they can elect his successor. Cardinals also govern the church between papal elections. Cardinals rank higher than bishops, so not all bishops are cardinals. But now all cardinals are bishops, although in the past there have been exceptions. George Pell is both a bishop and a cardinal, as well as the third-ranking official at the Vatican.

The hierarchical structure of the Catholic Church resembles the military with its high level of administrative control. But the “church” in Catholic understanding is not just a bureaucratic body. It also is a sacred institution that is willed by God.

Male priests have the lowest rank in the formal hierarchy. When they are ordained, they take vows of chastity, poverty and obedience to superiors. Usually priests are under the immediate authority of their local bishop, whose administrative area is called a “diocese.”

While priests in many countries are mandated both by the church and civil law to report sexual abuse to church commissions and legal authorities, there has been a culture of denial and secrecy that prevented allegations from being fully investigated. A 1962 Vatican document instructed bishops to observe the strictest secrecy in sexual abuse cases and to address sexual abuse, or “solicitation,” as an internal church matter, not as an offense that should be reported to local authorities.

Despite establishing a commission to look into the problem and address a backlog of cases, Pope Francis has still not established any protocol for handling sex abuse allegations for the Catholic Church as a whole. But the pope has set guidelines for removing bishops who have been “negligent” in addressing cases of abuse. Still, some commentators believe this is not enough.

The fact is that there has been a long history of protecting highly placed Catholic leaders from charges of sexual abuse.

When reports surfaced in 1995 that Austrian Cardinal Hans Hermann Groer had molested monks and schoolboys, the sexual abuse was dismissed by Bishop Kurt Krenn as “boyish pranks.” There were also claims that victims were paid “hush money” to buy their silence. The allegations of sexual abuse against Cardinal Groer proved to be true.

In another case from the late 1940s, Marcial Maciel, the Mexican founder of a religious order, The Legionaries of Christ, was a sexual abuser multiple times over. When allegations against Maciel were initially raised, John Paul II ignored them. Joseph Ratzinger, John Paul II’s confident and later successor, remarked: “one can’t put on trial such a close friend of the pope.” Though Maciel was eventually disciplined by Ratzinger when he took over as Pope Benedict XVI, Maciel avoided prosecution until his death in 2008.

In the United States, Cardinal Bernard Law, who protected abuser priests in the Boston archdiocese during his 1984-2004 tenure, has also escaped prosecution. In fact, Law was effectively promoted to a prestigious position as head of one of Catholicism’s most famous churches, Santa Maria Maggiore in Rome.

In all these cases, the hierarchical structure of the church made it difficult to bring high-ranking figures to justice. When you give superiors nearly absolute obedience, the threshold for acting against them is high. By the same token, superiors can often protect offending priests.

A presumption of integrity goes with a high position in the Catholic Church. It is often difficult to believe that a bishop could commit or cover up a terrible crime such as rape or sexual abuse. Also, if the Catholic Church is a divine institution necessary for salvation, then there are those who will protect its reputation at all costs.

There is a tipping point, however. The key moment leading to the resignation of Cardinal Law was a letter, signed by 58 priests, asking him to resign.

The compendium of Catholic beliefs, “The Catechism of the Catholic Church,” observes that the “sanctity” of the church is “real” but also “imperfect.” In other words, the church is composed of human beings who have their limitations. From this perspective, the problem is not hierarchy itself, but how people in high positions misuse their power.

While all Catholics are aware of the “humanness” of their church, the charges against Cardinal Pell are still traumatic for many Catholics who expect integrity in their leaders.

In one sense, Cardinal Pell’s case simply marks yet another chapter in the Catholic Church’s struggle to address sexual abuse in its ranks. But as the highest ranking member of the hierarchy to face criminal charges, his prosecution marks an important step.

Regardless of the final outcome of his case, I do believe Cardinal Pell’s international stature makes this a decisive moment in the Catholic Church’s efforts as a global institution to develop consistent approaches to sexual abuse. 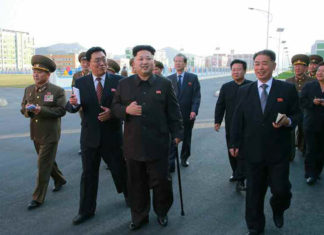