Italy is not the only country with an organized crime problem. But movies and TV shows like “Scarface,” “The Godfather” and “Gomorrah” have made the Italian mobs – in both their southern Italian and American incarnations – world-famous.

Such pop culture portrayals tend to romanticize a dangerous phenomenon that’s all too real for those whose lives it affects.

What TV and movies have often gotten right, however, is the idea that Italy’s criminal networks are powerful enough to threaten the government.

According to the country’s first-ever comprehensive survey on political violence, Italy saw 1,191 violent attacks against politicians between 2013 and 2015. The count, undertaken by the Italian nonprofit organization Avviso Pubblico, was culled from local news stories and first-hand accounts.

How does this pervasive violence affect Italian politics?

A new paper in the Journal of Public Economics, which I co-authored alongside University of Pennsylvania political scientist Gemma Dipoppa, analyzes Italy’s new survey data to find out.

Why do criminals attack politicians?

The goals of criminal organizations differ from group to group.

In Italy, our study found, the mafia frequently threatens politicians to obtain government contracts that pay handsomely for waste management, construction and other public services.

Individual politicians who threaten those business interests may find themselves in danger. Physical assaults, arson and threats are the mafia’s favored tactics. These crimes make up 70 percent of the 1,191 political attacks documented by Avviso Pubblico.

After the director of a Sicilian national park in 2016 strengthened anti-mafia checks on local firms applying to work in the park, for example, he narrowly survived a nighttime assassination attempt.

Other politicians are corrupt, contributing to Italy’s organized crime problem by sharing illegal profits with the mob.

“We all have to get our fill,” said one Naples bureaucrat who was recorded taking bribes from the mafia.

Between 1991 and 2018, Italian police dissolved 266 city councils for having ties with criminal organizations.

Local officials are most at risk

Rather, the Italian mafia typically targets local officials. Mayors were the target of 310 of the documented 1,191 attacks on politicians from 2013 to 2015.

Italians know this, because these stories play out regularly in local newspapers.

The mayor of Marcianise, a town near Naples, left office in early 2018 after a wave of threats, for example.

And the mayor of Rizziconi, in the southern Italian province of Reggio Calabria, has been blacklisted by some community members – and even by some of his own relatives – after reporting the mob’s pressure tactics against him to the police.

Mafia attacks on politicians are usually linked to the electoral cycle.

In regions where criminal organizations are more powerful – such as Sicily, Calabria and Campania – our research found that political violence was much more likely immediately after a local election.
Political violence is 25 percent more likely in the four weeks after the election of a new mayor.

This sends a message to newly elected officials: They are the mafia’s new negotiating partners in government. They need to understand the risks associated with disobeying the will of organized crime.

Strategic political violence has a destructive effect on political life in Italy.

My prior research shows that if politics seems like a dangerous job, some competent and educated individuals will be discouraged from entering the field.

I studied Italian candidates for local political office between 1985 and 2011. My data came from over 1,500 southern municipalities where strong anti-mafia law enforcement policies during that period had effectively reduced the presence of the mob.

In the first election after a drop in organized crime, I discovered that politicians in these cities were 18 percent more educated, meaning a substantially higher number held a university degree.

Typically less than 25 percent of elected officials in these areas have completed college.

Apparently, politics is perceived as a more appealing field when it is less influenced by criminal organizations, thus attracting more qualified candidates.

These findings shed light on how organized crime hurts millions of Italians who have nothing to do with the mafia’s illegal business.

Targeted political violence by the mafia distorts the electoral process, reducing the quality of the candidate pool and compromising officials.

These dangerous dynamics, of course, are not restricted to Italy.

During Mexico’s 2018 election season, 132 politicians and political operatives were killed. Drug cartels are believed to be behind many of the assassinations, though the crimes remain unsolved.

In 2002, the Fuerzas Armadas Revolucionarias de Colombia, or FARC guerrillas, launched a campaign to intimidate public officials who were unsympathetic to its cause. Five politicians were murdered and 222 of 463 mayors in Colombia resigned due to death threats.

Similar processes are most likely playing out in other countries with organized crime groups sufficiently strong and organized to threaten politicians and other civil servants, among them Serbia and Slovakia.

And as organized crime enriches itself, our findings show, it impoverishes local politics. 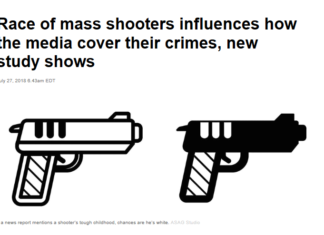