Congress and the Trump administration scaled back the estate tax when they enacted the new tax law.

Although the government didn’t do away with this tax altogether, as many conservatives had long called for, trimming the tax incentives the wealthy have to give could mean that some nonprofits will soon see their budgets pinched by a decline in charitable giving.

As an economist and a scholar of philanthropy, I anticipate that bequests from estates could decline by about US$7 billion a year.

The estate tax encourages giving with a dollar-for-dollar deduction from estate and gift tax liabilities matching any amount of money bequeathed to charities after death. In other words, wealthy estates save $1 in taxes for every $1 they give to charity.

Once a significant moneymaker that generated 10 percent of federal tax revenue, the estate tax was responsible for only about 1 percent of those funds prior to 2018.

Now, the first approximately $11 million in wealth one person leaves to their heirs will be entirely tax-free. That level doubles for couples. This new cutoff, which is twice as high as the old one, will rise over time as the government automatically adjusts these exemption levels for inflation. The rate to be paid after meeting the cutoff, however, remains unchanged at 40 percent.

In practice, here’s how that works. If a couple passes on an estate valued at $25 million and they leave $3 million or more to charitable causes in their will, under the new rules their heirs would owe no tax at all on this inheritance. That is because the value of the estate would be under the $22 million threshold.

Most people don’t leave anywhere near that much money behind, so the number of families this tax actually applies to is tiny. Only 1 in 500 estates in a given year owed any federal inheritance taxes, before the government doubled exemption levels as part of the new tax law. That share will get even smaller now.

And rich families use loopholes to reduce the tax’s impact or get out of paying it at all.

When the government weakens the estate tax, there are two likely scenarios in terms of giving. The people inheriting a larger share of great fortunes might leave more of their windfalls to charity. Alternatively, they could keep more of the money to invest, enjoy or share with their families and friends.

When the price of anything rises – whether it be bacon or tennis balls – economists expect demand for that product or service to fall. Without an estate tax, there’s nothing to be gained, accounting-wise, from rich people writing posthumous charitable gifts into their wills.

The question is, do fewer multimillionaires write charities into their wills when this incentive goes away or becomes smaller?

The money at stake is significant. Bequest giving has more than tripled in inflation-adjusted dollars over the last 40 years, rising to more than $30 billion in 2016 from less than $10 billion in 1976, according to the Giving USA report, which the Indiana University Lilly Family School of Philanthropy researches and writes in partnership with the Giving USA Foundation.

To be clear, the volume of bequests is often unpredictable over the short term and does not purely track tax policy changes. Frequent adjustments to the estate tax rate and exemption level, as well as market swings – which alter the value of assets like stocks, bonds and fine art – affect what happens in a given year.

So do some deaths.

David Rockefeller, the successful banker and heir to a great fortune, had a net worth in excess of $3 billion despite giving $2 billion away during his lifetime when he died in 2017 at 101.

As his estate auctions off European ceramics, Chinese porcelain, paintings, furniture and other items from his assorted collections, hundreds of millions of dollars are going to charity, bumping up the total for bequests.

Conversely, requiring estates to be larger before they are subject to the tax is associated with decreases in bequest giving. That is especially true when the exemption level is at or above $3 million, well below the new cutoff.

What I saw indicates that when more wealthy people were exempted from the estate tax altogether, fewer of them wrote charities into their wills. Alternatively, those who did leave money for a cause tended to make smaller donations.

It’s important to remember that people give for many different reasons and that bequests are different from other kinds of donations because they are truly a last chance to support a charity or cause. As such, people usually don’t give just because of a tax deduction.

Doubling the exemption level will make the estate tax irrelevant for nearly all Americans – making it only apply to about 1,800 estates per year, according to one estimate.

What’s more, research also suggests that estate taxes can encourage donors to give more during their lifetimes. That’s because when rich people know that more of their money will be spent on taxes after they die, they are likely to give more of it away to charities they choose before that day comes. Several researchers have estimated that eliminating the estate tax would usher in a decline of non-bequest giving in the 6 percent to 12 percent range or more.

In other words, curbing the estate tax’s scope will probably reduce giving to charity both during donors’ lifetimes and after their deaths too.

Editor’s note: This article includes information from articles The Conversation published on Oct. 11, 2017 and Dec. 23, 2017. 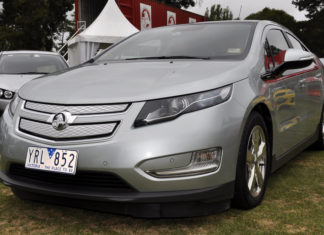 Staff Writer - March 22, 2015
Thomas Bräunl, University of Western Australia Cars are the second most expensive investment after the family home, a status symbol and, in some cases...