The most serious attempt to bring the Syrian regime and representatives of the opposition together around a negotiating table together took place at the 2014 Geneva II peace talks. The talks were based on the Geneva Communiqué which had been signed in 2012 at a meeting that included representatives of the United Nations, the Arab League, the European Union, and nine governments including the United States and Russia. The communiqué outlined steps to be taken to establish a transitional government “formed on the basis of mutual consent”.

Unsurprisingly, Geneva II was a non-starter. Much of the opposition boycotted it; the two sides refused to talk face-to-face; there was endless wrangling over procedural issues, grandstanding; and, perhaps most importantly, no clear consensus on the meaning of the Geneva Communiqué. The United States and the opposition asserted that any transitional government could not include Syrian President Bashar al-Assad; the government and its Russian ally asserted that there was no such stipulation in the communiqué (they were, in fact, correct, although the communiqué did stipulate that both sides had to agree on the [transitional government’s members]). In the end, the talks failed because the regime was not interested and the opposition would not have been able to deliver even if it had been.

Because the inner core of the Syrian regime is bound together by ties of sect and kinship, it is unlikely to fragment. And since it and its main constituency come from the minority Alawite community, it truly believes the only choices are to fight to the bitter end or face annihilation. Because the opposition is so fractious, it is unlikely to prevail, although it is improbable that the regime will be able to uproot it entirely from its rural and frontier strongholds. And because the international community prefers failed states to divided ones, the most likely endgame for the Syrian civil war is what UN and Arab League special envoy to Syria Lakhdar Brahimi called the “Somalization” of Syria. In other words, Syria would still hold a seat at the United Nations, but its territory would be parceled out among the government and its supporters, various armed militias (including the Islamic State), and Syrian Kurds, each of which would jealously guard its domain and enviously eye the domains of others.

As of now, a negotiated settlement is only possible if two conditions are met. First, both the regime and the “moderate” opposition – the Free Syrian Army, the Islamic Front, etc.– would have to view the battlefield situation as hopelessly deadlocked, and they would have to do so simultaneously. After all, if there was a chance your side might achieve total victory, why bother to attempt to reach a compromise through negotiations? (Jabhat al-Nusra, the “official” al-Qaeda affiliate in Syria, and the Islamic State would also have to be neutralized to prevent them from acting as spoilers.)

The second condition that has to be fulfilled to reach a negotiated settlement is that outside players – the United States and other Western states, Saudi Arabia, Turkey, Russia, Iran, and others – would also have to come to the conclusion, again simultaneously, that there was no chance their clients could score a victory on the battlefield and that, in the big scheme of things, the battle for Syria was just not worth the cost. Otherwise, when your side is down why not try to restore its fortunes by pumping in more supplies, heavier and more lethal weapons, cash, and perhaps fresh recruits?

Just some of the players who could possibly resolve the Syrian crisis.
Leonhard Foeger/Reuters

There is one possibility, albeit farfetched, that might enable a negotiated settlement to prevail. So far, the United States and its allies have been acting as if Syria were a chess game where a win for one side on a two-dimensional board means a loss for the other. Why not start playing three-dimensional chess? In other words, why treat Syria as a separate problem to be solved in isolation? Why not complicate the Syria problem by making it one of a number of issues to be brought to the table at the same time? This would increase the number of possible trade-offs and compromises, allow governments to save face through reciprocal exchanges, and make grand bargains possible.

For example, Iran has a stake in Syria and has been supplying weapons, training, oil, and, perhaps, soldiers to the regime. It is Syria’s most important ally. But Iran also has nuclear aspirations and a desire to end international sanctions that have been applied against it. Iran also has interests which it wants to protect in Iraq, Afghanistan, Lebanon, the Gulf, etc. And, probably most important, Iran wants a seat at the grown-ups’ table; that is, it wants recognition that it is an important regional player and wants “in” when decisions about the region’s future are made.

America’s interests include a stabilized Syria which minimizes the threat to Israel. It also wants to prevent any disruption of the existing Middle East state system, which is why the United States and Iran are already tacit allies in the fight against the Islamic State. Negotiating these issues all at once could provide the breakthrough necessary to resolve the Syria imbroglio once and for all.

Needless to say, hardliners on both sides make such a scenario unlikely. If they get their way, Brahimi’s conjecture will become the reality and Syria, possibly along with Iraq (and Libya and Yemen if they hold together) will become the poster child for the post-uprisings’ “New Middle East” made up of failed states. 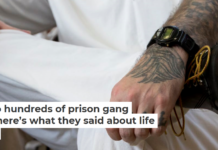 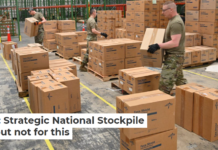 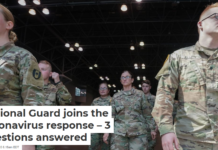 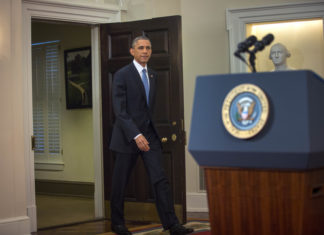 After a tense 50 years, Obama and Castro announce US-Cuba thaw

Staff Writer - December 27, 2014
By Mervyn Bain, University of Aberdeen In the United States and Cuba’s strained relationship over the past 50-odd years, certain key flashpoints stand out: the...