Marginalized people often suffer the most harm from unintended consequences of new technologies. For example, the algorithms that automatically make decisions about who gets to see what content or how images are interpreted suffer from racial and gender biases. People who have multiple marginalized identities, such as being Black and disabled, are even more at risk than those with a single marginalized identity.

This is why when Mark Zuckerberg laid out his vision for the metaverse – a network of virtual environments in which many people can interact with one another and digital objects – and said that it will touch every product the company builds, I was scared. As a researcher who studies the intersections of race, technology and democracy – and as a Black woman – I believe it is important to carefully consider the values that are being encoded into this next-generation internet.

Problems are already surfacing. Avatars, the graphical personas people can create or buy to represent themselves in virtual environments, are being priced differently based on the perceived race of the avatar, and racist and sexist harassment is cropping up in today’s pre-metaverse immersive environments.

Ensuring that this next iteration of the internet is inclusive and works for everyone will require that people from marginalized communities take the lead in shaping it. It will also require regulation with teeth to keep Big Tech accountable to the public interest. Without these, the metaverse risks inheriting the problems of today’s social media, if not becoming something worse.

Utopian visions in the early days of the internet typically held that life online would be radically different from life in the physical world. For example, people envisioned the internet as a way to escape parts of their identity, such as race, gender and class distinctions. In reality, the internet is far from raceless.

While techno-utopias communicate desired visions of the future, the reality of new technologies often doesn’t live up to these visions. In fact, the internet has brought novel forms of harm to society, such as the automated dissemination of propaganda on social media and bias in the algorithms that shape your online experience.

Zuckerberg described the metaverse as a more immersive, embodied internet that will “unlock a lot of amazing new experiences.” This is a vision not just of a future internet, but of a future way of life. However off target this vision might be, the metaverse is likely – like earlier versions of the internet and social media – to have widespread consequences that will transform how people socialize, travel, learn, work and play.

The question is, will those consequences be the same for everyone? History suggests the answer is no.

Widely used technologies often assume white male identities and bodies as the default. MIT computer scientist Joy Buolomwini has shown that facial recognition software performs worse on women and even more so on women with darker faces. Other studies have borne this out. https://www.youtube.com/embed/_sgji-Bladk?wmode=transparent&start=0 MIT’s Joy Buolomwini explains the ‘coded gaze,’ the priorities, preferences and prejudices of the people who shape technology.

Whiteness is embedded as a default in these technologies, even in the absence of race as a category for machine learning algorithms. Unfortunately, racism and technology often go hand in hand. Black female politicians and journalists have been disproportionately targeted with abusive or problematic tweets, and Black and Latino voters were targeted in online misinformation campaigns during the 2020 election cycle.

This historical relationship between race and technology leaves me concerned about the metaverse. If the metaverse is meant to be an embodied version of the internet, as Zuckerberg has described it, then does that mean that already marginalized people will experience new forms of harm?

The general relationship between technology and racism is only part of the story. Meta has a poor relationship with Black users on its Facebook platform, and with Black women in particular.

In 2016, ProPublica reporters found that advertisers on Facebook’s advertising portal could exclude groups of people who see their ads based on the users’ race, or what Facebook called an “ethnic affinity.” This option received a lot of pushback because Facebook does not ask its users their race, which meant that users were being assigned an “ethnic affinity” based on their engagement on the platform, such as which pages and posts they liked.

In other words, Facebook was essentially racially profiling its users based on what they do and like on its platform, creating the opportunity for advertisers to discriminate against people based on their race. Facebook has since updated its ad targeting categories to no longer include “ethnic affinities.”

However, advertisers are still able to target people based on their presumed race through race proxies, which use combinations of users’ interests to infer races. For example, if an advertiser sees from Facebook data that you have expressed an interest in African American culture and the BET Awards, it can infer that you are Black and target you with ads for products it wants to market to Black people.

Worse, Facebook has frequently removed Black women’s comments that speak out against racism and sexism. Ironically, Black women’s comments about racism and sexism are being censored – colloquially known as getting zucked – for ostensibly violating Facebook’s policies against hate speech. This is part of a larger trend within online platforms of Black women being punished for voicing their concerns and demanding justice in digital spaces.

According to a recent Washington Post report, Facebook knew its algorithm was disproportionately harming Black users, but chose to do nothing.

Ensuring that the metaverse is inclusive and promotes democratic values rather than threatens democracy requires design justice and social media regulation.

Design justice is putting people who do not hold power in society at the center of the design process to avoid perpetuating existing inequalities. It also means starting with a consideration of values and principles to guide design.

Federal laws have shielded social media companies from liability for users’ posts and actions on their platforms. This means they have the right but not the responsibility to police their sites. Regulating Big Tech is crucial for confronting the problems of social media today, and at least as important before they build and control the next generation of the internet.

The metaverse and me

I am not against the metaverse. I am for a democratically accountable metaverse. For that to happen, though, I assert there need to be better regulatory frameworks in place for internet companies and more just design processes so that technology doesn’t continue to correlate with racism.

As it stands, the benefits of the metaverse don’t outweigh its costs for me. But it doesn’t have to stay that way. 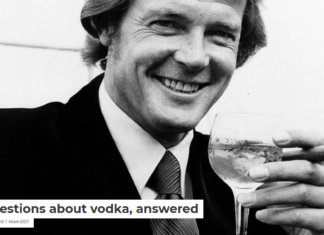 The two key issues on the table to bring Canada back...