Steep increases in the price of food, gas and fuel have been reported across Texas. And as millions of Texans lost power, exorbitant prices were being asked for hotel rooms with power, with some climbing to US$1,000 a night.

As a scholar who has researched disaster ethics, I know this is not uncommon in such circumstances. It follows a pattern: Disaster creates a scarcity of basic necessities; retailers and providers respond by sharply raising the price tags on sought-after commodities.

Then comes public outrage and claims of price gouging – a practice deemed illegal in 36 U.S. states, including Texas, in times of disaster.

Contrarian voices argue that price hikes are good – they provide incentives for sellers to bring extra supplies and prevent hoarding.

But these economic arguments can fail in times of disaster. Panicking humans tend not to make rational economic choices. And communications and transport can be disrupted, mitigating the signaling effect of higher prices.

Moreover, I believe, they ignore the question of whether price gouging is defensible on ethical grounds.

Whether price gouging helps bring more supply to disaster victims is speculative, but a surer outcome is that it will disproportionately burden the worst-off.

Disasters are already hardest on poorer communities – and in the U.S., on minority communities. As philosopher Naomi Zack writes in her book “Ethics for Disaster,” “Disaster magnifies social inequality.”

I have argued that price gouging is not only exploitative and inequitable, it also violates what philosophers have called the “duty of easy rescue” – that is, an obligation to help others in danger when doing so entails only a small cost to yourself.

To explain the concept, the philosopher Peter Singer, while arguing for famine relief, used the example of someone walking past a shallow pond in which a child is drowning. Most people would agree, he suggested, that morality requires you to save the child, if you can do so at small cost to yourself.

People may disagree about how much individuals would be required to sacrifice to save the child, but easy rescue clearly applies when the cost to the rescuer is minimal – little more than the cost of a new pair of shoes.

The principles of Singer’s pond can be used to explore the ethics of price gouging.

Picture a hiker lost in the woods suffering serious dehydration. A second hiker walks by and offers to sell her his extra water, but for a large sum.

This violates the duty of easy rescue because it risks failing to save someone who can easily be saved, so long as the second hiker does not need the water himself.

Now apply this more widely to price gouging in a disaster. Raising prices on shelter, food, water, heating and gas risks failing to save victims who cannot pay.

I’m not arguing that sellers must give away lifesaving necessities for free – although some do. Sellers, and their employees, also need to live, and easy rescue does not require that people make large sacrifices. Asking sellers to give away their livelihoods would go beyond the duty of easy rescue.

Rescuing someone with little risk or cost to yourself is a moral duty, not a duty enforced by law in the U.S. So, some people might ask, why should it be enforced on would-be price gougers?

“Social contract theory” – which defines moral and political obligations as part of a general agreement made out of self-interest – provides an explanation: We are all better off when we cooperate to provide services that at some point we all may need.

As a society, we empower the state to provide basic services that we could not provide individually or even in small groups, such as protecting rights and ensuring basic safety and security.

The rationale is that by sharing in the system that protects others in need, we also protect ourselves. That, after all, is the point of the social contract.

This extends to rescue services such as firefighters, paramedics and first responders. But when life-threatening conditions arise from lack of food, water, shelter and power, this burden of rescue can be delegated to sellers of necessities and providers of utilities. At the least, society requires that they not raise prices and turn away those who cannot pay.

Institutions and services that should protect everyone have too often failed low-income and minority communities. As philosopher Charles Mills warns in “The Racial Contract,” the social contract ideal itself can be harmful if it hides this reality, presenting an illusion of equality that does not exist.

But actual inequality provides a reason to enforce laws against price gouging. When prices rise, the worst-off suffer the most. 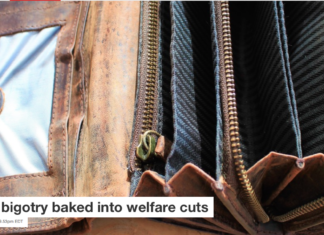 The bigotry baked into welfare cuts

Why believing in ghosts can make you a better person