Does academic freedom entitle university professors to be as provocative as they wish when expressing their views on issues of the day?

Are professors just people with jobs?

The first case involves Steven Salaita, whose offer of a tenured appointment at the University of Illinois was rescinded because of charged comments he made on Twitter last year about Israel and its actions in Gaza.

Second is the case of Saida Grundy, a new professor of sociology and African-American studies at Boston University, who has been called out for contentious tweets about race.

Third is the matter of Jerry Hough, a chaired political science professor at Duke who penned what many saw as a racist diatribe in the comments section of a New York Times editorial about happenings in Baltimore.

The details of these situations differ, but there are common threads.

Each features a professor in hot water for speech delivered outside the confines of academic employment. Each involves expression that, while being objectionable to some, is constitutionally protected speech. Each has aroused the ire of stakeholders, such as students, colleagues, alumni and other interest groups.

And as a result, each has forced university leaders to wrestle with a three-way collision involving academic freedom, free expression and institutional reputation.

These professors – like all of us in tenure-track academic appointments – are employees with jobs at universities that pay their salaries.

So, one way to view these cases is through the lens of employment.

Free speech is a complex issue

Within the larger landscape of worker rights in a free society, the tension between our right to speak as citizens and obligation to our employers as job holders is contested terrain – an issue I explore at length in my book on the legal, ethical and managerial dimensions of free speech in and around the American workplace.

The legal aspects of this subject are complex:

The employment-at-will system of labor law in the US, which in the absence of a contract lets employers and workers terminate the arrangement at any time for any reason, means that private sector workers have virtually no free speech protections against employer wrath.

If your boss doesn’t like your off-work speech, even if it has nothing to do with your job or your employer’s business, you can be fired for it. For instance, consider the Alabama woman who lost her job in 2004 for having a John Kerry bumper sticker on her car in the factory parking lot.

Workers in public sector jobs have greater protections. In situations involving government rather than a private entity as the employer, Supreme Court rulings over several decades have upheld workers’ rights to speak on matters of public concern without risking their jobs.

A handful of states give workers in the private sector some of the free speech protection that government workers have through what are known as “lifestyle discrimination” statutes. These are laws that bar employers from punishing workers for off-work activity, including speech, that is legal and poses no significant threat to an employer’s business.

But these protections for government workers (and private sector workers in a few states) are enforced only up to a point.

When someone fired for his or her speech files a lawsuit, the court weighs the worker’s right to speak against the employer’s right to a functional and efficient workplace. Analyses of case law indicate that courts are inclined to tilt the balance in favor of employers.

Returning to our three ‘provocateurs’

The public-private distinction is relevant to our three recent cases of “professorial provocation.” This is because one of the three – Salaita at Illinois – involves a public university.

After having his job offer rescinded, Salaita filed a federal lawsuit claiming that his rights to free speech and due process had been violated; a judge’s ruling on whether Salaita’s lawsuit can go forward is expected any day.

That kind of constitutionally based lawsuit isn’t available to Grundy at Boston University or to Hough at Duke since their appointments are at private institutions.

Although Grundy and Hough cannot claim a constitutional infringement on their rights, they can appeal to the principle of academic freedom.

This is what distinguishes the occupation of professor from other kinds of employment: universities pledge (in the form of an implied contract) to respect professors’ free speech rights beyond what typical private sector job holders can expect, when they make academic freedom a foundational principle.

How free is freedom?

Universities are happy to ordain and celebrate the lofty ideals of academic freedom, but they are also quick to couple them with cautionary caveats.

At Duke (where Hough is), the faculty handbook cedes to professors the right “to speak in his or her capacity as a citizen without institutional censorship or discipline.” Duke warns, however, that the right to “espouse an unpopular cause” carries with it “a responsibility not to involve the university.”

Making a similar pledge, the handbook at Boston University (where Grundy is) adds that a professor’s right to speak as a citizen carries “special obligations” to be accurate, exercise restraint and respect others’ opinions.

With reasonable-sounding but rather vague conditions like these, universities (both public and private) have reserved the ability to impose boundaries on “outrageous expression” that the professor might assume is protected by academic freedom.

Having crafted faculty employment policies as manifestos of mutual obligation, universities coping with professors who speak scandalously find themselves in the role of an arbiter of the boundary between freedom and responsibility.

And so it was that in blocking Salaita’s appointment, the University of Illinois Board of Trustees decided that he lacks the requisite “professional fitness to serve on the faculty.”

The trustees probably figure they can fend off Salaita’s lawsuit – a not unreasonable expectation, to judge by a new legal analysis showing that courts tend to side with university claims that a professor’s speech disrupts its academic mission.

Weighing the balance differently, Duke asserted that Hough’s comments are “noxious, offensive and have no place in civil discourse” but saw the remedy as encouraging others in the community to speak out when the university’s “ideals are challenged or undermined.”

The question of when a professor’s provocation becomes actionable cause for termination is a hornet’s nest of subjectivity around the meaning of words like “offensive” or “bigoted” or “harmful” or “restraint.” A university that chooses to act against the professor – as Illinois did against Salaita – puts itself in the uncomfortable position of having to explain what these terms mean and where lines are drawn.

Instead of appeasing offended stakeholders by drawing lines in shifting sand, a more enlightened approach prioritizes a free exchange of ideas over the “dubious judgment” of a free-speaking professor.

That’s the path Duke and Boston University are following: condemn the objectionable remarks while preserving the professor’s freedom to make them, leaving a verdict to the court of public opinion.

Bruce Barry is Professor of Management and Sociology at Vanderbilt University. 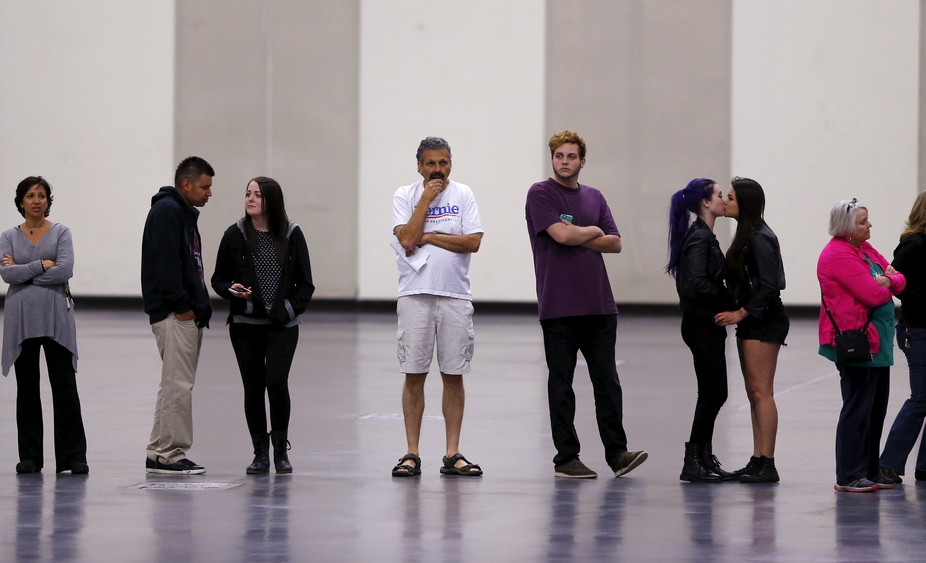 Don’t blame robots for the rise in inequality and poky jobs...

Ancient human bone reveals when we bred with Neanderthals