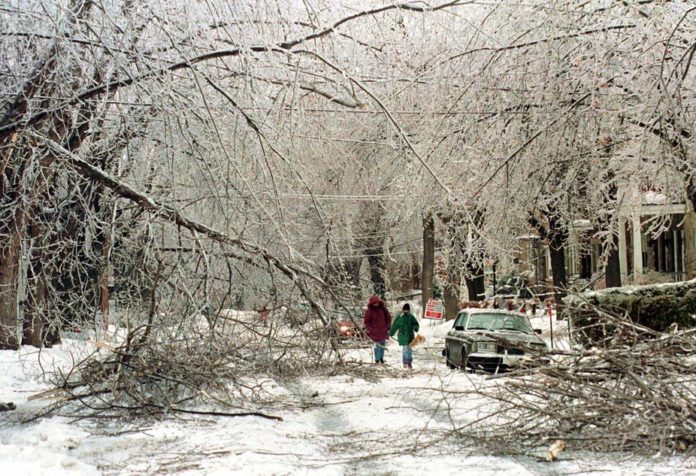 In January 1998 five days of freezing rain collapsed the electrical grid of the Canadian province of Québec. The storm left more than 3 million people without electricity for anywhere from a few hours to 45 days – one of the worst natural disasters in Canadian history.

As devastating as the ice storm and its effects were, these challenging conditions also provided an unusual research opportunity.

As a professor of psychiatry, I’ve long been interested in stress during pregnancy. Usually we’re forced to study prenatal stress retrospectively. Researchers have relied on databases of birth, death, and health information to conclude that exposure to major events during pregnancy, like war or death of a relative, increases health risks in the unborn child. Interviewing mothers many years later about stressful events that might have occurred during their pregnancies is another retrospective way to examine the question. But it still doesn’t get at what it was about the stressful event that influenced the fetus’s development.

The challenging conditions left in the ice storm’s wake provided the unusual opportunity to study prenatal stress prospectively. Living without electricity in the middle of the Canadian winter would stress plenty of pregnant women. Instead of looking backwards, we could track effects of stress going forward in time.

So in June 1998 we recruited nearly 200 women who were pregnant during the ice storm. We sent them questionnaires to measure the objective severity of the hardship they experienced (days without electricity, financial loss, injuries, moving house and so on), and also how much subjective distress they were still feeling from the disaster.

Since then, we have seen that a mother’s level of objective hardship predicts many outcomes: the more days she was without electricity, for example, the lower the child’s IQ, the greater the child’s risk of becoming obese, and the more insulin the child secreted in a glucose tolerance test, which might set him up to develop diabetes later in life.

The big surprise was that the mother’s subjective experience of distress had no effect on any of these outcomes. The theory had been that prenatal maternal distress could affect the fetus’ development via the mother’s stress. Distress would trigger a cascade of stress hormones in her body that would then pass through the placenta to disrupt normal development of the baby. There was no room in that theory for objective hardship to have an effect on the baby without going through the mother’s level of distress and her resulting stress hormones.

We were perplexed: how is it that a child whose mother stayed calm and collected during the ice storm despite losing power for weeks could have worse outcomes than one whose mother was clearly distraught by the ice storm but never lost power? Our study showed it was happening, but how could objective maternal hardship – independent of subjective stress – affect these biological mechanisms? To investigate, my colleague Dr. Moshe Szyf and I started to look at the epigenetics of the ice storm kids.

To understand epigenetics, imagine that your genetic makeup is a printed sheet of music, the product of the DNA from your mother and father. Every human being has a different song printed on their score, and no one can change what has been printed.

On the other hand, any song can be played in different ways: a little faster here, a little slower there; a little louder here, but softer there. These nuances may be written on the printed score. And so it is with our DNA, which cannot be changed, but can take on different forms according to markings made on it by the environment.

Methylation is one way those markings are made on the score of DNA. Imagine that your DNA has thousands of little switches, like dimmers on lights, which slide up and down to increase or decrease the expression of those genes. The process of adding biochemicals called methyl groups to those little switches is methylation. Where these methyl groups are attached to your DNA helps determine which genes in your genome are actually expressed.

We wanted to know if mothers’ objective hardship or subjective distress from the ice storm changed the way in which the babies’ DNA was methylated. In 2011, 34 of the children, then 12 or 13 years old, gave blood samples. Our post-doctoral fellow Dr. Lei Cao found that the women’s objective level of hardship from the ice storm predicted the children’s epigenetic profile, while their level of distress from the storm didn’t predict any effect. For instance, the more times the family changed house during the crisis predicted more methylation in certain genes – regardless of the mom’s subjective feeling of stress during the ice storm. As in our earlier work, the changes in the kids weren’t due to their mothers’ degree of emotional distress following the ice storm, but rather to factors outside of the moms’ control, such as the number of days without electricity.

Though small, our study showed the 1998 ice storm created sufficient hardship for pregnant women that it caused epigenetic changes in their unborn children that have lasted at least 13 years – that’s pretty permanent! No other study had previously shown epigenetic effects linked to objective hardship rather than subjective distress.

The objective severity of the mothers’ hardship most affected the methylation of two kinds of genes in the ice storm kids: immune system genes, which might increase risk for asthma and allergies, and metabolism genes, which might affect risk of obesity or diabetes. Our next challenge is to figure out how these epigenetic changes actually affect the children’s health. And a remaining big question is how did the mothers’ experiences produce these altered patterns of gene expression? 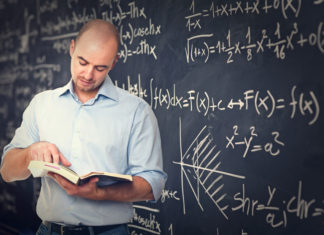 Staff Writer - October 15, 2014
By Jacqueline Baxter, The Open University In many ways it’s incredible that in 2014 there is still a debate about whether teachers should be qualified...

Africa is within reach of being declared a polio free region