By John Covach, University of Rochester

In the first weeks of 1964, the Beatles’ “I Want To Hold Your Hand” raced up the US charts, giving the Liverpool band its first American hit single and helping to launch the British invasion. At around the same time, the Rolling Stones were enjoying a number-three hit in the UK with “Not Fade Away,” as well as a number-one British EP. The Stones tried – but couldn’t immediately replicate – the Beatles’ stateside success, lagging behind by more than a year.

The decisive breakthrough for Mick, Keith and company came with the release of “(I Can’t Get No) Satisfaction” in June of 1965. The song rocketed to the top of the US charts, partly fueled by claims that the lyrics referred to sexual frustration.

But “Satisfaction” was not the Stones’ first top ten single in the US. In March 1965 the band released “The Last Time,” which rose to the number-nine spot stateside, while topping the charts in the UK. Unlike “Satisfaction,” the story of this song is not one of scandal and rebellion, but rather one of admiration and imitation. It possessed stylistic flairs and influences that would ultimately foretell the band’s future stardom.

The roots of this Jagger-Richards original can be traced back to “This May Be The Last Time,” a gospel track recorded by the Staple Singers in 1955. A quick listen to the Staple Singers’ record will dispel any doubt over the source of the chorus in the Stones song. The gospel influence would become a central element in the Stones’ original music for years to come, especially in tracks such as “Shine a Light.”

But “The Last Time” is more than a rocked-up gospel reworking. It’s driven by an opening guitar riff that percolates throughout the song, creating a hook that rivals the chorus’s infectiousness. The idea of opening with a guitar riff wouldn’t have been new to fans of Chuck Berry’s music (as the Stones were) or the Shadows (not so much). It’s also worth noting that the Beatles’ “I Feel Fine” commenced with a catchy guitar lick; released in late 1964, it’s a track that could have inspired the Stones, along with the Staple Singers’ record.

The Stones would employ catchy opening riffs in future hits. In fact, the famous opener to “Satisfaction” may well have been an attempt to repeat the distinctive arranging element of “The Last Time.” And a catchy guitar lick is also used in the band’s next single after “Satisfaction,” “Get Off Of My Cloud.” (Meanwhile, the Beatles led off both “Ticket to Ride” and “Day Tripper” with a guitar hook, making 1965 into an unofficial “Year of the Guitar-Riff Intro.”)

Listeners may also detect a hint of country music in “The Last Time.” Country would play an important role in the band’s developing career (perhaps best captured in “Dead Flowers”). The Stones covered Hank Snow’s “I’m Moving On” during live shows in early 1965, and even included it on the EP Got LIVE If You Want It in the UK, and the album December’s Children in the US.

But we needn’t look further than the single that preceded “The Last Time” to hear a classic country twang. “Heart of Stone,” released in late 1964, rose to a respectable number 19 in the US charts – while unabashedly tipping its hat to country influences. In fact, a demo of this song contains a prominent pedal steel guitar – a staple of the country sound (though apparently someone deemed it too country for the final version). The demo also contains guitar work by a young session guitarist named Jimmy Page, whose solo Keith Richards copied note for note on the single.

The Stones originally emerged out of the London blues revival scene in 1962, at first playing only cover versions of the blues, soul and 1950s rock music they revered. So it’s only natural that their first original songs would be rooted in the dozens of cover songs the band played and recorded in its nascent years. “The Last Time” is simply a logical extension of the group’s development and range of influences – the sort of compositional modeling has been occurring in music for generations.

But the Rolling Stones’ eclectic range of influences did create a uniquely broad stylistic palette, one that the band drew on as their music expanded and developed throughout the years – and as they went on to enjoy greater success and longevity than most of their contemporaries.

So despite its title, there would ultimately be very little about the band’s first US hit that would happen for the last time.

The Life and Mission of Atul Tandon, Recipient of Life & News’ 2019 Krach Transformational Leader of the Year Award 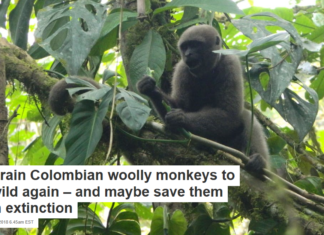