Editor’s Note: Temple Grandin, Professor of Animal Science at Colorado State University and an advocate for people with autism, wrote eloquently about her identification with Spock, the half-Vulcan character in TV’s Star Trek, in her 1996 autobiography Thinking In Pictures. TCUS asked her to comment on the passing of Leonard Nimoy who played Spock.

When I was an awkward teenager who did not fit in with the other kids, the logical Mr Spock was a character I could really identify with. At this time, I did not know why I related to Spock because when I was a teenager, I did not know that my thinking process was different from that of most other people. I assumed that my logical picture-based thinking was the way that everybody thought.

Today I know that most people think in words – not in pictures as I do – and their actions are highly motivated by emotions. Mr Spock always controlled his emotions and used logic. In my book, Thinking in Pictures, I discussed a Star Trek episode that clearly showed the conflict that can occur between emotions and logic. When the shuttlecraft was being attacked by an alien, Spock wanted to immediately take off to avoid the risk of being killed. The others wanted to wait and recover the body of a fallen comrade. This emotional response could have endangered the lives of everybody. As I wrote,

It may sound simplistic, but this episode helped me finally understand how I was different. I agree with Spock, but I learned that emotions will often overpower logical thinking, even if those decisions prove hazardous.

My favorite Star Trek movie was “Star Trek IV: The Voyage Home,” the one about the whales, which was directed by Nimoy. It was a riot to see the Enterprise crew in a regular city in the present.

Leonard Nimoy had a period in his career where he wrote a book titled, I am Not Spock. When Mr Nimoy was doing stage acting, I saw him in a play titled The Man in a Glass Booth where he portrayed a war criminal. When I saw him in a criminal role, it was really upsetting. All logic was gone. This was not the Spock I knew.

It is my understanding that Nimoy eventually accepted himself as Mr Spock. This was evident in a silly advertisement he did for a hotel website, Priceline. When William Shatner, who played Captain Kirk on the original series, opened a hotel room door, Spock (Nimoy) was there.

Another thing I loved about Star Trek is that the original classic show had a good ethical principle in almost every episode. It really made me think about what was right and wrong.

To me, Nimoy will always be Mr Spock. 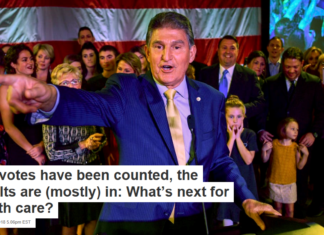 Staff Writer - November 11, 2018
Simon F. Haeder, West Virginia University Ever since the legislative battle over the passage of the Affordable Care Act, health care has dominated the political...

The Civil War: the one we fought, the one we’re still...