As Western societies have become more diverse due to immigration and cross-border mobility, the question of how welcoming their native populations are to newcomers has become ever more relevant. Exclusionary and hostile attitudes can compromise the integration of immigrants into society and have potentially negative consequences for overall social cohesion. Nowhere is the urge to combat such hostility early on more pronounced than in schools.

Governments are increasingly calling on schools to cultivate tolerance among young people. One way of doing this is to have classes with an ethnically mixed intake.

My research has examined the impact of this “mixing” and found that ethnic diversity in the classroom does lead to more tolerance of immigrants among teenagers. But the proportion of first-generation and second-generation immigrants makes a difference to attitudes.

The idea that ethnically mixed classrooms can contribute to tolerance is based on the assumptions that a culturally diverse environment provides more opportunities for inter-cultural contact. This in turn enhances positive opinions about the ethnic “other”.

Our research analysed the survey data from the International Civic and Citizenship Education Study collected in 2009 among more than 100,000 13 and 14-year-olds in 38 countries worldwide. In each of the participating countries, a nationally representative survey was conducted among 2,000-3,000 students from 150-200 schools. We focused our analyses on a selection of 18 states that had experienced large waves of immigration, either recently or some time ago.

We looked only at the attitudes of native youngsters towards immigrants. We analysed their responses to questions on whether immigrants should have the same rights and opportunities as everybody else and should be allowed to speak their own language and maintain their own customs and lifestyle.

We looked first at differences across states in average levels of inclusive attitudes. The graph below shows that youngsters generally had more inclusive than exclusionary views in all the countries included in the analysis. Although young people in England were moderately well-disposed towards immigrants, their score was low compared to 17 out of 18 other “immigration” countries. Only in the Netherlands did youngsters hold less positive views.

This effect could be seen in quite a few, mostly west-European countries such as England, Denmark, Sweden, Austria and the Netherlands, which differed substantially in their national cultures, political histories and origin of the migrant population.

But ethnic mixing appeared not to have any effect on tolerance in half of the states we surveyed. Without exception, these countries, such as Spain, Ireland, Italy and Cyprus, had only recently become immigration countries. In all of them, first-generation immigrant children – born abroad – outnumbered second-generation ones – whose parents were born abroad – in the survey.

Better contact between “native” and “second-generation” students is likely to explain this difference. Second-generation students are more familiar with a country’s culture and customs and have a better command of its language. They also tend to have more friendships with native-born students, as previous research has found.

We also found that classroom ethnic mix has the strongest positive effect on inclusive attitudes at medium and higher levels of diversity – where more than 15% of the class is of a different ethnicity.

These findings suggest that education policies should consider ways to increase ethnic diversity in schools as a strategy to foster inclusive attitudes among the native majority. But we should not expect immediate results in schools with many first-generation immigrant students. Neither should we expect a minimal presence of immigrant students in class to do the job.

At a time when political parties across Europe are responding to widespread concern about immigration, our research suggests that this issue could diminish over time. After all, once immigrant communities have become more settled and integrated in their new countries, positive effects of ethnic mixing could well emerge everywhere.

Next read: Bid to force immigrants to speak German in their homes won’t help integration 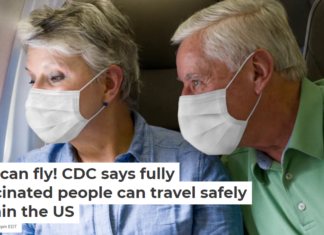