If you had to tell the story of one item or phenomenon in fashion, what would it be? See the end for information on how to get involved.

Throughout the 19th century, the top hat was a mainstay of Victorian life: a man in a topper was well-to-do, respectable, a man of industry. But now the top hat is only a caricature of the upper class privilege it once represented. Its history traces a line through dandies, beavers, silk, and madness.

The top hat is a tall cylindrical hat, typically made of silk mounted on a felt base. It has a high crown, a narrow, slightly curved brim, and is often black.

The earliest top hat is often attributed to English milliner John Hetherington in a (possibly apocryphal) story in the St James’ Gazette in January 1797. Hetherington’s first public outing in the top hat caused a riot, and he was later charged for “having appeared on the Public Highway wearing upon his head a tall structure having a shining lustre and calculated to frighten timid people”.

The top hat gained acceptance thanks to the famous English dandy, George “Beau” Brummel (1778-1840), who became its first champion.

Brummel was an innovator in men’s fashions and a close friend of the Prince Regent, George IV (who became king in 1821). He spurned the flamboyance and decadence of men’s fashion of the time, instead adopting simple, elegant and tailored attire such as equestrian-inspired breeches, spotless white shirts and exquisitely tailored jackets.

Essential to his ensemble was the new top hat, dubbed the “beaver” as its felt was made from beaver fur.

Brummel was a style leader, and with the new craze for beaver top hats came an economic opportunity for the North American fur trade.

Felt made from beaver fur was the most sought-after for hats as the qualities of the fur meant it held its shape in the rain, unlike the cheaper alternative of rabbit fur. While the European beaver was long-gone, hunted to extinction for its pelts by 1500, beavers were being hunted in North America.

The Hudson’s Bay Company, established in America in 1670 as a fur trading business, enjoyed a lucrative trade in beaver pelts. Brummel’s popularising of the top hat in the early 19th century played a role in further decimation of beaver populations.

From its beginnings, the expense and rarity of the beaver top hat became synonymous with upper class wealth, as a genuine beaver top hat would have cost 40 shillings, while a hatter may only have earned two shillings and tuppence a day.

Making a top hat was often lethal for hatters since mercury was used throughout the process of transforming beaver or rabbit fur to felt – known as “carroting” as it turned the fibres orange. Prolonged exposure to mercury frequently led to mercury poisoning, with symptoms including early-onset dementia and irritability, muscular spasms and tremors, loss of hearing, eyesight, teeth and nails.

The mercury-poisoned mad hatter was of course immortalised in Alice’s Adventures in Wonderland (1865). Lewis Carroll’s Mad Hatter is always illustrated in a topper, the manufacture of which probably sent him mad in the first place.

By the 1830s, fortunately for beaver populations, beaver pelt became démodé as the silk top hat appeared. Until the turn of the century, the silk top hat was ubiquitous in respectable Victorian society.

Although various shapes evolved such as flatter brims or higher or lower crowns, the basic form remained. Hat checkers had to be introduced at the theatre and opera, as top hats grew tremendously tall – up to 12 inches high – making it impossible for theatregoers to view the performance through the thicket of toppers. This led to Frenchman Antoine Gibus’ invention of the opera hat, or Gibus, a collapsible spring-loaded silk top hat.

The top hat fell out of favour in the early 20th century as slowly more casual styles of headwear, such as the bowler hat, became accepted for everyday wear. The top hat became associated with Victorian stuffiness and formality, and was pulled out only for strictly formal occasions: weddings, the opera, garden parties, Ascot.

The top hat’s swan song may have been Ginger Rogers and Fred Astaire’s 1935 film of the same name, one of the most famous of the duo’s performances, in which Astaire wears a top hat with an elegance and panache to rival Brummel himself (and famously dances with one too).

Today top hats are rarely worn non-ironically. The art of top hat making is dying out, with only a handful of hatters still plying their trade.

In popular culture, the top hat is frequently comic, subversive or ridiculous – worn by such varied characters as Willy Wonka, stage magicians, steampunk cosplayers, the Fat Controller and Slash from Guns n’ Roses.

Perhaps this is why, at Prince William and Catherine Middleton’s royal wedding in 2011, David Beckham awkwardly cradled his Philip Treacy top hat rather than wearing it.

Are you an academic or researcher? Is there a fashion item – iconic, everyday or utilitarian – you would like to tell the story of? Contact the Arts + Culture editor with your idea. 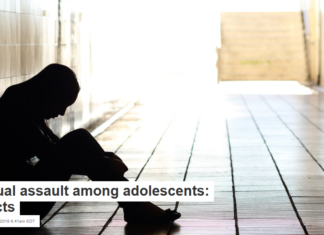 Racial stereotypes drive students of color away from STEM, but many...