By Rosa Freedman, University of Birmingham

The international movement to protect “traditional family values” has grown in proportion to protection for the human rights of LGBT people. In 2011, the Council held a panel on LGBT rights, at the start of which almost all delegates from Islamic, Arab and African countries walked out of the room.

Ever since that panel, its sponsor, South Africa, has taken a back seat on LGBT issues in the face of pressure from regional allies – and the Council has been used not to promote the human rights of LGBT people, but to undermine them.

And on September 16 2014, the United Nations Human Rights Council held a panel on Traditional Family Values. A seemingly innocuous event – but one that should flag up a serious threat to human rights around the world.

Despite the best (or worst) efforts of the countries that pushed for it, the panel’s manipulative force was kept in check; all of the panellists discussed the many different forms the family may take, and the need for states to protect all families – not a view to which Russia, a main sponsor of the panel, would subscribe.

So, this latest attempt to scale back human rights and to use them to oppress and subjugate vulnerable groups has been derailed. But make no mistake: this will not be the end of the matter.

Depending on how you count them, 76 countries around the world (and 41 in the commonwealth) still criminalise LGBT people and/or their actions, denying them fundamental rights and freedoms. Many of those states have been at the fore of writing, sponsoring and promoting resolutions on “traditional family values”.

Those resolutions essentially build on cultural relativism as an attempt to justify human rights violations. Under the guise of religious or cultural sensitivities, states have sought to use the UN Human Rights Council – the Organisation’s main body – to undermine the protection of LGBT persons.

Realising that their laws contravene fundamental rights guaranteed by the Universal Declaration of Human Rights and the two core human rights treaties, many countries that criminalise LGBT people are now machinating to create a human rights vehicle that will somehow allow them to preserve their laws.

Protecting traditional family values (whatever they are deemed to be) would undermine the universality of human rights – that is, the principle that rights belong to all people by virtue of them being human. This time around, a majority of states from every regional group stood up against this movement. But they have not managed to block resolutions in the past – and the likelihood is that further resolutions, decisions, intergovernmental working groups and other soft law mechanisms will be deployed by countries seeking to advance this agenda.

The UN Human Rights Council achieves many good things, but its advances are all too easily undermined – and its mechanisms are now being abused to confer moral legitimacy on states that are brazenly violating human rights.

This will have, and is already having, serious consequences. The “soft law” produced may well be used in the near future by countries seeking to create test cases for customary international law on traditional family values, and the Council’s discussions and negotiations are now explicitly supporting and emboldening continued state discrimination based on sexuality or gender identity.

It is laudable that so many states from across the world came together to derail this most recent event – but those countries must remain vigilant, and must take the initiative to defeat these insidious efforts.

Rosa Freedman receives funding from the British Academy and the Society of Legal Scholars. She is affiliated with Universal Rights Group (advisory board ) and The Freedom Rights Project (principal investigator). 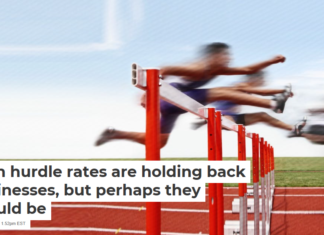